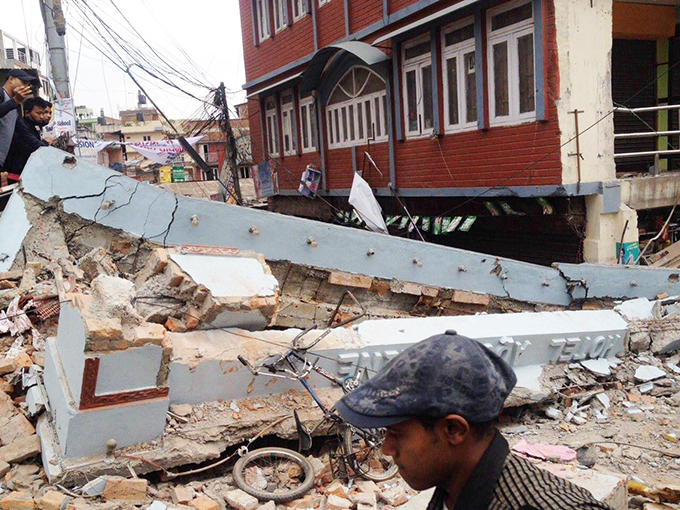 Nepal: ‘We salute those who are suffering with the suffering’

As a Christian mourns the 5,000-plus dead in earthquake — including at least four members of Churches of Christ — he thanks the responders who serve survivors

At least four members of Churches of Christ are among the 5,000-plus who died in the April 25 earthquake.

The grim news comes from Kaziman Shrestha, a Nepali Christian, in an email posted to the Facebook page of the Highland Park Church of Christ in Muscle Shoals, Ala. Mike Brooks, the church’s missions minister, makes regular trips to Nepal and Bangladesh to work with congregations and ministry training schools. The four souls who died in the quake lived in Nepal’s Rasuwa District — one of the regions hard-hit by the 7.8-magnitude quake. Most of the houses collapsed in the area where the church members died, Shrestha said.

Brooks told The Christian Chronicle that he knows of at least 100 Churches of Christ, with a combined membership of 2,000 to 2,500, meeting in districts of Nepal affected by the quake. Many are among the Tamang people, an indigenous group living among the Himalayas and traces their ancestry to nearby Tibet. Groups of 300 Christians have gathered for regular ministry training meetings in the region — some walking for up to three days to attend, Brooks said.

“They’re doing incredible work for the Lord,” Brooks said. Now, they’re in the midst of “an incredible disaster.”

The minister and Nepali Christians have not yet been able to contact anyone in the region. 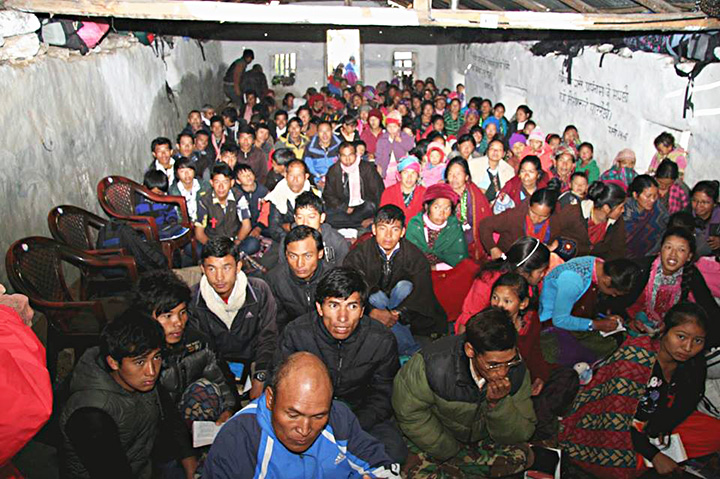 In November 2013, about 300 Christians, many of the Tamang ethnic group, gather for a ministry seminar hosted by a Church of Christ in the Dahding district of northern Nepal. Some walked for three days to reach the meeting, said missionary Mike Brooks. (PHOTO PROVIDED BY MIKE BROOKS)

However, “In Gaang village, almost all the houses were damaged greatly — including the church house,” Gopal said. “The preacher’s mother went to be with the Lord.”

“There are so many areas that are yet unreached by relief workers,” Chhetri said, “and there is the possibility of both dead and alive trapped inside collapsed buildings in Kathmandu and elsewhere. Now there are desperate needs for medicines, water, food and tents. The roads are badly affected and supplies are blocked.

“Life in Kathmandu is getting difficult and difficult,” he said. Some church members remain in open fields due to fear of aftershocks — and even “hesitate to enter their house even for food.”

Chhetri praised the first responders from around the world.

“We salute those who are suffering with the suffering,” he said, “irrespective of religion, caste, color, language and nationality.”

Following is a list of relief ministries accepting donations for Nepal. If you know of additional ministries collecting funds, please email us. Check back for updates.