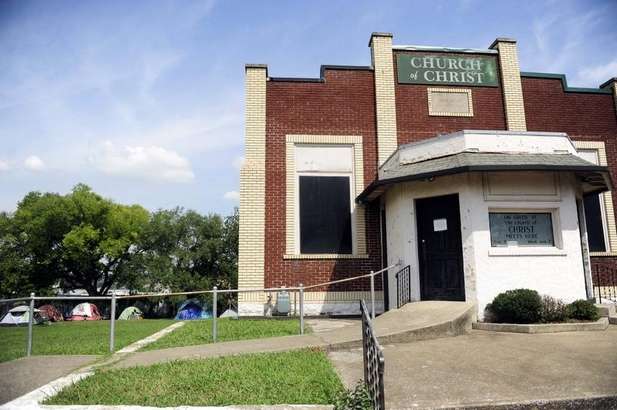 Tents are set up at a homeless camp at the Green Street Church of Christ, which is fighting efforts to have them removed. (Photo by Samuel M. Simpkins / The Tennessean)

As seen in Nashville’s The Tennessean:

Green Street Church of Christ has been on a mission to help Nashville’s homeless for years, but now the church says that mission is under fire.
In late June, the Metro Nashville Codes Department cited the church for having tents on the property where the homeless sleep, saying the property’s zoning does not allow camping.
The church vows to challenge the citation in court.
“It is the position of the church that they’re protected under federal statute and under the Constitution of the United States,” said William “Tripp” Hunt, the attorney representing the church.
Church leaders say they are following a biblical directive, in the 25th chapter of the book of Matthew, to help house the poor.