Thirteen people are dead, including the gunman and a sheriff's deputy, authorities report.

Pepperdine University has determined that multiple students were at a California bar and grill at the time of a mass shooting that left 13 dead, including the gunman and a sheriff’s deputy.

Many are burdened by a sense of certain loss for many in the Borderline shooting and, in our own community, fear of the unknown for one of our own. May God grant comfort to all impacted by this senseless tragedy. Our students are resilient, but the burden is great.

“At this time, the University is working to identify and provide support to those students,” the Malibu university, which is associated with Churches of Christ, said in a statement.

The investigation into what happened is ongoing. 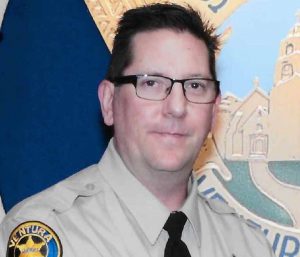 The Ventura County Sheriff’s Office has confirmed one of the first to the scene at the Borderline Bar and Grill was Sgt. Ron Helus, 54.

Helus entered the bar and was shot by the gunman.

“He went in there to save people and made the ultimate sacrifice,” Sheriff Geoff Dean told reporters in a press conference early Thursday morning.

The sheriff says the shooting started just outside the entrance. The suspect, now identified as 28-year-old Ian David Long, first shot an unarmed security guard at the door. He then entered the bar, turned to where several officers and employees were, opening fire. From there, the sheriff said Long began firing randomly into the crowd of patrons.

The Latest: A California sheriff chokes back tears describing his friend, Sgt. Ron Helus, who was shot to death going into the bar where a gunman ultimately killed 12 people. The gunman was found dead. https://t.co/Lro2MpMLCK

@aratells and I have been reporting live in #ThousandOaks about the #BorderLineShooting for @PeppGraphic since 1 a.m.
Confirmed info:
– Shooter killed 12 people inside Borderline, including a sergeant named Ron Helus from Moorpark
– Authorities found the gunman dead inside pic.twitter.com/u3SrrAJbCU

There was obviously chaos inside the bar.

Patrons ran and hid, some hiding in bathrooms, others leaving through emergency exits or breaking through windows to escape the gunfire.

“Unfortunately, our young people or people at nightclubs have learned that this may happen,” Dean said. “They think about that. Fortunately, it probably saved a lot of lives that they fled the scene so rapidly.”

Sheriff Geoff Dean : "I've been a cop for 41 years and I never thought I would see the things around the country that would happen. But I've learned it doesn't matter what community you're in. It doesn't matter how safe your community is . It can happen anywhere.”

Investigators are still unsure of a motive.

The names of the other victims have not been released. The sheriff said that won’t happen for a few hours.

While most of the Pepperdine students were safe Thursday morning, one freshman who had been at the bar was still unaccounted for.

Pepperdine freshman Alaina Housley is still missing after the shooting at Borderline Bar and Grill in Thousand Oaks last night: https://t.co/3r7ORxYcuQ@PeppGraphic will continue to cover and provide updates.

The scene of the shooting is a popular spot for students of Pepperdine.

“I’ve been there. Super scary,” she said of the shooting.

Wednesday nights are “College Country Nights” at Borderline, according to a YouTube video.

With a wide-open dance floor and blaring country music, Borderline Bar and Grill in Thousand Oaks offered an oasis from the cutthroat, make-it-or-break-it world of Southern California. While normally opening only to those over the age of 21, they make an exception every Wednesday night to host college night, allowing anyone over the age of 18 to enter.

Craving some good old-fashioned, sober fun, my sister and six of her friends ventured out to Borderline around 8 p.m. on this Wednesday evening. Donning cowboy hats and flannel shirts, they walked inside the dance hall after showing their IDs and receiving a stamp indicating they were under 21.

While the group failed miserably at line dancing, the night was filled with laughter and joy. They walked away feeling less stressed about classes and more connected as friends.

Madeleine Carr, the news editor for the Pepperdine Graphic, was going to go with her friends to the Borderline Bar & Grill for College Night, but stayed in to do homework, missing the shooting that took place there.

"We haven't heard back from everyone," she says of her friends pic.twitter.com/iNLfZWW2Ce

The sheriff’s office said the shooter was found dead at the scene.

He had been armed with a Glock 21. A .45-caliber hand gun designed to hold 10 rounds plus one in the chamber. However, he reportedly had “an extended magazine” on the gun.

The sheriff says it appears Long legally obtained the weapon used in the shooting.

Several people were injured as a result of the chaos that ensued as they tried to escape the bar. Most of those are believed to have been minor injuries.

A prayer service for the Pepperdine campus community has been scheduled for today at noon in Smothers Theatre.

"A prayer service for the campus community has been scheduled for today at noon in Smothers Theatre." https://t.co/MOXBXxgPh7