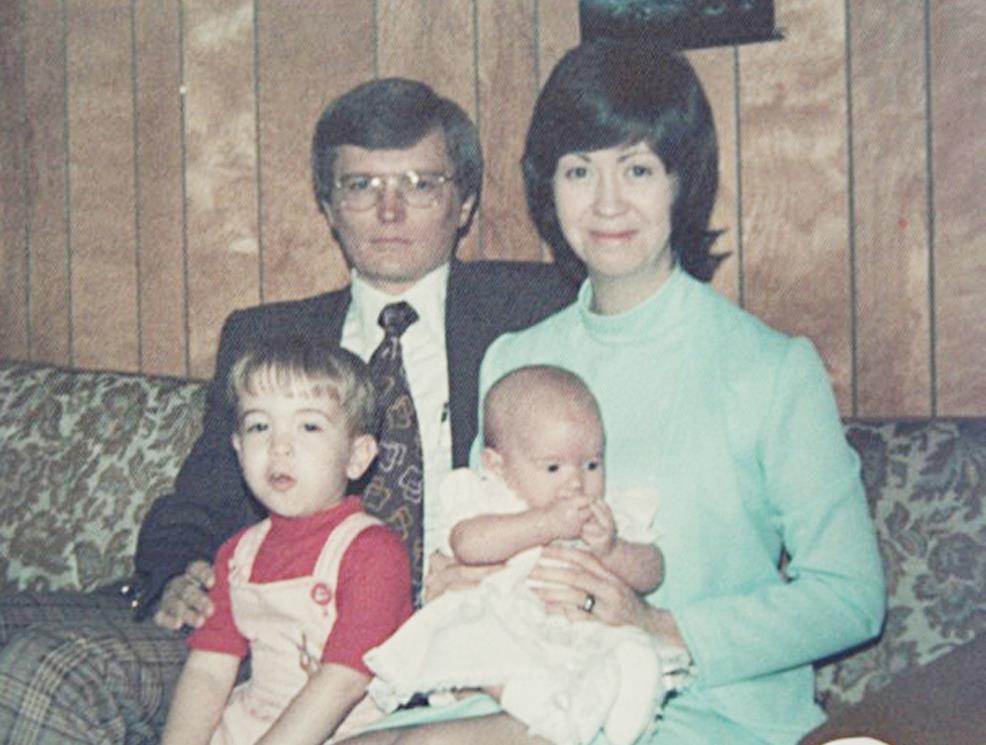 “Whatever may pass, and whatever lies before me. Let me be singing when the evening comes.”

I’m not looking forward to Mother’s Day this year.
I never have. It’s a schmaltzy, overcommercialized, pseudo-holiday that only greeting card companies enjoy — and mothers, I suppose.
For me, it’s just one more day to feel guilty about forgetting. And I have forgotten it. A lot.
Not this year. For many of us, this will be the first Mother’s Day that we’ll be unable to make that sheepish phone call, confessing that we didn’t get the card in the mail on time. Our mothers won’t be here to call.
I just read our blog post about church member Angi Brenton, who died May 8 after a three-month battle with pancreatic cancer. My heart breaks for her husband, son and daughter.

The Tryggestad family, ready for church during a visit to Tennessee, circa 1977. (Photo provided)

My mom’s battle ended Jan. 17, one day after my daughter’s fifth birthday, less than a week after my wife and I learned that our second child is on the way. It’s a girl — a girl who will have no earthly memory of her grandmother.

My colleague, Bobby Ross, dedicated a recent column to Mom’s final days. My dad, my brother-in-law and my sister did the heavy lifting during the five months after we learned it was stage four pancreatic cancer. I pray that my two girls will show the strength, stamina and humor my sister managed as she ministered to our mom.


Mom’s oncologist  — a sister in Christ, who attends the Woodmont Hills Church of Christ in Nashville, Tenn. — said that her goal was to see Mom through Christmas and New Year’s. (Thank you, Natalie. You did it.)
I was an observer during those months, flying back and forth between Oklahoma City and Nashville, saying goodbye to mom each time. We spent Christmas in Tennessee, when she had just started hospice care. Though frail and weak, she insisted on standing up, next to her hospital bed, and hugging me before we left. We both knew it would be the last time.
In the weeks since the memorial service, Dad has tried to stay busy, serving at his church wherever they need him and visiting his own mother, who lives in snowy South Dakota. When I invited him to join me at the Pepperdine Bible Lectures in Malibu, Calif., he jumped at the chance. 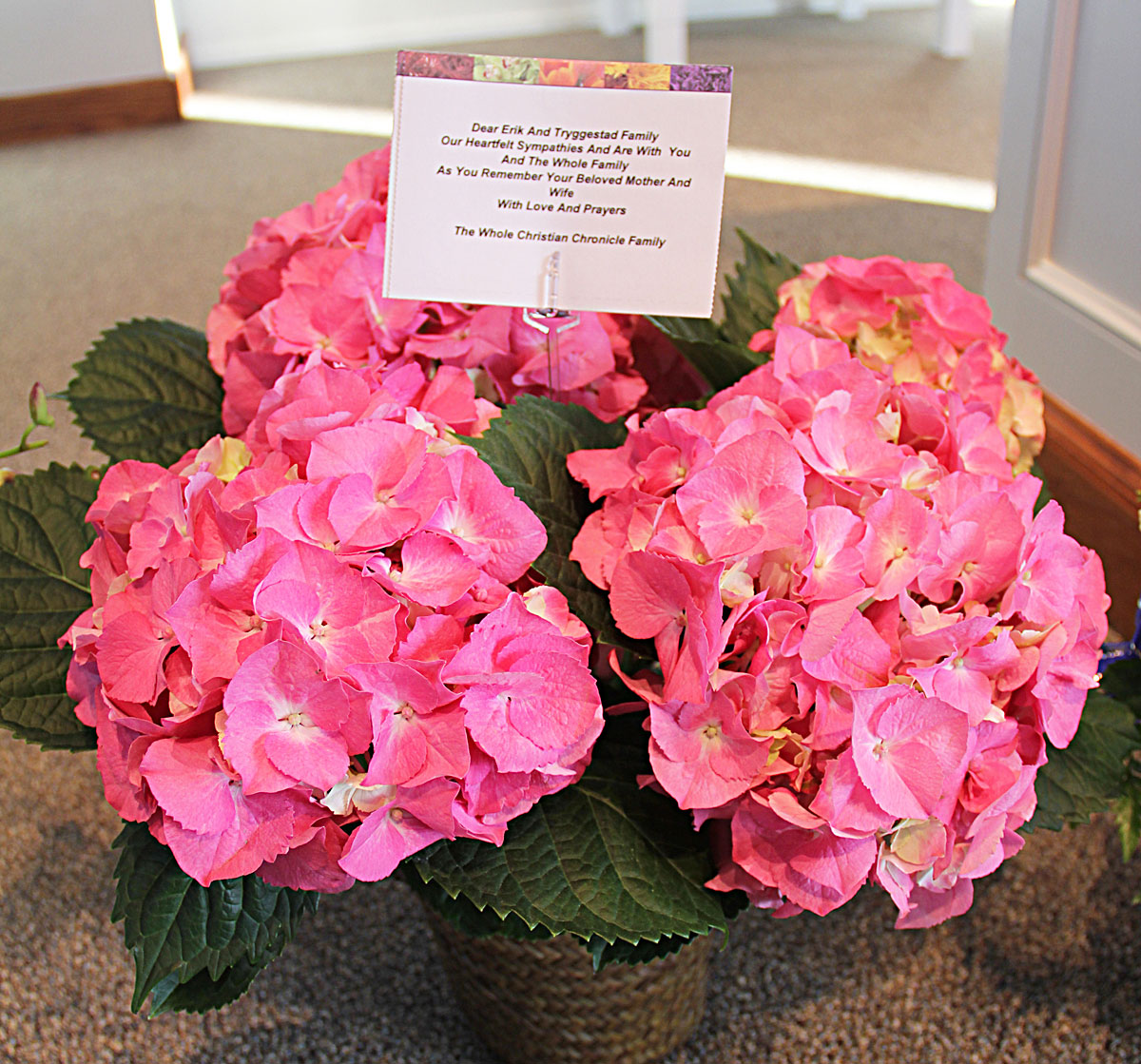 During the first night of the lectures, we stood in the Firestone Fieldhouse and sang alongside thousands. On stage, leading worship, was Zoe Group, an a cappella ministry from Nashville that includes David England, a former mentor of mine from my days at Lipscomb University. (How very Church of Christ that Dad should fly clear across the country to hear a group that lives a few miles away from his house.)

In my 11 years with The Christian Chronicle, I’ve attended church conferences around the globe. Having dad there with me made it special. But it also produced a strange sense of yearning. There, in the rafters of the Fieldhouse, I started to miss mom.
Almost on cue, the Zoe Group launched into its a cappella rendition of Matt Redman’s “10,000 Reasons.”
“Bless the Lord, O my soul, O my soul. Worship his holy name. Sing like never before, O my soul. I’ll worship your holy name.”
“I knew it,” I heard Dad whisper, resolutely. “I knew they’d do this song.”


Zoe’s version of the song, based on Psalm 103, is the song we played over a photo montage of mom during her memorial service.
Dad and I shed tears. I began to wonder if bringing him to Pepperdine was a mistake.
The moment passed, however, and our stoic, Scandinavian genes helped us regain our composure. We spent the next three days learning about the work of the church around the globe. I presented lectures on Christianity in Africa, alongside my good friend and Pepperdine professor Dyron Daughrity.
I introduced dad to Christians I’ve come to love from Ghana, South Africa, Nigeria and Singapore. We sneaked away one afternoon and explored Hollywood. I saw the footprints of R2-D2, C-3PO and Darth Vader at the Chinese Theatre. Dad got a T-shirt for my nephew.

As is often the case, the most memorable part of the lectures happened between the speeches and classes. I got to speak with a Christian who came to Malibu from much farther away than I did. (He asked me not to say exactly where for security reasons.)

This Christian grew up under a regime that didn’t care much for his family’s faith. His father, a devout believer, endured hardship because of his devotion. He was passed over for promotions and.gif?Action=thumbnail&Width=460&algorithm=proportionalts — including a TV.
I asked him if he ever resented his father’s faith, since it had denied him these.gif?Action=thumbnail&Width=460&algorithm=proportionalts. 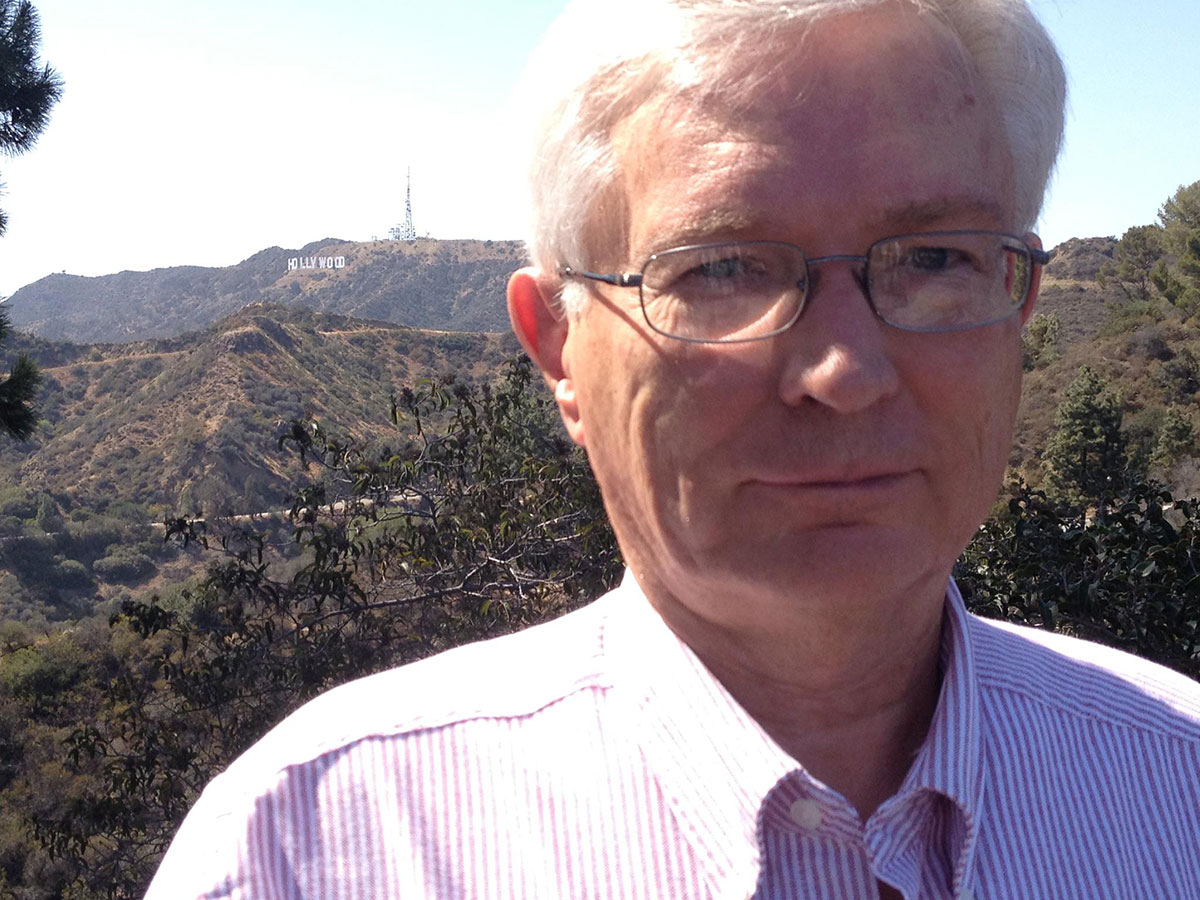 Dad goes Hollywood (that’s the sign way in the background) outside the Griffith Observatory in Los Angeles. (Photo by Erik Tryggestad)

“No,” he told me. “No, I was the.gif?Action=thumbnail&Width=460&algorithm=proportionalt.” He was born late in his parents’ marriage, and they reminded him, constantly, the he was their blessing from God. Now he preaches the Gospel, just like his father, who died about 10 years ago.

“We owe a lot to the faith of our fathers, don’t we?” I asked him. It wasn’t really a question. It was a realization.
I’ve known for quite some time that the work I’m doing for The Christian Chronicle relates directly to my parents’ devotion to God. Mom told me, repeatedly, that she prayed for me — much in the same way that Hannah prayed for her own son, Samuel, to be a man dedicated to the Lord. Throughout my life, mom and dad have been quiet examples of faith and perseverance.
I have thrived under the protection of my mother’s prayers. I have grown in faith by following my father’s example.
“For all your goodness I will keep on singing, 10,000 reasons for my heart to find.”
Yes, I will mourn on my first “white rose” Mother’s Day, but I will praise God all the same. I have 10,000 reasons to sing to my Redeemer.
About 9,900 of them come from mom and dad.
The life of mortals is like grass, they flourish like a flower of the field;the wind blows over it and it is gone, and its place remembers it no more. But from everlasting to everlasting, the Lord’s love is with those who fear him, and his righteousness with their children’s children —  with those who keep his covenant and remember to obey his precepts.