The largest Church of Christ in Montana swapped buildings with a Baptist congregation. Then a tragic death gave church members the chance to serve their new neighbors.

GREAT FALLS, Mont. —‘Yet who knows whether you have come to the kingdom for such a time as this?”

Members of the Great Falls Church of Christ find new meaning in those words from the Old Testament book of Esther when they consider their new church building.

Actually, it’s not a new building, per se.

The 216-member congregation, busting at the seams of its small, green meeting place on Central Avenue, had bought land and raised money to build a new facility just a few blocks away. But unforeseen costs — and unforeseen city ordinances — skyrocketed the price. So, instead, the church bought a building across town that belonged to a declining Baptist church, and vice versa.

Essentially, it was a building swap.

And it came at just the right time.

Barely three months after the Great Falls Church of Christ began meeting in its newly purchased facility on 6th Street NW — and four weeks before the church’s grand opening celebration — tragedy took the life of one of its teens. 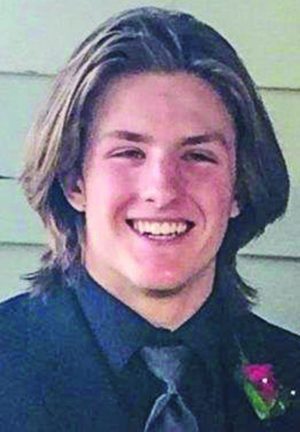 David Delcomte, 17, died in a July 27 cliff-diving accident at the Gates of the Mountains recreation area. Delcomte, who was part of the church’s youth group, was about to begin his senior year at C.M. Russell High School, where he was a starting outside linebacker for the football team.

“He’s our kid,” said Pam Alfred, whose husband, Bob, is one of the Great Falls church’s four elders.

And, thanks to the building swap, the church was now less than two blocks from the high school. The elders immediately offered to host the funeral. On the Wednesday after the accident, church members started a sign-up list to feed the hundreds of high schoolers expected to attend.

“By the end of Bible class, every slot was filled,” said Shirley Lukkason, wife of church elder Scott Lukkason.

The church brought in counselors and invited Delcomte’s teammates to the building for dinner. Matt Burleson, the church’s intern, spoke to them about their shared grief.

“David was part of your team; he also was part of our team,” Burleson told the student athletes, “and we want to help support your team.”

That support wouldn’t have been nearly as easy had the church been in the midst of constructing a new building on the other side of town, said Scott Lukkason.

“You never know what God’s going to do,” he said. “This whole process is not what we expected it to be.”

In this Great Plains town of 59,000 souls, less than two hours south of the Canadian border, the 71-year-old congregation had met in the green building for 45 years — and had grown to become Montana’s largest Church of Christ. Among its members are native Montanans, active and retired military personnel from nearby Malmstrom Air Force Base and outdoor enthusiasts drawn to the region’s renowned hunting, fishing, hiking and national parks. 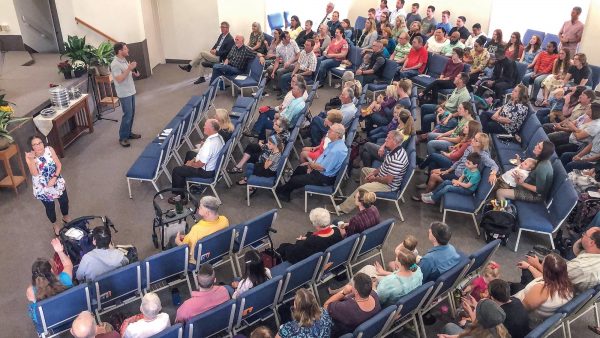 Jim Sullivan leads singing during the second worship service of the Great Falls Church of Christ as Patty Laird signs for the deaf.

In 2004, the church moved to two Sunday services to accommodate its membership but had little space for fellowship meals and a tiny kitchen. They bought nearby houses for office space. During Sunday Bible classes, the congregation was spread across three buildings.

Lukkason and his wife first moved to Great Falls two decades ago. Last summer, he and his fellow elders learned that the new facility they had planned, on land just outside city limits, would cost nearly $3 million.

The predominantly blue-collar congregation had given sacrificially during two capital campaigns, he said, but “we just didn’t have that kind of financial resources.”

He prayed that four-part prayer daily. One hundred days later, he got an email from a realtor.

“She said, ‘Well, there might be this church building that’s going to go on the market. They haven’t decided yet if they’re going to sell it or not. Would you like to look at it?’”

WHEN PROPERTY BECOMES AN IDOL

For nearly the same amount of time that the Church of Christ had considered moving, the Westside Baptist Church had been using roughly one-third of its 15,000-sqaure-foot building. 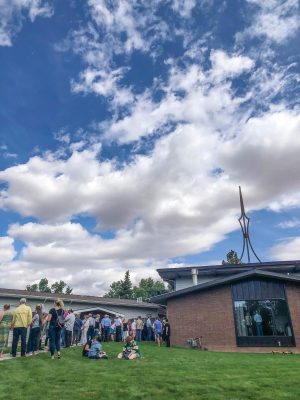 One “unintended advantage” of the Church of Christ’s new property is its lawn, said minister Scott Laird. Previously, “the kids couldn’t go outside and play.” Now they enjoy rolling down the grassy hill. In the winter, they’ll sled down it, Laird said.

That wasn’t good stewardship, said Joseph Moyer, a preaching elder for the Baptist church, which averages an attendance of 30 to 35 most Sundays.

“We were trying to maintain a property that wasn’t fit for us,” Moyer said. “We needed to make Christ a priority.”

The Baptists allowed multiple groups from the Church of Christ to tour the building.

“Everyone from the Great Falls church was wonderful, gracious, encouraging,” Moyer said. In the end, both congregations voted overwhelmingly to move.

For the Baptists, the decision to downsize was painful, Moyer said, but the process was bathed in prayer — and it has given the church the chance to focus on ministry and missions.

“We are not going to make an idol out of material things like property,” he added.

The church has renamed itself Cornerstone Bible Church of Great Falls. In a letter to its members, church leaders wrote: “A New Testament church is not defined by its facilities! Perhaps the Lord is calling Westside back to the Bible’s simple pattern.”

NEW FIELD FOR AN ‘AWAKE’ CHURCH

That made the availability of the property on Sixth Street seem almost miraculous.

“I thought I’d been in every church building in Great Falls,” he said with a chuckle, “but I’d never been in there.”

Since April, the Church of Christ has hosted five funerals in their new home, including the memorial service for David Delcomte.

The 225-seat auditorium was filled. So was the church’s fellowship hall, where a simulcast of the service was set up. Ministers and coaches talked about Delcomte’s devotion to faith, family and his teammates at C.M. Russell High, known in Great Falls as CMR.

Scott Laird, minister for the Great Falls Church of Christ, told a story he’d heard from one of Delcomte’s teammates, Keegan Barnes, a wide receiver. 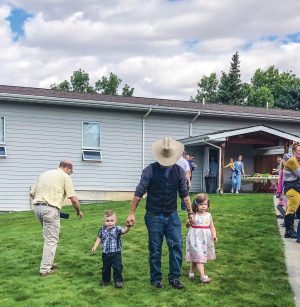 A father leads kids to the after-church carnival in Great Falls.

At football camp, Barnes would rib Delcomte during morning scrimmages, asking, “Are you awake?”

“After Keegan had burned David on a couple of pass routes, Keegan found himself flipping through the air and landing on his back,” Laird said. “David was standing over him with his hand out and asked, ‘Are you awake?’”

That may become the team’s motto for the season, coach Gary Lowry said. It may be the church’s, too, Laird added.

After the service, the mourners went to the nearby high school cafeteria, where church members fed more than 550 people. 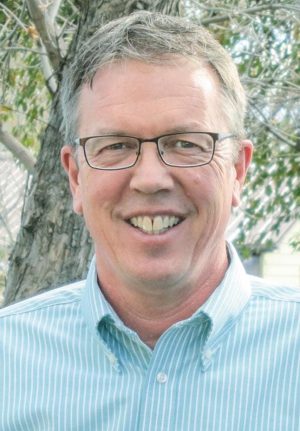 Church members hope to continue reaching out to CMR, Laird said. They’ve already noted a change in their own young people. One youth group member, who was a co-captain with Delcomte on a city club lacrosse team, recently made the decision to be baptized.

For elder Bob Alfred, the not-so-new church building isn’t what he envisioned. But maybe it was what they and their community needed, as the book of Esther says, “for such a time as this.”

“You know, there were a lot of people I think that probably weren’t excited about moving to the other side of town — And I was probably one of them, a little bit,” he said, before pausing to brush back tears.

“And then it hit me really hard one day. Who am I to choose where our ministry is?” After 70 years of serving Great Falls, “all of a sudden, it’s a new field.”