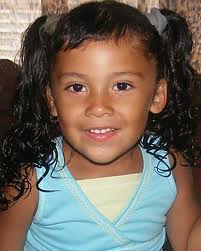 The case of 3-year-old murder victim BreeAnn Rodriguez has made national headlines.
Hundreds attended a Missouri funeral for the slain girl last month.
Services were conducted at the Senath Church of Christ. Minister Jody McFadden explained to The Christian Chronicle how that came to be:

The Rodriguez family did not attend here, but most of the members knew her and her family. Several were her neighbors and saw and spoke to her and her family on a regular basis. We opened our building to them as a community service. We have the largest auditorium in town (the funeral was attended by over 700 people, standing room only as well as some standing outside).
Plus, we are fairly close to the cemetery where she was buried. Per their custom, the family and pall bearers carried the casket from the building to the cemetery, no hearse, with many people and cars lining the road. It is about a mile to the cemetery.
It was a very emotional funeral as you can imagine. We were just glad we could help them and the whole community in some small way deal with this evil tragedy.