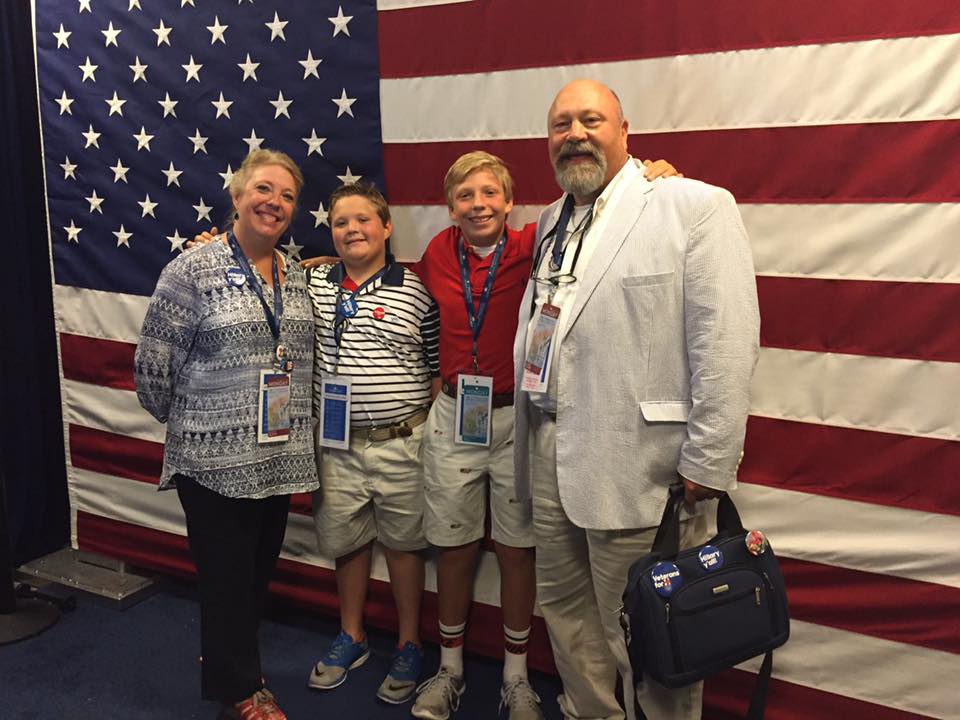 Mississippi church member serving as delegate at the DNC

K.C. Grist and her family worship with the Lee Acres Church of Christ in Tupelo, Miss. Grist, along with her husband and two sons, has enjoyed her time at the convention, she told The Christian Chronicle in a phone call from Philadelphia.

“This is truly everything I was hoping it would be,” she said. 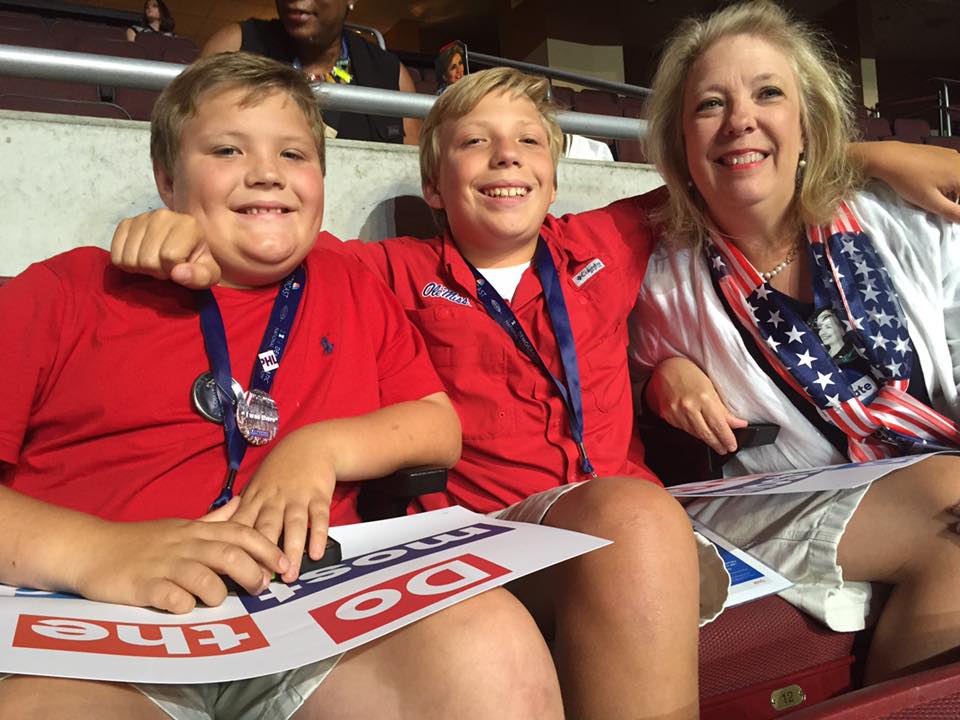 K.C. Grist pictured with her sons at the DNC.Her children, ages 11 and 13, attended the first two nights of the convention and heard speeches from First Lady Michelle Obama and President Bill Clinton.

“They’re pretty excited,” Grist said of her sons. One told her that he wants to serve as a delegate in 2020. She hated to tell him he wouldn’t be old enough, but added that she would encourage him if he still wants to serve eight years from now.

Grist says Bill Clinton’s speech about his wife Tuesday night was especially moving to her.

“I’m a mom and I look at how hard it is for me to balance my career and I look at what she (Hillary Clinton) has done,” she said. “She has persevered — in her career in her marriage. She has done it with grace and dignity and she hasn’t quit.” 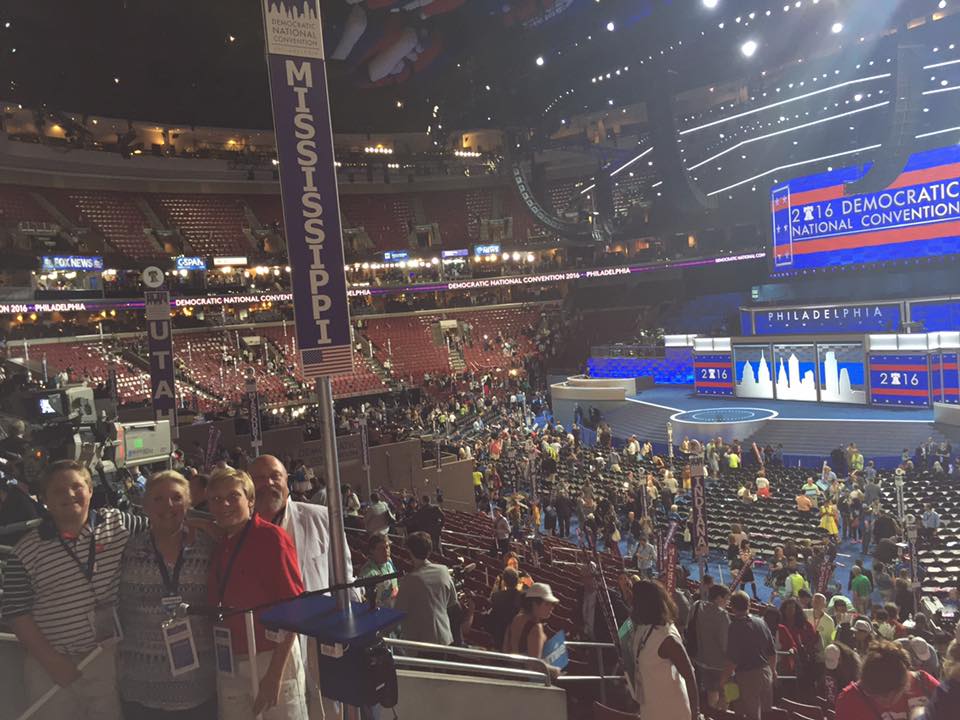 K.C. Grist with her husband and children at the DNC.After watching the Republican National Convention last week, Grist said she wasn’t sure what to expect in Philadelphia.

“My prayer was that it would be a peaceful convention a safe convention about pulling together for our country,” Grist said.
Related Article: Texas elder serving as delegate at the Republican National Convention