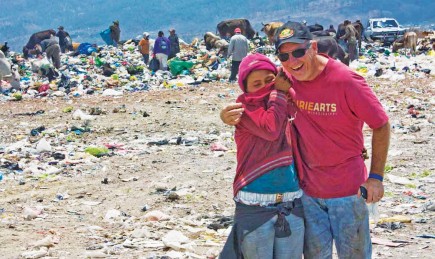 Missionary robbed of $7,500 to build houses for the poor

Erik Tryggestad
“Another great day in Honduras.”
That’s Marc Tindall’s typical sign-off as he posts news about his mission work on Facebook. It’s a mantra he continues to profess — even after being robbed of $7,500 intended to build four homes for the poor in the Central American nation.
Tindall, a retired executive for Nabisco, moved to Honduras six years ago with his wife, Terri, to oversee a children’s home. He had just withdrawn the money from a bank in the capital, Tegucigalpa, when two men he mistook for police ordered him to pull over.
The men snatched the money from Tindall’s truck and fled on a motorcycle. Tindall pursued them, eventually knocking them from the motorcycle and damaging the truck, Honduran newspaper El Heraldo reported. The thieves fled on foot.
“We are all fine, and God is good all the time,” Tindall told his Facebook friends, adding that he was “confident that the families won’t lose homes because of this.”
Trey Morgan, minister for the Childress Church of Christ in Texas and a longtime supporter of the Tindalls’ work, launched a campaign on his website to replace the stolen funds. More than 800 people shared Morgan’s post on Facebook, and within 24 hours, donors gave more than $7,500.
For more information, see treymorgan.net.