The Catholic church has chosen the first non-European pope in more than 1,200 years — Jorge Mario Bergoglio, the former archbishop of Buenos Aires, Argentina.
The new pope is the first from the Global South — regions of the world, including Latin America, Africa, Southeast Asia and the Indian subcontinent, where Christianity is growing rapidly. (See our recent series on Churches of Christ in the Global South.)
Jonathan Hanegan, a member of Buenos Aires Mission, shares his thoughts on the selection of Bergoglio, who will be called Pope Francis. Hanegan, who previously served in Venezuela, works with a new church plant, the Redeemer Church of Christ, and the Instituto Bíblico de las Iglesias de Cristo de Argentina.

In my opinion, the choice of an Argentine pope reflects the reality that the heart of Christendom is moving from Europe to the Global South. The transition between Joseph Ratzinger (academic theologian) and Jorge Bergoglio (a Jesuit pastor) is not surprising since Latin America and most of the Global South value relationships and communal living over dogmas and doctrines.
The Catholic church, Reformed and non-denominational churches have lost a lot of credibility in the public life in Argentina. Nevertheless, the Catholic church maintains much of its influence. Many young people in Buenos Aires participate in youth programs and evangelistic efforts throughout the country. Even more, people in our country are being served through social outreach programs of the Catholic church.
All people who profess to be God’s children in Argentina face several unique challenges:
1). The need for an articulate and intellectual defense of the Christian faith
2). The need for a life that gives testimony to the veracity of faith in Christ
3). True communal living with a mission that is, as Francis Schaeffer called it, the ultimate apologetic.
In terms of the relationship of the Churches of Christ in Argentina with the Catholic church, I think we should applaud their work for the poor of our nation and even imitate some of their programs while keeping our eyes on Christ Jesus as we strive to be God’s chosen people on his mission, according to the authority of God’s revealed Word. 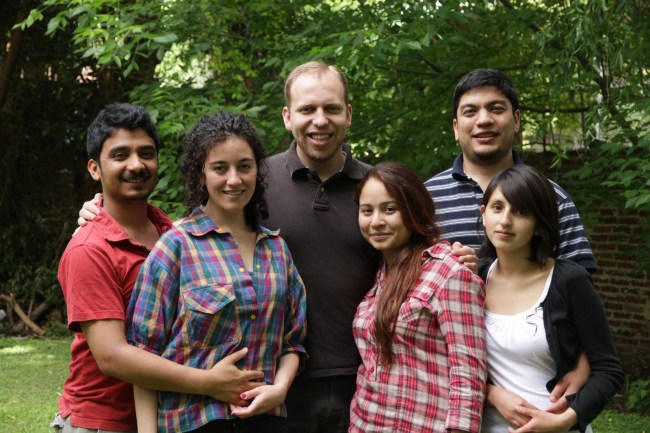