National
The Roehrkasses are in quarantine at the Marine Corps Air Station Miramar near San Diego. | Photo by Don Roehrkasse
Print
Share:

After two weeks in quarantine, Don and Cindy Roehrkasse, missionaries to Germany, are leaving a California quarantine facility.

The couple was forced into quarantine following a trip to visit their daughter in Wuhan, China.

The U.S. citizens were housed with about 200 others in a quarantine camp at the Marine Corps Air Station Miramar near San Diego. After arriving Feb. 5, they were required to stay there for two weeks. However, they were told that could change if anyone in the camp was found to have COVID-19, more commonly known as coronavirus. 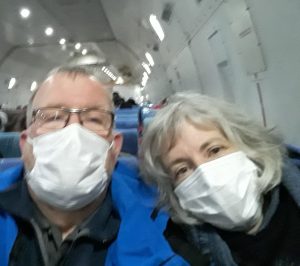 Don and Cindy Roehrkasse were required to wear masks for the entire flight from China to the U.S.

“On the one hand, I feel it’s almost overdoing it,” Don Roehrkasse said. “On the other hand, how would we feel if we were to be a carrier and made someone else sick? Better safe than sorry.

The Roehrkasses have served as missionaries in Germany for the last 37 years. Their daughter, Julia, works in China at a private school for international students.

In January, the American couple decided to visit her during the Chinese New Year celebrations. They left their home in Hildesheim, Germany, on Jan. 21, arriving in China on Jan. 22.

“We had heard a little about the virus, but at the time there was no major concern,” Don said.

But that quickly changed.

Within three days of their arrival, the city of Wuhan had been locked down, the Roehrkasses said.

Locked down as a result of COVID-19.

The virus has been confirmed in 26 countries, with the highest number of cases being reported in China, that’s according to the World Health Organization. As of Feb. 17, more than 71,000 cases of the virus were confirmed in China, with more than 1,770 deaths directly linked to the outbreak in that country. Beyond China, another 794 cases of the virus are confirmed, resulting in three deaths. It’s a serious health issue that WHO and other agencies are working to contain. (These numbers are changing daily. For the latest numbers go to www.who.int.) 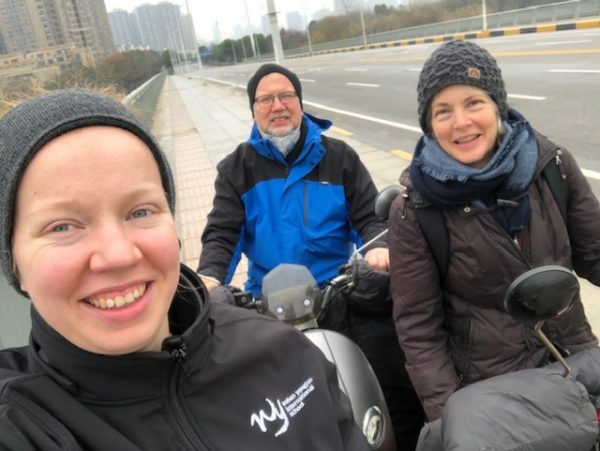 Don and Cindy with their daughter, Julia, in Wuhan, China.

During that time, the Roehrkasses were working with the U.S. State Department to get a flight out of China. German officials wouldn’t let them return to Germany. Those flights were reserved for German natives. So, they were forced to return to the United States.

On Feb. 5, they were flown straight to California to be housed with the other passengers at the base.

The flight was far from first class. They were traveling with more than 200 others on a converted cargo plane. Roehrkasse said the seats and bathrooms had been added to the plane specifically for this trip. They were required to wear masks for the entire trip, changing them every four hours to prevent the spread of germs. 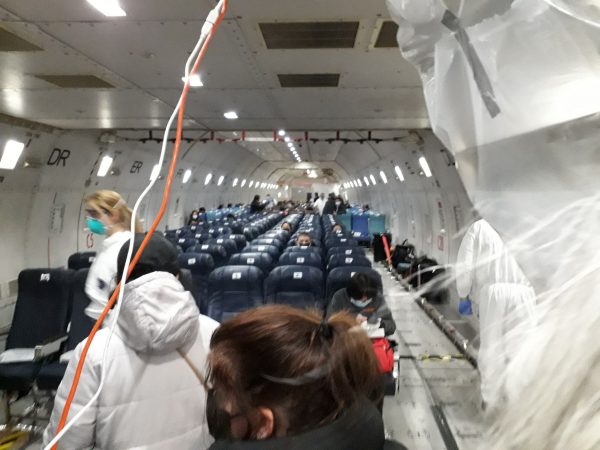 Don Roehrkasse took this photo of the cargo plane that brought them safely to the U.S. quarantine facility.

Roehrkasse said it was a tough trip, taking nearly 40 hours just to get out of China and back into the U.S.

They were told they would be held in quarantine for at least two weeks, but that things could change if any of the evacuees were diagnosed with COVID-19.

They were fed, but Roehrkasse said the food is similar to what they might get on an airplane.

Fortunately, some friends sent care packages via Amazon.com. Some even sent fresh fruits and vegetables, delivered from a nearby grocery store.

For those gifts, they are grateful.

Their daughter, Julia, stayed in China.

The school she works with is holding classes online to help keep everyone safe from the virus. Her parents are hoping and praying that she, too, will stay well.

“It gave us the opportunity to practice what we preach and give it up to God, asking him to take care of us and take care of the situation.”

During their time in quarantine, they tried to make the best of the situation, enjoying some forced down time and trying to not worry about what could happen.

“I think at the beginning the main thing was just a feeling of helplessness,” he said. “We were sitting there, and there was nothing we could do. It gave us the opportunity to practice what we preach and give it up to God, asking him to take care of us and take care of the situation.”

At the quarantine camp, they were allowed to leave their rooms and even interact with others. However, Roehrkasse said they were encouraged to stand several feet away from others so no germs would be passed.

“The virus is transmitted through droplets, so they want you to keep your distance if you don’t have a mask on. And they’re encouraging a lot of hand washing,” he said.

While it is a temporary inconvenience, they tried to stay positive.

“You kind of make yourself crazy if you dwell on it,” Roehrkasse said. “For us, we just have to give it up to the Lord.”

They were allowed to leave the quarantine facility on Feb.18. They are planning to spend a few more days in the area before getting on a flight back to Germany Friday. They have also learned they will be billed by the State Department for the flight out of China.

FORT WORTH, Texas — Some in the group have been sober for… 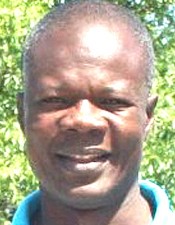 An outbreak of cholera in Haiti has claimed at least… 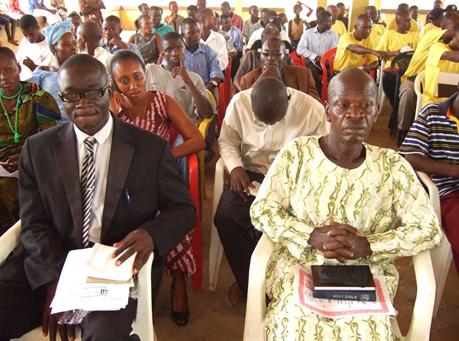 ‘We have all been victimized’ by Ebola