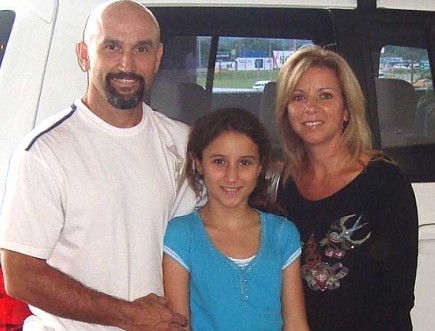 Missionaries in Panama not-so-lost at sea

Erik Tryggestad
Church members in Panama and the U.S. went to their knees in prayer — and launched a multi-national search and rescue effort — after hearing reports that a group of missionaries was lost at sea.
Less than 24 hours later, they learned that the missionaries weren’t lost.
In fact, they weren’t even at sea.
The mix-up started after Vince Payne and a group of missionaries including Kim Rowell, Ben Satteson and Jose Calderon traveled by boat to the remote village of Union Santena, Panama, to conduct Bible studies. Payne directs Panama Mission Foundation, a Madera, Calif.-based nonprofit supported by Churches of Christ.
There was no cell phone service in the village, but Payne found a working pay phone and called his wife, Gretta, on Aug. 9, telling her he’d likely return to their home in the capital, Panama City, on Wednesday, Aug. 19. The next day, the pay phone stopped working, Payne said.
On Friday, Aug. 14, Gretta Payne received a report that the missionaries had left the village and headed out to sea two days earlier. The trip to Panama City should have taken only a few hours. She alerted Panamanian authorities and U.S. supporters. Christians in both nations made phone calls, mobilized search parties and gathered in churches to pray.
Meanwhile, Vince Payne and his fellow missionaries continued to teach Bible lessons in the village. The next day, they traveled by boat its next mission point — the city of Chiman. As the missionaries waded ashore, members of the national police force met them.
“While walking to the office, they began to explain that there was a nationwide alert, and that everyone in the country had been looking for us,” Vince Payne said. “Boats, helicopters and planes were involved in the search.
“We had no idea what was going on — or why they might be looking for us.”
As police called off the hunt, Vince Payne found a working phone and called his wife.
“I want you to know how thankful I am that you were searching, praying and comforting Gretta while we were out of communication,” Vince Payne told supporters in a recent message posted to Panama Mission Foundation’s Web site, www.panamamission.org.
Don Winner, a private pilot, was in the air searching for the missionaries when he learned that they were safe in Chiman. He promptly turned the search and rescue mission into a sightseeing trip. Off the coast of Panama, he spotted three humpback whales.
“You can’t beat a happy ending,” Winner wrote in a recent blog post. “No one got hurt, everyone will be back home safe and sound, and I got a chance to see some whales.”