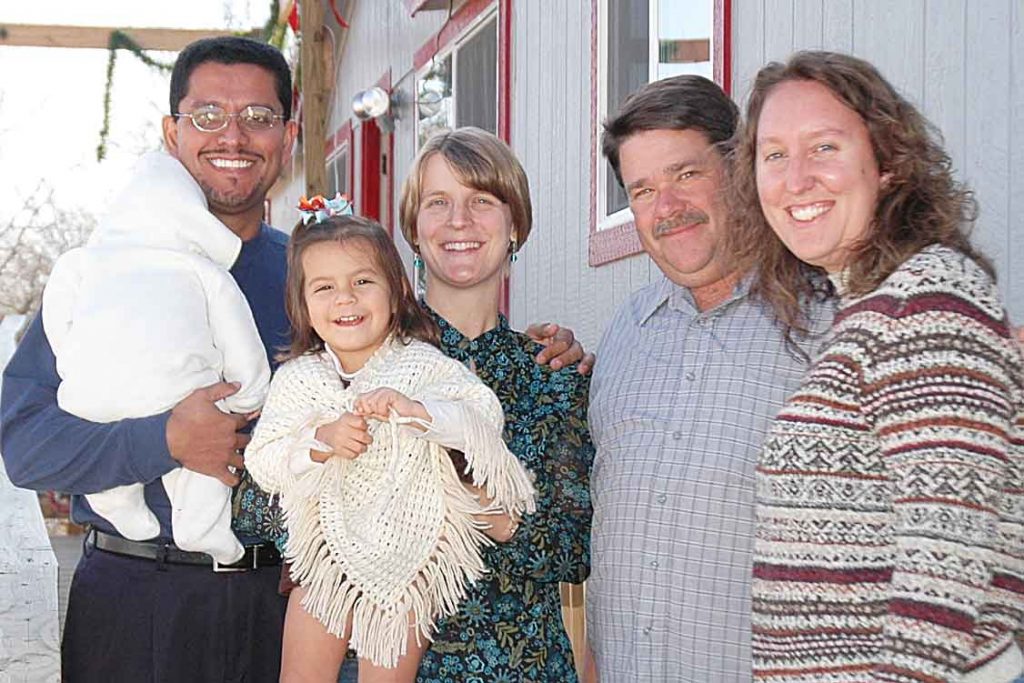 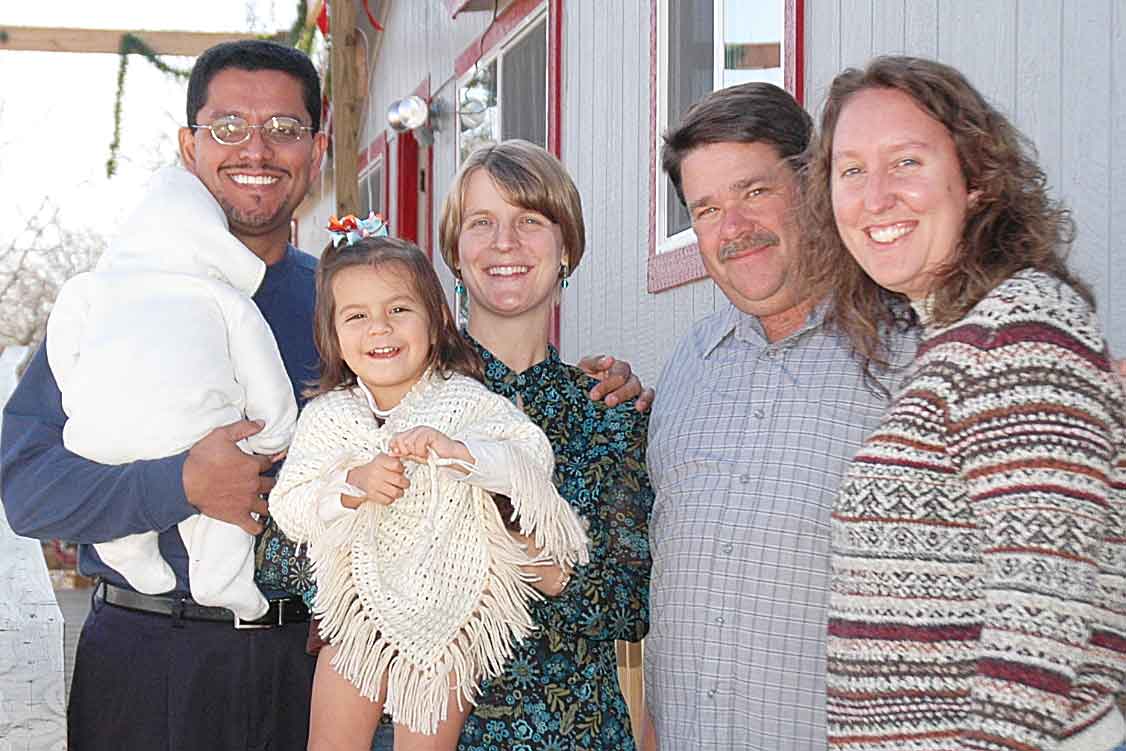 Serving the Riverside Resource Center are Enrique and Laura Najera, with their two children, and Jonathan and Sheila Holland. (Photo provided)

New on The Christian Chronicle’s website, an expanded version of our feature on the Riverside Resource Center, a church-supported ministry in a Georgetown, Texas, trailer park, and ministry director Jonathan Holland:

In Georgetown, the Riverside Resource Center had its genesis in an offhand comment Holland made during a fall festival.
Four years ago, the 500-member Georgetown church launched the festival as a community outreach, said church elder Bill Painter. Leaders of the 118-year-old congregation were looking for ways to help the church be more outward-focused, Painter said.
A school in a low-income neighborhood was the original site, but school district officials raised concerns about a church using public property, Painter said. The congregation had to look elsewhere.
The school’s principal recommended the Riverside community for the event. After the festival, Holland delivered Thanksgiving meals to families in the trailer park.
“I was talking to the manager in the office and I said, ‘You need a community center out here,’” Holland said. “And two days later, I had an e-mail saying, ‘We’d like to talk to you about the community center.’”

I visited the resource center during a reporting trip to the Austin area. I was in nearby Cedar Park, interviewing staff and volunteers with World Bible School, about the ministry’s new initiative to reach souls here in the U.S. (Look for a story about that in the near future.)
Bill Painter, an elder of the Georgetown Church of Christ, works next to the WBS facility and gave me a ride to the resource center. I met Jonathan and his wife, Sheila, and the Najera family (Enrique, Laura and their two kids) during the visit. I also got to see the ministry’s third baptism.
After the baptism, I was part of a big group treated to dinner at Rudy’s Bar-B-Q in Austin. Excellent cuisine. A big thanks to the Najeras for that. (The hand-washing machine alone was worth the trip.)
In the story, I didn’t get to spend much time on Jonathan’s Sight for Sore Eyes Foundation. It’s a ministry with several components — including medical missions and glasses for those in need in North and Central America. The Riverside Resource Center is part of the foundation. Jonathan seeks additional sponsors for the work as it transitions out of the Georgetown church’s oversight. See the ministry’s website for more info.