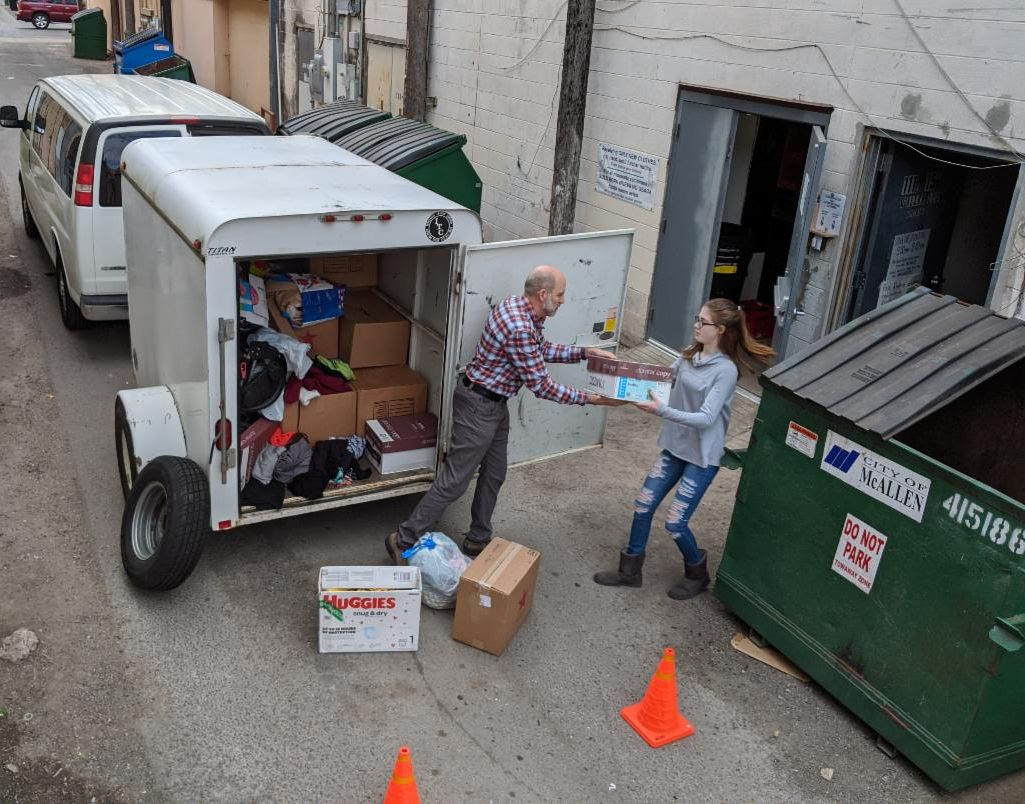 National
Luke Smith and his daughter unload donations at a respite center near the border. | Photo provided by Luke Smith
Print
Share:

After a truck and trailer full of donations is stolen, a Houston church steps in.

A trailer full of donations and the truck carrying them were both stolen as members of a North Carolina church worked to help those struggling at the border.

It was the day after Christmas, and Luke Smith and his daughters were traveling to the Texas-Mexico border with a U-Haul full of donated winter clothing. 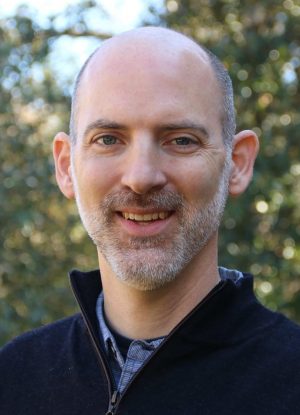 Smith, an elder of the Cole Mill Road Church of Christin Durham, N.C., had been inspired by a sermon to help those in need during the holiday season.

“(Our minister) brought us a message of hope as he spoke about John the Baptist and challenged us to look outside the typical Christmas manger scene to have eyes and hearts for those who are on the fringes of society,” Luke Smith, the group leader, wrote in an email to his home congregation shortly after the trip.

He went on to say that many in the congregation felt called to help those at the border. So, they contacted a respite center at the border and learned warm, winter clothing was what was most needed.

The church and several other community organizations came together, gathering a trailer full of warm clothing.

Smith and two of his daughters volunteered to take the donations to the border. It was a 22-hour journey from Durham to McAllen, Texas. Along the way, they stopped in Houston, waiting on Smith’s wife who was flying in to travel with them. While waiting, they decided to head to a Houston mall where they could watch a movie.

However, while they were in the theater, someone took off with the trailer, the truck, and all the donations inside.

“My daughter, Lilliana, expressed feeling like the families at the border —  a long way from home, scared, and having so much taken from her,” Smith wrote in an email. “We talked about the word solidarity and what it means.”

That’s where this story takes a turn.

Smith contacted friends at the Clear Lake Church of Christ in Houston, letting them know what had happened.

“They put an appeal to members from their church and just the larger community down there,” Clear Lake minister Byron Fike said in an interview with Houston’s ABC11. “They just let them know the story — that this is what happened and to see if there was [any way] they could get more clothing donations.”

Less than a day later, the group received a van and a trailer full of donated items from the Clear Lake church — more than they initially had even.

“You intended this for evil, but God intended it for good — just one of those reversal types of stories,” Fike said in an interview with ABC11. “There’s the theft that happened, but there’s this goodness that came in response to that that has even overwhelmed the feeling of the theft.”

Excited and grateful, Smith and his family continued their journey, taking the new donations to the border. Then, the day they arrived at the Humanitarian Respite Center in McAllen, Smith received a call from the Houston police. The stolen truck and trailer had been found. Not only that, all of the donations from North Carolina were still inside. 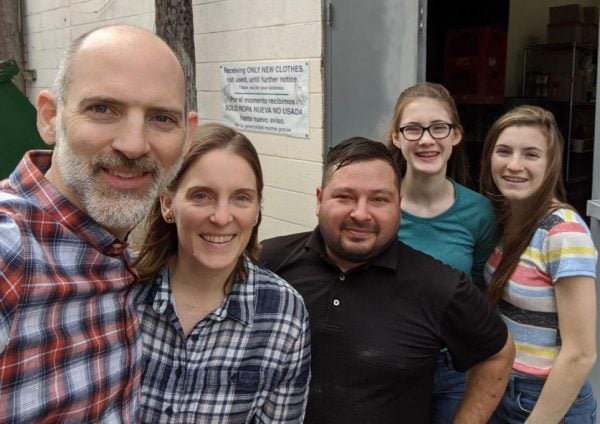 The Smith family with a worker from the Humanitarian Respite Center, in McAllen, Texas.

Members of the Clear Lake church drove the recovered truck and donations to the border a few days later.

“Our goal was to take donations and raise awareness,” Smith wrote in the email. “Through the mishap, we were able to take twice as many donations to the families at the border.”

Smith said he’s glad to have been a part of something that raised awareness for what is happening at the border and brought support to the families who are suffering.