LORAIN, Ohio — This struggling Rust Belt city of 64,000 souls can use a little hope.

“The people of the city of Lorain have long been noted for embracing an ethic of hard work in the factories and mills that used to populate the area. Now, their hard work is channeled into merely surviving.”

A ship-building company, an automotive plant and steel mills along Lake Erie — at the mouth of the Black River — once provided thousands of jobs for the community 30 miles west of Cleveland.

But then came decades of deindustrialization: Jobs disappeared. Families moved away. The poverty rate shot up.

“The people of the city of Lorain have long been noted for embracing an ethic of hard work in the factories and mills that used to populate the area,” said Matt Raines, minister for the New Beginnings Church of Christ in the nearby town of Amherst. “Now, their hard work is channeled into merely surviving.”

To aid in that survival, a ministry called We Care We Share — with strong ties to the New Beginnings church — helps thousands of residents a year with food, clothing and services ranging from health fairs to job training.

The faith-based nonprofit aims to be a “one-stop shop” for those in need, said Bill Hurley, a New Beginnings member who co-founded We Care We Share in 2007.

“We’ve got people that do counseling services. We’ve got medical services where there’s blood pressure screenings, where there’s HIV testing, all that sort of thing,” Hurley said. “And it works out really nice because they come here expecting food, and they get a lot more.”

The organization relies on devoted Christians such as Raines and Joshua Pryor, who served 10 years in the U.S. Army, including three tours of duty in Iraq and one in Afghanistan.

Pryor, who received a medical discharge from the Army, volunteers with We Care We Share three to four days a week.

A lot of people in Lorain have lost hope, Raines said. 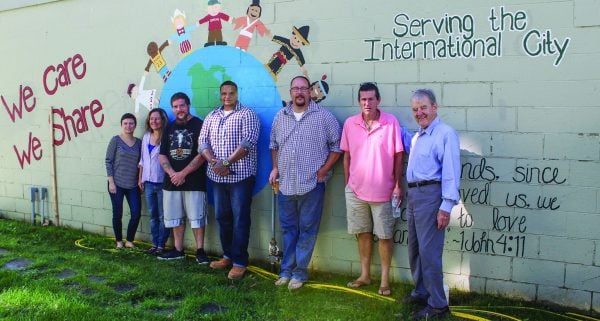 From ‘loser’ to somebody

We Care We Share started in an abandoned grocery store, but five years ago, it moved into a converted three-story house furnished by the city.

The former residence originally was owned by a doctor who moved to northeastern Ohio in the early 1900s to provide medical care for steelworkers and their families.

At the original location, clients lined up in the snow or 100-degree heat and waited for assistance, Hurley said. 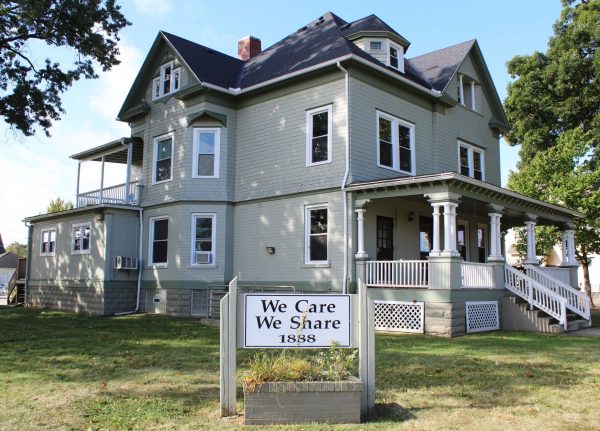 We Care We Share serves the poor in a converted three-story house in Lorain, Ohio.

Now, they can come inside, grab a coffee and a bowl of soup and relax in a comfortable seat until it’s their turn.

Before Shawn Crooks came in contact with We Care We Share, nobody ever told him he could be somebody, he said.

Crooks, a self-described “three-time loser,” spent a quarter-century in and out of prison for crimes such as robbery and assault.

“I didn’t talk to nobody the first day,” said Crooks, 51. “I got my food box and left. But something kept bringing me back, even on days when they wasn’t even passing out anything.”

Hurley and his mother, Peggy Craig, who at age 85 remains a regular We Care We Share volunteer, showed love to Crooks and changed his life, he said.

“Out of nowhere, she just opened up her arms and hugged me,” Crooks said, referring to Craig. “She still hugs me today. She told me, ‘You just hang in there. Something’s going to come your way, but you have to go get it.’”

That was three years ago. 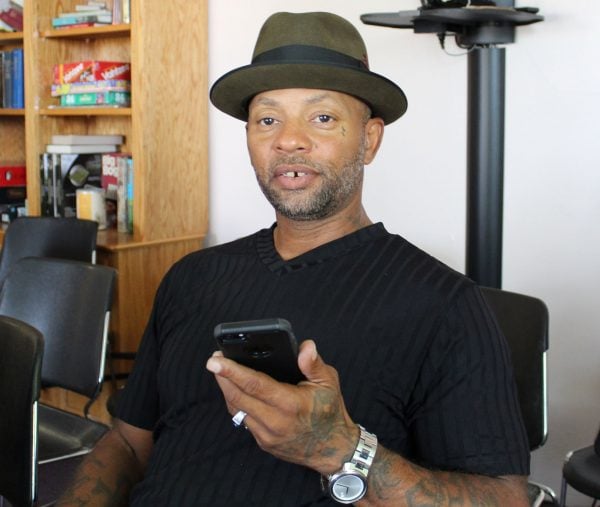 Shawn Crooks discusses his experience in an interview with The Christian Chronicle.

“The people here, you know that they care. Even if you feel like you’re alone, you’re not.”

“The people here, you know that they care,” said Franklin, who started working in the ministry’s greenhouse, growing tomatoes, green beans and other vegetables. “Even if you feel like you’re alone, you’re not.”

After years away from God, he even began worshiping with the New Beginnings church.

As Raines sees it, We Care We Share exemplifies how Christians can serve a city in distress.

“People in the Northeast feel forgotten due to the effects of deindustrialization,” he said. “But here in Lorain, the kingdom of God is remembering the poor.” 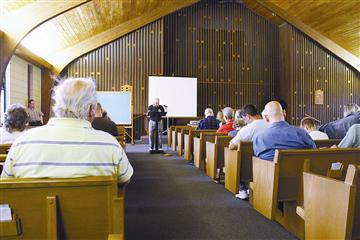 In Rust Belt, active evangelism boosts a Church of Christ

PITTSBURGH — In some ways, a visit to the Whitehall Church…