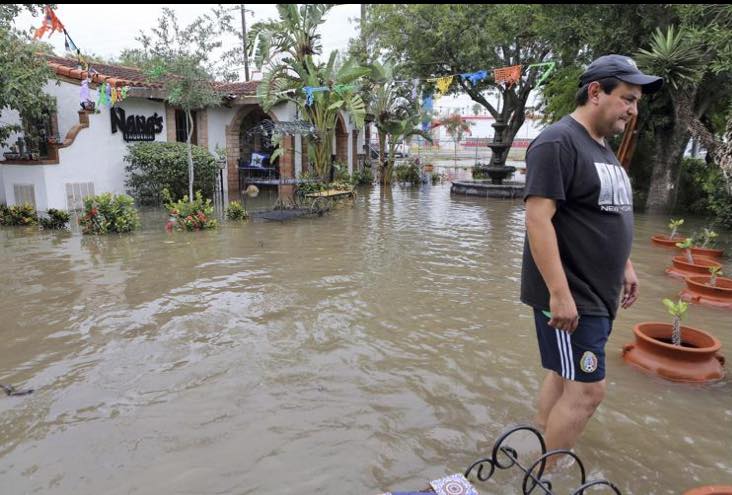 In Weslaco, Texas, a community of about 40,000 near the Mexican border, Churches of Christ Disaster Relief Effort has delivered two tractor-trailer rigs full of food, cleaning supplies and other emergency items.

Related: Responding to that other crisis on the border

The boxes were unloaded and distributed to hundreds of victims at the Bridge Avenue Church of Christ, said Ken Leonard, associate director of development for the Nashville, Tenn.-based national ministry.

Floods don’t receive as much media attention as hurricanes or tornadoes, Leonard said, but about 2,000 homes and 100 businesses flooded last week in Weslaco.

“Texas is tired after Hurricane Harvey, the roughest disaster in its history,” said Leonard, who is on the scene in South Texas. Moreover, he added, “The Texas Valley is remote. It really isn’t on the way to anything, and many volunteers combine disaster relief with another destination.”

But volunteers are desperately needed, he said. 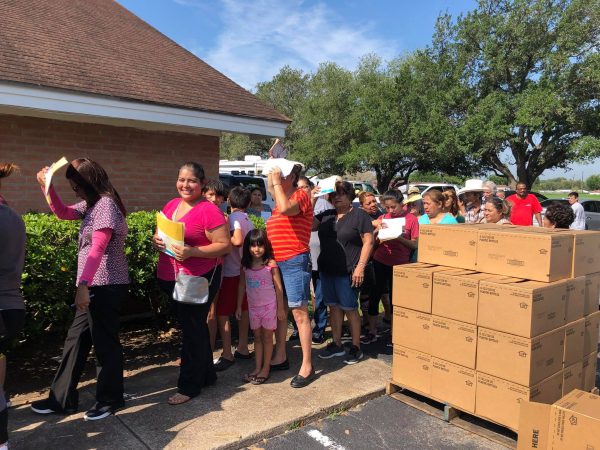 Flood victims line up to receive help at the Bridge Avenue Church of Christ in Weslaco, Texas.

Along with Leonard, John King and Laura Cremeans from the Ohio-based Churches of Christ Disaster Response Team were present Sunday as the Bridge Avenue church worshiped — in English and Spanish — after the flooding.

The first truckload of relief had arrived at 8 a.m. previous day: Roughly 50 church volunteers — including ministers Cary Gillis and Hugo Camacho — sweated side by side Saturday as they passed the boxes through a narrow side door and into the fellowship hall.

“The plan was to unload the truck and start helping victims at 10 a.m.,” Leonard said. 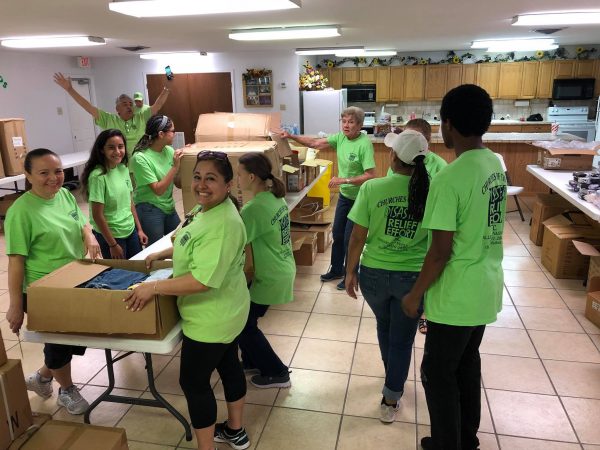 However, the local television news had reported on the truck’s impending arrival the previous night. By 9:30 a.m. Saturday, dozens of victims lined up outside the church. Elders Baldo Cantu and Bill Roach decided to open the sign-in table early.

The second truck came Tuesday, and a third may be dispatched soon.

“Again, dozens of members of the congregation showed up on (Tuesday) morning to help their neighbors,” Leonard said. “So many people showed up that they used the auditorium for a waiting area and to fill out paperwork.”

The Churches of Christ Disaster Response Team organizes volunteer groups that help clean out homes and make them livable again. The Ohio-based group works with the Nashville ministry to get beds, furniture and appliances to the neediest families, Leonard said. To volunteer, see the team’s website.

Also planning to help in South Texas: Disaster Assistance CoC. Mike Baumgartner is president and CEO of that Lake Jackson, Texas-based ministry, which provides hot meals to victims and volunteers. Baumgartner said he expects to be set up in Mercedes, Texas, by the end of the weekend. 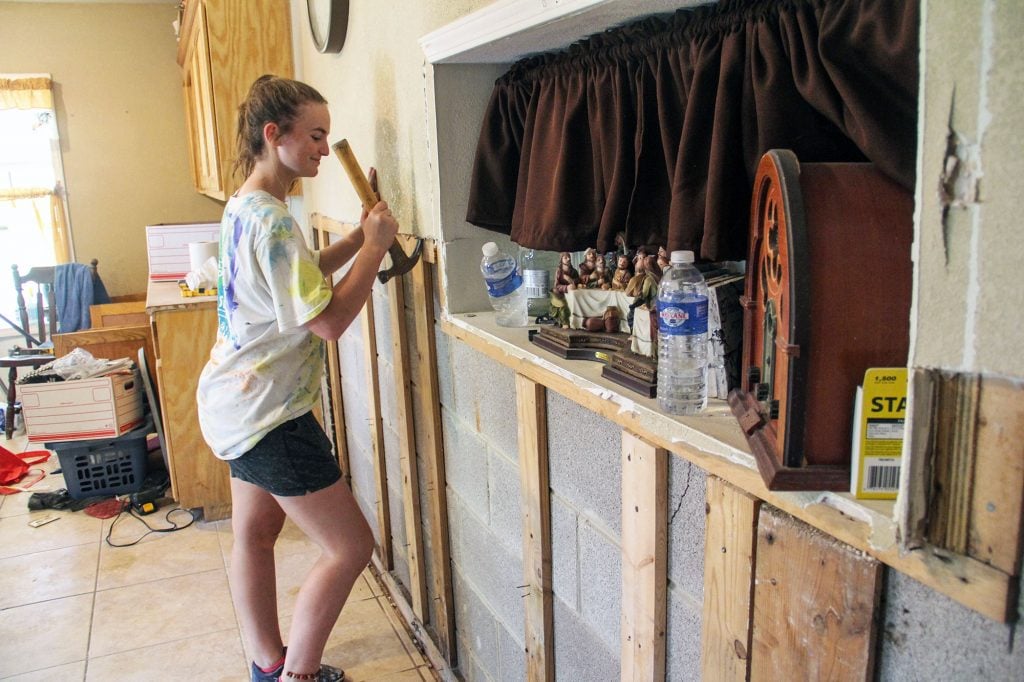 McALLEN, Texas — For weeks, the world’s attention focused on…