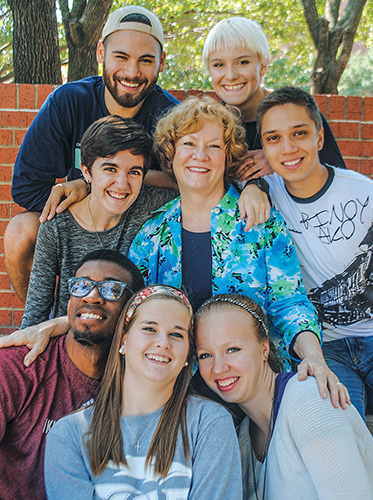 Ministering to a world of hidden immigrants

Lynn McMillon
President Emeritus
Nancy Hartman’s mission to a land down under has become a ministry for children — and parents — the world over.

She and her husband, Kent, served for nearly 18 years as missionaries to Campbelltown, a suburb of Sydney, Australia. Along with three other couples, they planted and nurtured a Church of Christ. They also raised three children in a culture that — despite a common language — was different from their own.

When the Hartmans returned to the U.S., their children struggled to adapt. Not quite American and not quite Australian, they occupy a demographic called Third Culture Kids, or TCKs. They soon learned that other families — those who had lived overseas for work or military service; those with parents from two different cultures — had similar experiences. Nancy Hartman saw these challenges as God’s call to a new mission.

For the past 12 years, she has studied and trained to help TCKs searching for a sense of place, connection and identity. She is a co-organizer of Global Reunion, an annual camp for TCKs and their families on the campus of Oklahoma Christian University in Oklahoma City. This year’s 10th reunion included a record-breaking 135 participants representing 39 countries.

The Hartmans are missionaries-in-residence at Oklahoma Christian, where they serve new generations of mission-minded students. In 2006 they helped launch InterMission, a ministry that helps equip, encourage, prepare, and appreciate those engaged in various stages of mission work.
What is a Third Culture Kid?

In the 1950s, sociologist Ruth Useem identified Third Culture Kids as children of people working outside their passport country. These children grow up with the influence of their parents’ home culture but also absorb and identify with the culture where they are living.

Their experience, perspective and way of thinking is unique. Their tools for navigating life come not so much from their parents’ home culture or from their environmental culture, but from a combination of cultures.

What’s interesting is that TCKs worldwide find commonality, whether they grow up in Australia with American parents or grow up in Africa with Japanese parents. They share a third culture experience, even if it’s not the same culture.
What challenges do TCKs face when they return to their parents’ home culture?

“Return” is not always the right term. Often, the children have never lived in their parents’ home country. Here are some of the common issues:
• Divided loyalty. TCKs often feel divided between the country they lived in and loved and the country on their passport. Often there is the feeling that, if they acknowledge that they like things where they are, they’re being disloyal to the country they left.

• Hidden immigrants. To most people, TCKs look and sound like other American kids. In actuality, they think in a different language. Sometimes they have difficulty deciphering what is right and wrong, funny or not funny. They make cultural mistakes and have no idea they are doing so.

• Unresolved grief. When a child leaves a country where he or she has lived for a significant number of years, there’s grief. When family and supporters greet them with “welcome home” parties and tell the kids, “I bet you are glad to be home,” it’s difficult for TCKs.
What is at risk if we do nothing to support and serve TCKs?

TCKs who do not develop skills for entry into their home culture are at high risk for depression and, in rare cases, post-traumatic stress disorder. They often find the wrong people as mentors and learn inappropriate cultural behaviors.

They can make cultural mistakes unknowingly, thus becoming ostracized. Then they begin keeping their cultural experience to themselves in fear of making other cultural mistakes. Their struggle with grief and identity is often mistaken for rebellion and anger, which also causes rejection.
How should this affect the way churches care for missionaries?

Churches that send and support missionaries need to be aware of these challenges, especially as the families return from the field.

Sometimes we do a better job preparing missionaries for culture shock as they go into the field than preparing them for reentry — which often can be just as challenging, or even more so.

Churches need to raise their awareness of this phase of missionary care and be sure that their missionaries are given the tools for a successful cross-cultural transition.
What benefits do TCKs bring to ministry?

They know what it is like to be the outsider. They naturally reach out to others who feel that they don’t fit in.

TCKs possess strength and experience that can bless churches and communities. Giving them tools to successfully make the cross-cultural transitions in their lives pays great dividends to all the lives they touch. 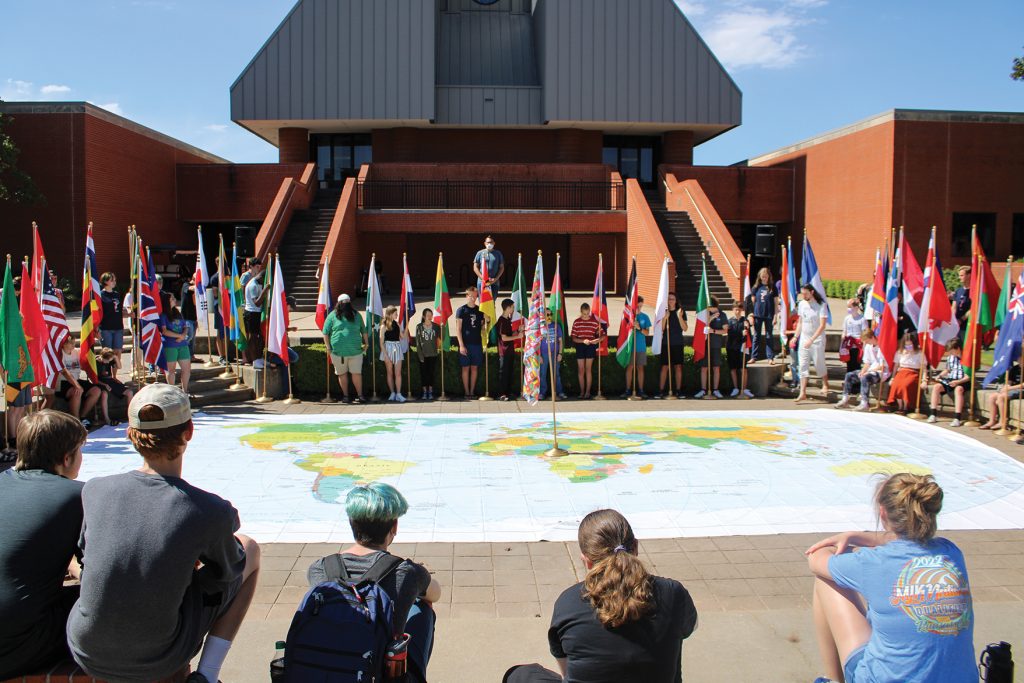