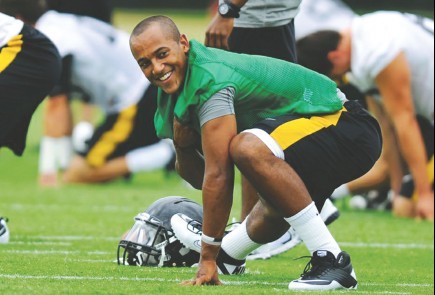 What a difference a year makes.

The University of Missouri finished the 2012 football season — their first in the Southeastern Conference — with a 5-7 record and only two wins against SEC teams.

Now the Mizzou Tigers are 11-1 and play on Dec. 7 for the SEC championship against the other conference Tigers — Auburn (which, by the way, was 3-9 last year. That’s ancient history, however, after Auburn’s amazing last-second victory over Bama.)

Both teams are very much in the national title discussion. (Well, sort of.)

At the center of it all — or just behind the center, actually — is Mizzou quarterback James Franklin, the son of Willie Franklin, a renowned evangelist and sought-after speaker among Churches of Christ. 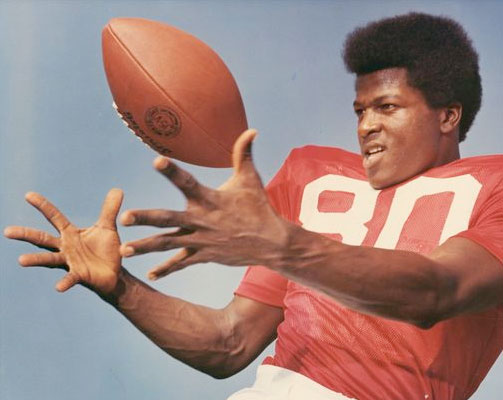 Willie Franklin, circa 1971 (PHOTO VIA NEWSOK.COM)

The elder Franklin spoke to The Oklahoman about his own college football memories as an Oklahoma Sooner. Most the conversation revolved around football, of course, but he did mention a bit about his experience as a missionary in the South Pacific nation of Papua New Guinea:

We moved to New Guinea when we got married in 1983. New Guinea is an island with three million people that sits on the northeast corner of Australia. They have 850 different dialects. I wanted to go somewhere to put my faith to a challenge instead of just showing up at a church building. You got involved with people who had everyday needs. They needed you to show them how to live life, how to make Christianity the cornerstone of your life. We lived there seven years.

In a 2012 interview with The Christian Chronicle, James Franklin talked about his parents’ faith

I have been blessed with two strong and great Christian parents who instilled Christian values in me as I was growing up under their roof. Because of that, I am able to remain strong with my beliefs by reading my Bible frequently and being around Christians and having Bible studies. Those are the things that help me keep and maintain my spiritual beliefs. No matter what stage I am on, I always put God first.