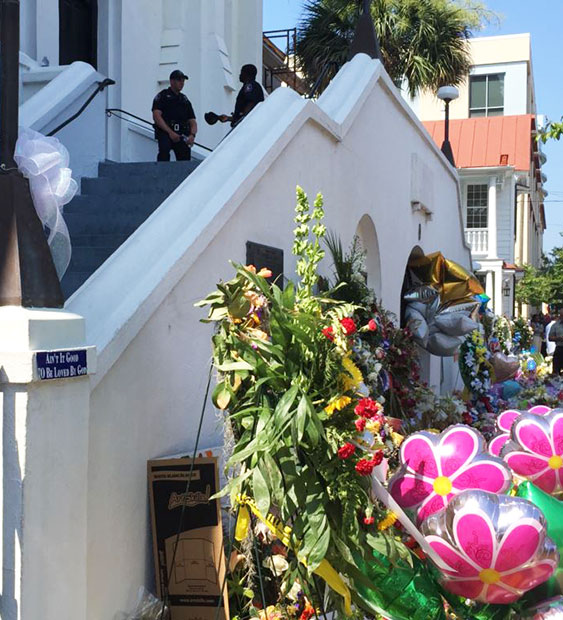 After the racially charged shooting deaths of nine people during Bible study at an AME church, a minister for a Church of Christ in Charleston attempts to give his congregation permission to grieve. “You can’t change what you don’t acknowledge,” he says.

It’s a topic talked about in church parking lots, but rarely inside the church building, said Bobby Green Jr.

But race was the topic that Green, minister for the Charleston Metropolitan Church of Christ in South Carolina, discussed with fellow believers during a recent Wednesday night Bible study. 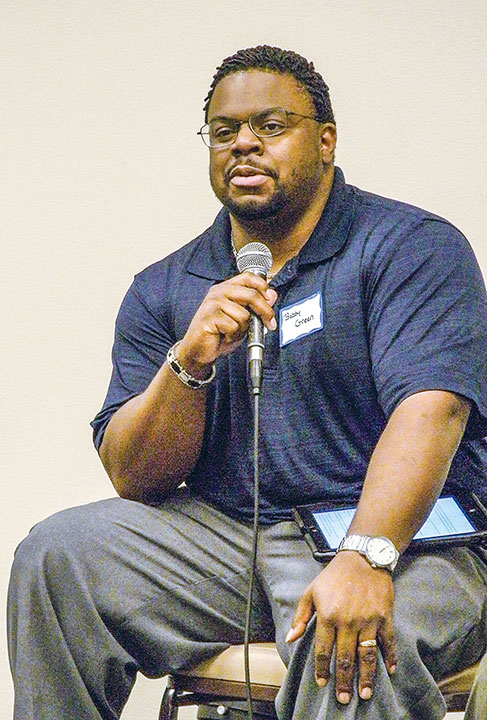 Green, who serves the 250-member, predominantly black congregation, had just returned from the Racial Unity Leadership Summit in Abilene, Texas.
He shared what he learned during his time with fellow church leaders — white and black — as they pondered and prayed for unity in the pews.

The next day, police arrested 21-year-old Dylann Roof, who told them that he intended to spark a “race war.”

“It’s been challenging. It devastated the church,” Green told The Christian Chronicle just days after the massacre. Some members of the Charleston Metropolitan church had friends — even relatives — among the “Emanuel nine.”

The minister changed the topic of his Sunday morning sermon from the Father’s Day lesson he had prepared. Church members — almost frozen in a state of shock — needed “permission to grieve,” he said. They also needed to acknowledge the severity of what happened instead of attempting to “swallow it up and move on,” he added.

“You can’t change what you don’t acknowledge,” Green said.

Most of all, they needed to hear that God loves them — and he understands.

Green focused on the Old Testament account of Moses and the burning bush in Exodus 3. God had seen the oppression of his people in Egypt, he assured Moses, “for I know their sorrows.”

“God wanted Moses to know that he hurt with him,” Green said. And the Almighty promised to deliver his people, through the wilderness, to a better place.

The congregation is still processing the tragic, racially charged events in its community, including the April 4 shooting death of an apparently unarmed black man by a white police officer in nearby North Charleston.

To bring about healing, Charleston’s black community “needs to build up pride in who we are,” Green said. “One thing we struggle with is self-hatred … because of the conditions. We need to appreciate our own cultural contributions to our community — even if they’re not appreciated by others.

“As a church, our vision is to produce a community that loves God, loves our neighbors and loves ourselves. Nothing else matters.”