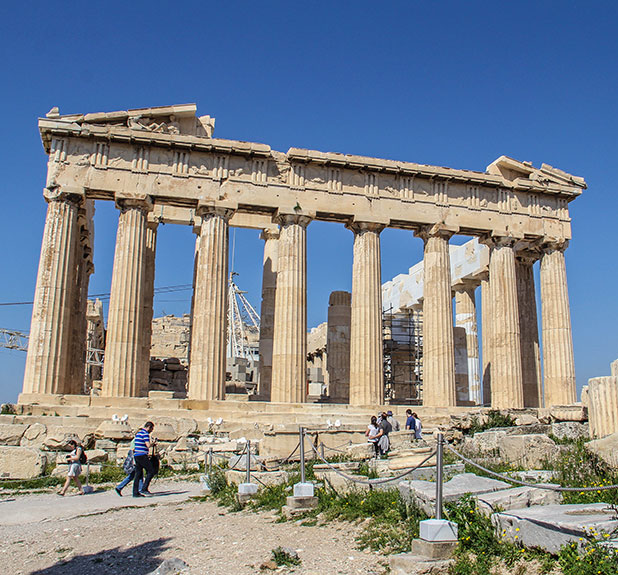 ‘Flood heaven with prayer’ for Greece

Despite the European nation's financial crisis, 'we will stand next to each other and share all we have,' a minister for a Church of Christ in Athens promises. 'No one will be without food or a roof over his head.'

Erik Tryggestad
President and CEO
His country faces what he calls “the most difficult and challenging moments in Greek history since World War II.”

So Alexander Melirrytos appeals to an authority higher than the banks, the eurozone and the world.

As the church met for Sunday worship July 5, citizens of this ancient nation — where democracy was born, where the apostle Paul himself once served as a missionary — went to the polls to vote on whether or not to accept a bailout deal offered by international creditors.

The country of 11 million souls faces a substantial debt load and an unemployment rate of 25 percent. Creditors including Germany have proposed austerity measures to offset Greece’s debt, but Greek officials argue that the terms of the deal will only worsen the crisis. 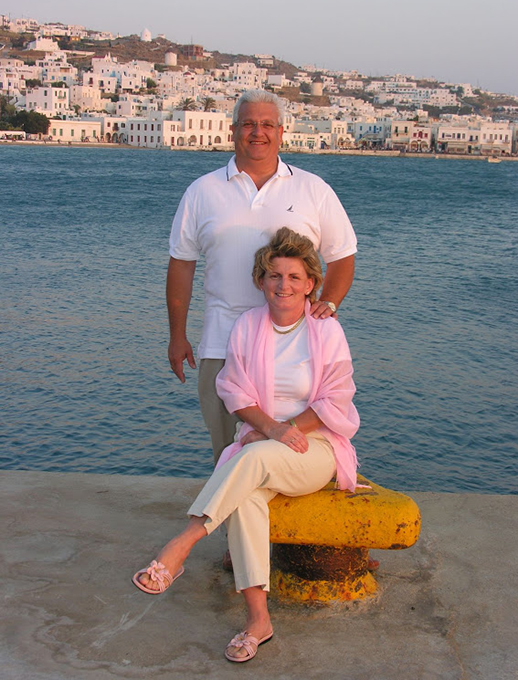 More than 60 percent of voters rejected the deal — moving Greece closer to a departure from the eurozone, a group of 19 European nations that share a common currency, the Euro. If not resolved soon, economists fear that the country’s crisis could destabilize the region.

Banks in Greece have remained closed since Sunday, and withdrawals from automatic teller machines are limited, Melirrytos said.

“This makes it difficult for people to meet current and pending needs — monthly rent, utilities and food,” the minister said. Retired workers are allowed to take only small amounts from their pensions each day, “resulting in long waiting lines outside the banks — and in hot weather,” he added.

As they pray for God’s providence, Melirrytos and his wife, Eleni, plan to serve their congregation as best they can. The multicultural, multi-language Omonia church includes immigrants from other European nations and Africa as well as refugees.

“Eleni and I assured the Omonia family that we will stand next to each other and share all we have,” Alexander Melirrytos said. “No one will be without food or a roof over his head.” 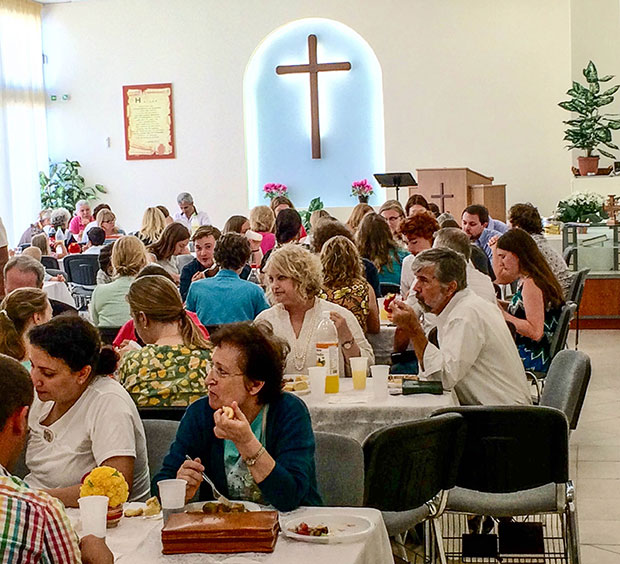 Greek Christians and students from the Harding University in Greece program enjoy a fellowship meal after worship at the Glyfada Church of Christ in Athens. (PHOTO PROVIDED)

On the south side of Athens, the Glyfada Church of Christ had a full auditorium on July 5, despite the absence of several members who returned to their hometowns for the vote, minister Dino Roussos told The Christian Chronicle.

Alongside visitors from Harding University in Searcy, Ark., church members asked God “to bless the country of Greece, the Greek government (and) the negotiations,” Roussos said. 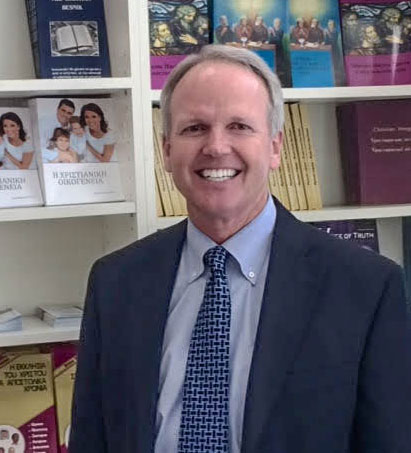 “He gave us a powerful message of hope,” Roussos said. “God is our rescue, even during the difficult times that the people in Greece are facing these days.”

In addition to serving as a minister, Roussos is a licensed tour guide. He takes visitors to Athens’ historic sites, including the Parthenon and Mars Hill, where the apostle Paul once addressed Greece’s supreme court. Seeing an altar “to the unknown god,” Paul told the Greek people about the true God, “who made the world and everything in it,” as recorded in Acts 17. His speech is inscribed, in Greek, at the base of the hill. 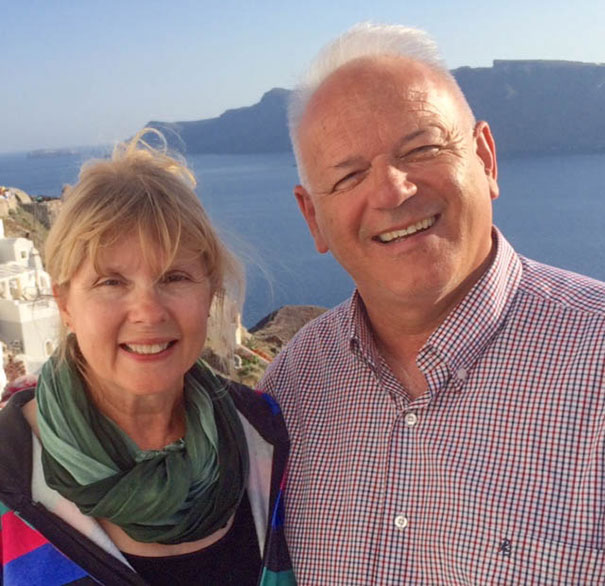 Dino Roussos and his wife, Debbie, in Greece. (PHOTO PROVIDED)
Nearly 2,000 years later, the city remains a hub of evangelism. Roussos and members of the Glyfada church conduct Bible studies with immigrants and refugees.

As Christians continue that work, they pray  for leaders of the European Union to find solutions to the financial crisis, Roussos said.

They also pray for peace, unity and prosperity “for the benefit of the European people, the people of the world and the evangelization of this ancient and historic continent.”

Standing at the foot of Mars Hill, Dino Roussos, minister for the Glifadha Church of Christ near Athens, Greece, talks about the apostle Paul’s visit to this historic city, told in Acts 17.

Posted by The Christian Chronicle on Tuesday, April 14, 2015