His death comes just months after he received an apology from Oklahoma Christian University for his arrest and dismissal 50 years ago.

Ronald D. Wright, a longtime minister and elder of the Gray Road Church of Christ in Cincinnati and former chancellor of Delgado Community College in New Orleans, died Dec. 28 after a prolonged battle with health problems. He was 72.

His death came a little more than nine months after he and 17 of his classmates received an apology from their alma mater, Oklahoma Christian University, for their arrest and dismissal from the school 50 years earlier.

Seated among his classmates, Ron Wright reacts to a certificate of recognition presented by Oklahoma Christian University President John deSteiguer in March 2019.

On the morning of March 6, 1969, dozens of students at what was then Oklahoma Christian College flooded the administration building with hopes of speaking to President James O. Baird.

Among their grievances was the recent dismissal of 14 students, most of them black, accused of violating curfew rules by attending what the administration called an all-night party. The students believed that the punishment was racially motivated, as white students caught staying out too late were not immediately removed from the college.

Instead of meeting with the students, Baird told them they had five minutes to leave, or else they would be arrested. While a handful of students close to graduation or with difficult family situations decided to leave, 18 stayed, including Wright. 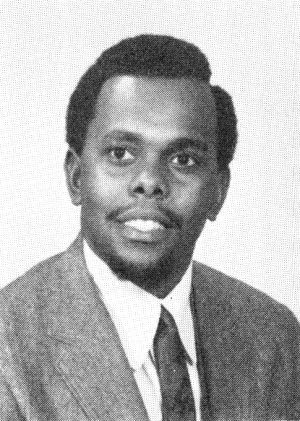 As staffers prepared to call police, Wright pleaded with Baird, “This is your opportunity to show the world how Christians act by talking to us and by forgiving the students who were dismissed yesterday,” Wright recalled during a 2019 visit to Oklahoma Christian.

The 18 students were arrested and booked into the Oklahoma County Jail on trespassing complaints. Sixteen of the 18 arrested were black.

Upon their release from jail, the students were expelled and told to leave campus. Wright transferred to another school associated with Churches of Christ, Pepperdine University in Malibu, Calif., and later earned a doctorate from Cornell University.

He spent his career in higher education and, in 2008, became chancellor at Delgado. Three years later he was appointed to lead a team tasked with developing Centers of Excellence through the Louisiana Community and Technical College System. Wright worked with faculty at the system’s 16 colleges to determine how to create these centers.

As the 50th anniversary of the incident at Oklahoma Christian approached, the university reached out to the 18 former students. Four had died, and six could not be found or didn’t respond to the university’s invitation. Eight responded, and seven of them, including Wright, attended a ceremony in April 2019 in which President John deSteiguer offered an apology for how they were treated.

“I apologize that this institution did not allow black students to enroll until 1961,” deSteiguer told a packed Baugh Auditorium as the seven former students sat on stage. “That is wrong.” 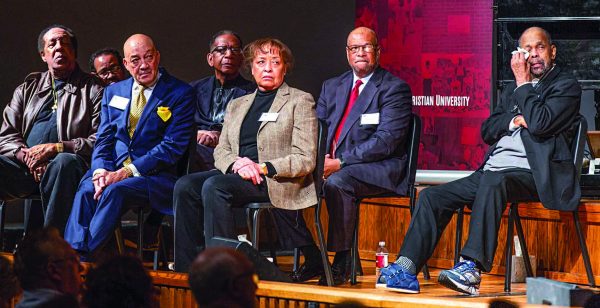 Then, stepping away from the podium and turning toward Wright and his former classmates, deSteiguer said, “And to you, as president of Oklahoma Christian University, I apologize for the way that you all were treated 50 years ago this morning.”

DeSteiguer gave each former student a framed certificate of commendation for their bravery. As Wright received his, he was overcome with emotion.

“I’m ecstatic — delighted unbelievably — to be here,” he said.