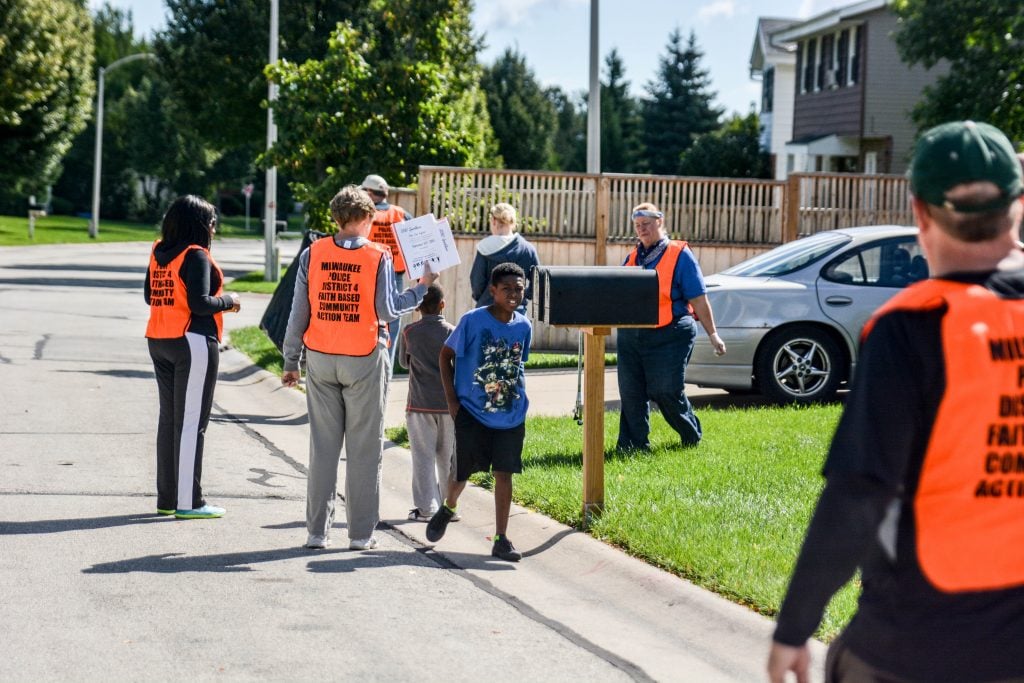 Members of the Northtown Church in Milwaukee helped to clean up the streets following riots that broke out in the community.
Chellie Ison
After days of protest, the streets of Milwaukee are now silent, but the conversations about what happened and how to move forward continue.

“Social injustice is real. Racism is real. Oppression is real,” Alex Clayton, minister for the Northtown Church of Christ in Milwaukee, told The Christian Chronicle. “What we’re learning is there are those among us who deal with that every day. Issues the majority never experience.”

But the riots, the violence, the images shown on television are not, according to Clayton, reflective of the community.

“The anger is there and the anger is to be understood but it’s not a label on the whole community,” Clayton said. “The community doesn’t like what was shown on TV. They don’t agree with that violence. The overwhelming majority of people are good in the community.”

Those members met this week for prayers — and to clean up the streets after the rioting stopped.

The problems facing Milwaukee are not new. Within the past year, the Northtown church has hosted round table discussions to help members have a better understanding of each other, to teach them how to overcome racism and how to cross cultures in order to connect with one another.

Those conversations must continue, Clayton said.

Oppression, discrimination and social injustice are things Clayton said don’t just happen to those on TV. He encourages Christians to realize it’s part of everyday life for some of their brothers and sisters.

Change will not happen overnight, he added.

It will take an effort by all sides, but the community is hopeful.

“Peace can overcome,” he said. “That doesn’t mean we don’t have difficult conversations.”