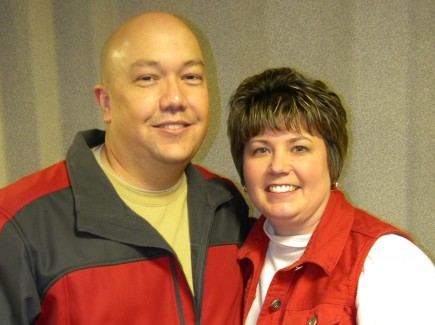 Bobby Ross Jr.
TACOMA, Wash. — When Army 2nd Lt. Kenny Coleman deploys to Afghanistan this spring, he will thank God for his church family back home.
Coleman, an ordnance officer with the 864th Engineer Battalion, expects that his year in combat will keep him too preoccupied to worry about his wife, Cindy.
That’s why, he said, he feels so blessed by the warmth and fellowship of the Lakeview Church of Christ, a 450-member congregation with an active military outreach ministry.
“It’s a nice place to be to know that when you go, you don’t have to worry about your wife or daughter being taken care of because there are people that will be there for them,” said Coleman, a father of two whose younger daughter is a high school senior. “It is a load off your shoulders and off your mind.”
About 35 miles south of Seattle in Washington’s Puget Sound region, the Lakeview church is a close-knit congregation that enjoys Sunday night singings where members call out page numbers of their favorite hymns.
It’s a community-minded congregation that shed tears and played a leading role in healing efforts after a Nov. 29 shooting spree left four police officers dead at a coffee shop less than a mile from the church building.
And, because of its proximity to the Fort Lewis Army post and McChord Air Force Base, it’s a congregation with a large military contingent.
Close to 40 percent of the membership has ties to the military, said Air Force Master Sgt. Jeff Oden, who returned home in August from a year in Iraq.
After 22 years of military life, Oden and his wife, Cindy, said they have developed a routine: When given orders to a new Air Force base, their No. 1 priority is to locate a church home.
After Cindy Oden contacted the Lakeview church, two women whose husbands retired from the military — Pat Farnsworth, wife of elder Rex Farnsworth, and Paula Davis, wife of deacon Darrell Davis — reached out to
the family.
Cindy Oden said she let the women know when she and Jeff were going to be in Tacoma to search for a house.
“They were looking for us to be here at services,” Cindy Oden said. “They found us immediately and started introducing us. It was an instant welcome home.”
WANTED: AN EXTRA GRANDMA

Cindy Coleman, whose family placed membership with the Lakeview church last summer, related a similar experience.
“I had gotten in touch with Pat (Farnsworth), and the first Wednesday night we were here, she recognized me from my picture on my e-mail,” Cindy Coleman said. “She hunted me down and said, ‘I’ve been looking for you,’ and she has been very close to me ever since.”
Far from the Bible Belt and thousands of miles from home, finding a church family that is both Scriptural and the right fit personally becomes even more crucial, the Colemans said.
It takes a special congregation to recognize the unique challenges of a military family, Cindy Coleman said.
“You look for that extra grandma at church or those extra aunts and uncles that are going to help you raise your kids when your husband is gone or when you are tired and you need somebody else to give you a break,” she said. “That’s why we ended up here.”
Wherever they have traveled with the military, the Colemans said, they have tried to remain faithful.
But often, they said, they have developed their closest relationships in places where the church is more isolated.
“In our experience, the farther we got from home, the tighter we were with our church family,” she said.

In his 12 years in the Army, Sgt. 1st Class Eric Buggeln has served three one-year tours in Iraq. He was assigned to Fort Lewis in June.
His wife, Shannon Buggeln, said she knows what it’s like to be left home alone to care for three young
children without the backing of an understanding church family.
She’d watch the news and see a vehicle on fire that looked like her husband’s, and there was nobody at church she could call for comfort.
Her children would ask questions such as, “Has Daddy shot anyone?” And there was nobody at church she could ask for advice on how to answer.
Looking back, she said, “small things” could have made a huge difference — someone sitting on her pew to help with the children; an invitation to Sunday lunch; a mechanically inclined member offering to look under her car hood.
“A lot of things happen when the guys are deployed,” said Buggeln, whose children are 9, 11 and 12.
“Everything always seems to break, and things fall apart. Cars break down.
“I was there in a state with no family, nothing, just all by myself with three little kids,” she added. “So here, having the support group that we have, is such a tremendous help to the wives.”
Meg Joyner, whose husband, Army Capt. Leo Joyner, was scheduled to return home from Iraq in February, agreed.
Joyner, who is originally from Texas, said church members made it a point to include her in holiday gatherings.
“They are very open and welcoming for gatherings, saying, ‘Come join us,’” she said. “It’s nice to know if you are bored … or if you need to go do something … they are willing to say, ‘Come on.’”

Senior Airman Bennett Eggar and his wife, Chelsea, who have two young children, are among families who participate in the military outreach ministry’s fellowship activities.
The military group gets together at least once a month for activities such as bowling, game nights and picnics, said Eric Buggeln, who helps coordinate the ministry.
Group members carved pumpkins at Halloween and went caroling at Christmas.
“For me, the bonds of friendship I have within this congregation are stronger amongst this particular group of people because of the things we do have in common,” Cindy Oden said. “We are all going through the same things, and we’re all there to support each other when our husbands are gone.
“Even with our younger group that is raising little kids, we as older ones have been there, done that, and we can help support them the best we can,” added Oden, mother of a 14-year-old son and 12-year-old daughter.
The Odens said that the older military families at the church feel a special responsibility to mentor the younger ones.
“We’ve all dealt with military hospitals and rules and that kind of thing,” Jeff Oden said. “Just with more years of experience, not only raising kids but dealing with the quirks and how things go and the daily ins and outs of the military, it is a good circle to have, that wealth of knowledge.”
Besides serving those who show up at services, Lakeview ministry leaders work with military chaplains and the American Military Evangelizing Nations program — known as AMEN — to identify and contact military Christians who move into the area.
“We are in an effort now to try and make sure we keep pulling in the rest of the military members and say, ‘Hey, you really need to be a member of this group,’” Jeff Oden said. “I think it is very important for us to fellowship together.”