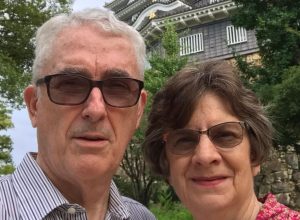 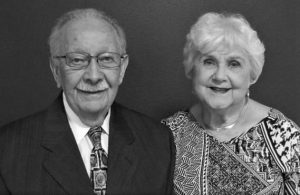 Billy Joe and Lesley were married in Aransas Pass, Texas, on Sept. 2, 1955. Their life together has included ministry in Texas, Alaska, Nebraska,

Colorado and South Carolina with twelve congregations of the Church of Christ. Billy served congregations as pulpit minister, education director, administrator, elder and counselor. He also served in the capacities of administrator and development officer for Cornhusker Christian Children’s Home, Rocky Mountain Christian Schools, Children’s Home of Lubbock and Southeastern Children’s Home. Lesley served as PR and Development Director for Colorado Christian Services in Denver and Ministry Assistant for the campus ministry of the Broadway Church of Christ in Lubbock. She was also engaged in catering and home window treatment businesses. Teaching sewing to young girls and quilting has been one of her passions. They have three children: Holley Campbell of Tulsa, Okla., Bill Mize of Deshler, Neb., and Laurie Snyder of Manchester, Tenn.; and six grandchildren and seven great-grandchildren. Both attended Abilene Christian College classes of 1957 and 1959. They retired in Broken Arrow, Okla., in 2011. Billy and Lesley will have an online anniversary celebration Sunday afternoon, September 6. 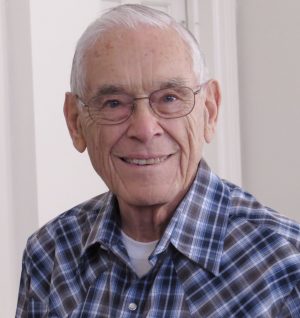 Maynard “Bud” Hammans, 89, was called home on April 3, 2020. He was born Feb. 28, 1931, near Callaway, Neb., to Forrest and Ruby (McDee) Hammans. Reared during the Great Depression, he learned initiative and hard work at a young age as a shoe-shine boy and a meat cutter.

Bud enlisted in the Air Force as a jet mechanic during the Korean War. He then obtained a degree in Bible from Harding University (where he met the love of his life) and a master’s degree (Bible) from Eastern New Mexico University. Bud and his wife Sue became missionaries to Japan and Australia and later ministered to Churches of Christ in Texas, New Mexico, Colorado, Oklahoma, Kansas, and Minnesota. He also served as a hospital chaplain at Mayo Clinic in Rochester, Minn. In each location, he sowed kingdom seeds and led many souls to the Lord by sharing the faith and hope he had found in Jesus. In his later years, Bud (and Sue) served in prison ministry and helped Chinese-Americans improve their English using FriendSpeak and the Bible. “Even in old age they will still produce fruit.” (Ps. 92:14)  “He who is wise wins souls.” (Prov. 11:30)

Bud was innovative and could fix anything. However, he was known for his encouragement. He could be found praying before a surgery, grieving alongside a family over their loss, studying the Word with his wife, writing heartfelt notes, and offering a compliment/kind touch to his caretakers. His servant heart, sparkling eyes, and teasing, winsome personality left their mark on many lives.

As a man of God, he is survived by his bride of 64 years, Sue (Billingsley), his children Felicia, Mark (Lori), and Cindy (Wayne) Yeats. He was a treasured grandfather to Kenny and Tyler Hammans, Hunter Yeats, and Hannah Yeats-de-Hernandez.

“I have fought the good fight, finished the race, (and received) a crown of righteousness”…(II Tim. 4:7).

Contributions can be made to World Bible School in his honor.

A memorial service is pending.  For more information/tributes see: https://www.floralhaven.com/obituaries/Maynard-Hammans/

Bud Hammans…. a life well lived, as he was well loved! 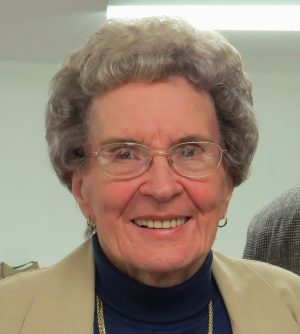 Following the Great Depression, Althea’s family moved from Arkansas to California and back three times during the next four years. Althea provided stability for her two younger brothers during their turbulent childhood. She saw the struggles her parents had with only 8th grade educations, and she resolved to escape poverty through a college education. She graduated high school in 1952 as class valedictorian and was admitted to Southeastern State College in Durant, Okla.

A family friend told Althea about a nice young man named Gene Yeats (also born June 16, but two years earlier) and suggested they should meet. She received a letter from Gene in early July 1952 and after exchanging letters all summer, Gene decided to ride his bicycle from Stillwater to Bennington, Okla., to meet Althea in person. Including a side trip to visit his aunt, Gene’s bicycle trip was over 300 miles. Gene convinced Althea to switch to Oklahoma State University, and they continued their courtship. Althea and Gene married in Stillwater, Okla., on Jan. 24, 1954. She was 19, and Gene was 21.

Gene was drafted in August 1954 and was stationed in Aberdeen, Md., for two years. Upon being discharged, they returned to Stillwater and OSU. Althea graduated in May 1957 with a bachelor’s degree – the first person on either side of her parents’ families to complete college. They moved to Tulsa in July 1957 for Gene’s first job and settled in the Berryhill community, west of Tulsa. They began attending Carbondale Church of Christ and Gene is still a member there.

Althea was a stay-at-home mom during her three sons’ early childhoods but began teaching fulltime in 1970 at Berryhill Elementary School when her youngest son began 1st grade. She taught for the next 24 years, as she loved children and watching them learn. At church, she impacted the spiritual lives of many children, as she taught Sunday and Wednesday Bible classes for decades. She also supported many church activities—including Sunday afternoon singing practices, VBS, church camp, Joy Bus ministry, puppet ministry, and innumerable devotionals. One of Althea’s passions was OCWA, and she was the Tulsa chapter’s Scholarship chairman for many years.

Althea was one-of-a-kind and a genuine force of nature. She died on May 17, 2020, in Tulsa, Okla., and we will miss her deeply, but we rejoice that she has achieved the goal for which she worked the hardest: seeing the face of our Lord and sharing His embrace. She is survived by her devoted husband of 66 years, Gene; her three sons: Mike (Lynessa), Gary (Susan), and Wayne (Cindy); eight grandchildren; seven great-grandchildren; and her two brothers, L.V. and Wes Watkins. 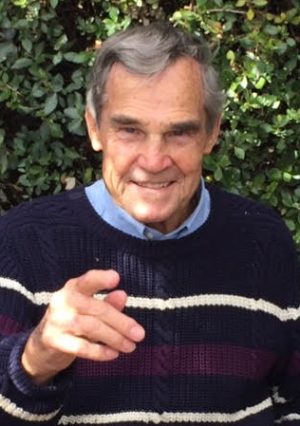 Campus ministries and congregations across the country are mourning the loss of William Fredrick “Rick” Rowland, PhD, who passed on June 18, 2020.

Rick Rowland was a leader in the campus ministry movement from 1966 onward when he began Campus Advance for Christ at the University of California Santa Barbara. The death of one of his students motivated him to begin a program to offer students an alternative to the typical weekend party atmosphere. The ministry at UCSB was the first by Churches of Christ on the West Coast.

Pepperdine recruited Rowland to develop Pepperdine’s first men’s aquatics programs in 1975. At UCSB and at Pepperdine he coached many All-Americans and Olympic athletes.

Rowland will be best remembered by his students for leading small group Bible studies. The Pepperdine student newspaper “The Graphic” wrote that “… Rowland began the ‘Athletes and Friends’ Bible study. It was the first official Bible study at Pepperdine with a goal to strengthen and nurture its Christian students and evangelize non-Christians.”

Rowland was an elder in Santa Barbara, Malibu, Hollywood, and Bakersfield churches. He taught campus ministry and speech classes at Pepperdine for almost 30 years before retiring in 2005.

He joins his wife, Lildra Queen Rowland, who passed 8 months ago. 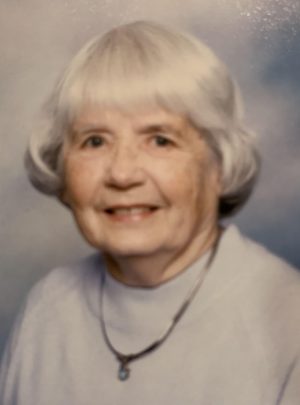 Almeda Goss Norton Ogden was born in 1925 in Hood River, Ore. Her family worked hard to feed all 11 members. Almeda graduated high school as valedictorian. That summer she met Pepperdine student Alden Norton at church. He persuaded her to go to college at Pepperdine. Two years later they married.

In 1956 Almeda married Donald Ogden, a veterinarian from Texas with a daughter. They had two boys, but one died. In 1961 they moved to Los Angeles and joined the Inglewood Church of Christ.

Almeda worked in Don’s veterinary hospitals. She loved giving seminars throughout Southern California on how to teach pre-school children. (How she lit up when she saw little ones!) She also developed curriculum for other churches for many years.

In 1972 Don was sent to jail for misdeeds. When he was released they divorced. Almeda stayed friends with him until his death in 2000.

She was known for hospitality, cooking, gardening/topiary expertise, singing, and church faithfulness. She was a dedicated member of Buena Park Church of Christ; she only missed any service if she was ill or traveling. She read her Bible daily and memorized a vast amount of Scripture.

Almeda moved to Oregon in 2010 to be near family. In July 2020 she left this world. Two daughters predeceased her. She is survived by a son and two daughters, 11 grandchildren, and currently 22 great-grandchildren. She was a worker for the Lord! 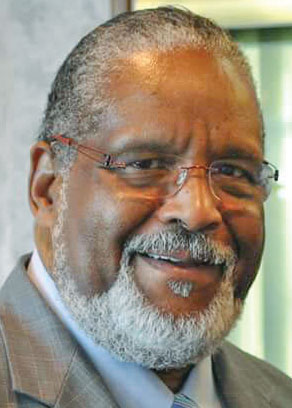 Hey, Arnelious (godfather), it’s your sisters again and brother-in-law Ron, just thinking about you. It’s so hard to believe another year has passed since you left us (now three). Seems like just the other day we were gathered around your big dining room table laughing and talking about mom and dad, our childhood, and on and on. You are so missed from our family as the years go by, and ‘you’ can never be replaced. We are so thankful for all of the amazing memories and for all of the sense and understanding you brought to us through the distinct reading of the Book, in the Law of God! Nehemiah 8:8. Thoughts of you with love and admiration are etched in our memory forever. Most of all, Arnelious, we thank you for the love … always Bud, always!

O Thou Man of God.