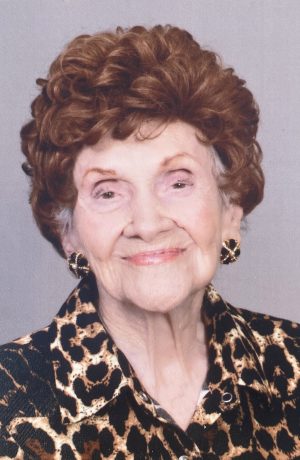 Mary Frances McHam went to her heavenly home on July 26, 2020. She was born in Wichita Falls, Texas, to W.E. Wright and Mary Sweeney Wright. She married her childhood sweetheart and Navy man, Donald E. McHam, who was one of the founding elders of the North Richland Hills Church of Christ, now called The Hills Church in North Richland Hills, Texas. They were very hospitable and housed many, including college presidents and traveling preachers. They also sponsored kids from Christ Haven Children’s Home. She worked tirelessly in her church and community, taking dinners to the sick and needy and volunteering at the Red Cross, hospitals, and schools.

Memorials may be made either to the Lord’s work in the Philippines at All The World Mission Network, or to Make Kids Smile, PO Box 5206, Bryan, TX 77805.

From growing up during the Great Depression in El Dorado, Ark., to serving his country honorably in World War II, to achieving a doctorate in ministry, to appearing on the television program “What Is Your Faith?” for nearly two decades, to preaching the Gospel far and wide which led to the salvation of thousands, to raising three wonderful daughters, and marrying the love of his life, sweet Mrs. Dorothy, this was a life well lived. John Simpson did everything with all his might. He was truly one of a kind. John cannot be replaced, and he cannot be replicated.

The word “encourage” means “to put heart back in.” We live in a world that is seeking to discourage us daily, and yet the Lord gave us John Simpson to encourage multitudes. He counseled, comforted, taught, and baptized into Christ thousands of people. Only eternity will reveal how many souls are in heaven because of the ministry of John Simpson.

At the end of his life, the Apostle Paul gave a statement that serves as a perfect epitaph for the life of Dr. John Simpson: “For I have been poured out like a drink offering and the time of my departure has come. I have fought the good fight; I have finished the race; I have kept the faith. Now there is in store for me the crown of righteousness which the Lord, the righteous Judge, has given to me and not only to me, but also to all who long for His appearing.” 2 Tim. 4:6-8.

Bro. John was a long-time member of the Bartlett Woods Church of Christ, Arlington, Tenn., at the time of his passing.

And, in John’s own famous words, “You take it from here.” 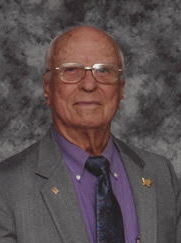 Melvin Wayne Brown was born in Star, Texas, on Dec. 4, 1925, to James “Jimmie” Saline and Vera Mae Brown, née Arnold. He spent his early childhood in Evant, Texas, before moving to Dallas. Melvin graduated from Crozier Tech High School and joined the U.S. Army in April 1944 serving with the Bravo Company, 80th Chemical Mortar Battalion as a communications chief in the Southern Philippines. He was wounded in action on Leyte Island on April 17, 1945, and was awarded a purple heart and a bronze star.

Melvin married the love of his life, Pearlie May Williams, in Dallas, Texas, on Nov. 6, 1948. They had three children: Melvin, Jr. “Mack,” Diane, and Kimberly, who was stillborn. Mel and Pearl’s lifelong love affair lasted 61 years, and they were an inspiration to all that knew them as an example of a wonderful Christian marriage.

Mel worked as a packaging engineer for 47 years with Vought Corporation. However, his “real” job was running his and Pearl’s Hickory Tree Ranch in Eustace, Texas, where they raised cattle and hay.

Melvin was a faithful member of the Church of Christ, attending several Texas congregations including: Saner Avenue, Duncanville, Cedar Hill, and, most recently, Clark Road, serving several times as an elder. He and Pearl were active in many church related activities, and Melvin participated in several mission trips to Ukraine.

He was the proud patriarch of his family, and his children and grandchildren are very blessed to have had such a wonderful Christian example to follow. He also instilled a patriot spirit in his grandsons, all of whom serve their country in the U.S. Air Force.

Mel is survived by his son, Mack; daughter, Diane; three grandsons; and six great-grandchildren. He was predeceased by his parents; brothers, Glynn and Bernard; and wife, Pearl. 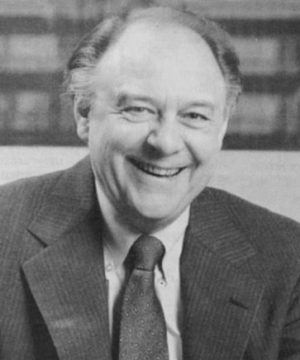 Jess Hall, Jr. left this world to be with Christ on August 9 at the age of 83 following a long illness. He was born in 1936 to Jess, Sr. and Frances Hall. He is survived by his wife, Millie Brown Hall, the love of his life for 64 years, and by his children, grandchildren, and great-grandchildren.

He was a gospel preacher for many years, serving congregations in Texas, Kentucky, Tennessee, and Missouri. He also served as a deacon, an elder and a song leader. Many of his sermons and classes are available online at ThyWordIsTruth.com.

In 1971, Jess received a law degree from Texas Tech, graduating second in his class. He joined a law firm in Houston and handled many high-profile cases, often appearing in the newspaper and on television.

In 1990, Jess was elected to the board of Faulkner University and served as its chairman for five terms. In 2008, Faulkner awarded him an honorary doctorate.

Please consider donating in Jess’s memory to the Cherokee Home for Children at: PO Box 295, Cherokee, TX 76832 or www.chc4kids.org. 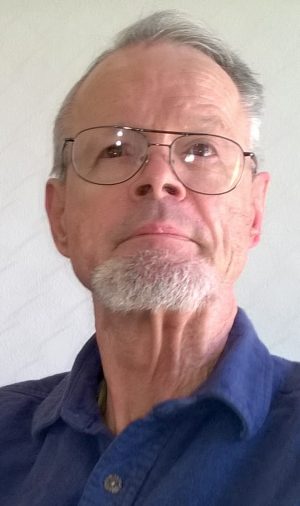 Alan R. Henderson passed from this life into eternity on Aug. 26, 2020, at the age of 76. He left behind his loving wife Sharon of 52 years, his son Wyatt, daughter Carrie, and grandson Kai.

Al was known throughout the Churches of Christ as the China expert. With an advanced knowledge of the Chinese language and culture, Al served, taught, and encouraged Chinese people all of his adult life.

In 1973, Al, Sharon, Wyatt and Carrie moved to Taiwan to serve as missionaries for a period of seven years. In Taipei, he wrote Christian literature and worked closely with the youth group of the Unity Village congregation. He assisted other congregations and helped with Bible camps and other activities. Al also spent time in Singapore with the Pasir Panjang church where he went specifically to learn more about evangelism among the Chinese.

In 1980 Al and his family returned to the U.S. to work with the Sunset International Bible Institute. Al created the Chinese Studies Department to train Christian workers to take the gospel to the Chinese world. Students under Al were taught all aspects of Chinese language, culture, religion, and ministry. Some of those Al trained are still working in full-time Chinese ministry today. In addition to training workers to serve among the Chinese, in 1983 Al helped start the Chinese language programming for World Christian Broadcasting.

In the later years of Al’s ministry, he traveled extensively throughout the U.S., encouraging and equipping churches to reach out to international students in their own communities. In a world where one out of every five people is Chinese and so few workers are sharing the message of Jesus, Al will be sorely missed.

Rest well, brother Al. You have fought the fight, and finished the race. There is a crown of righteousness waiting for you in heaven. 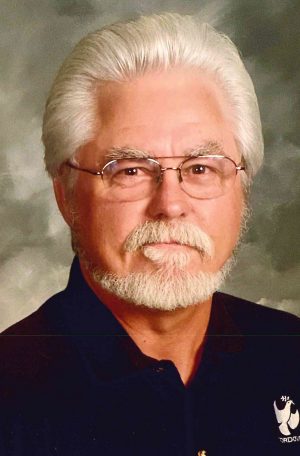 Born in Sacramento on Aug. 30, 1949, Larry led a life filled with family, building projects, and faith in God. Known for his sharp wit and engaging sense of humor, Larry loved a good glass of wine, world travel, and cooking. He was a hard-core Raiders fan and a respected Rancho Cordova community leader.

As chairman of the Cordova Community Council Foundation for more than a decade, Larry presided over massive growth of the organization. He accompanied the Rancho Cordova All America City team into competition, bringing home national honors, and led the community Christmas tree lighting for 20 years, pairing his love of the community with celebration of the birth of Christ.

Larry is survived by his beloved wife of 35 years, Cynthia, three daughters, one son, four grandchildren, and 2 great-grandchildren.

Memorial donations may be made to advance the remodeling of the church kitchen Larry used so effectively to minister to his church family and Rancho Cordova community: Cordova Church of Christ Kitchen Fund; 10577 Coloma Rd, Rancho Cordova, CA 95670. 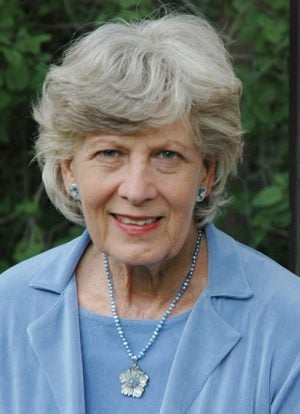 In 1955 the strong, adventurous JoAnne Eades Boswell married Stafford North, a dedicated preacher and Bible scholar. Their 65-year marriage was a pact between two servant hearts to love until the last breath. On August 21, after facing JoAnne’s Parkinson’s together for seven courageous years, they met again in heaven.

JoAnne was a magnet for the left out and a light for the lost. Her boundless energy found outlets at Memorial Road Church of Christ where she would teach your children or wrap you up in authentic Bible times costumes for the VBS play. Her legendary hospitality made her loved by all as she opened her home for many Q-Groups, showers, and Sunday dinners. Working alongside Stafford at Oklahoma Christian University, she was a leader in the women’s association, organized the women’s lectureship, and hosted the annual 4th of July picnic. Over the years, the couple traveled the world on their shared mission for Christ.

For almost 40 years JoAnne visited Oklahoma jails and prisons teaching women the simple gospel truth—Jesus died for all. She told an Edmond Sun reporter, “It tugs at my heart that I’ve had so many advantages, while most people in prison haven’t had any. It’s my responsibility to share what I have.” Many of these women could echo the sentiment spoken by one, “Everything I have is because of you.”

JoAnne gave her family extravagant care with every birthday celebrated, each holiday an occasion for fun.

Preceded in death by her husband, parents and a sister, Patricia Lanier, JoAnne is survived by her son, David (Beverly) North, daughters, Julie (Steve) Anderson all of Edmond, Okla., Linda (Mike) Parker, and Susan (Chuck) Monan all of Maumelle, Ark.; sisters, Janelle Owen, Sylvia Branch and Beverly Peddy; along with brothers-in-law and nieces and nephews. Her legacy lives on in 10 grandchildren, their spouses, and 17 great-grands who will always love their Mama Jo. Donations can be made to Oklahoma Christian University for: JoAnne’s Kitchen Fund at: 2501 E. Memorial Rd., Edmond, OK 73013.

The Christian Chronicle appreciates and acknowledges generous gifts received in honor of Hilda Carlock and in memory of Stafford and JoAnne North and Barbara Bode.