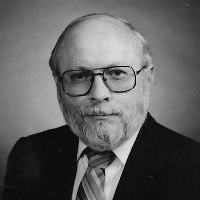 • Bible with minors in Greek and English, Abilene Christian University, 1961.

Dr. Mitchell was also part of the Academic Society Membership, American Academy of Religion, Society of Biblical Literature, American Society of Christian Ethics, and Restoration Theological Research Fellowship. Dr. Mitchell was a Resident Scholar in Religion in A.D. Bruce Religion Center and Director of the Religious Studies Program for the College of Liberal Arts and Social Sciences, University of Houston, 1985 – 2014.

•“Walking in the Light: How Christians Face Ethical Issues.”

•“Two Ages and Two Communities: The Implications of an Eschatological Duality for Development of a Social Ethic” Dissertation at Rice University Microfilms International.

•“The Two Books of God: Science and the Bible.”

Mrs. Mabel Perry Taylor of Florence, Ala., age 94, passed away Thursday morning, August 8, 2019.  Mabel was born April 22, 1925, in Tintern, Ontario, Canada, and left home to attend Harding College in Searcy, Ark., in 1945. There she met Richard Neal Taylor, and they married in 1948 after their graduation.

Mabel faithfully served as a high school librarian for Mars Hill Bible School in Florence for 20 years. She was also known for supporting her husband, Richard, as he preached for many churches of Christ in the Florence area. She enjoyed being with family, traveling, reading, and being a hospital volunteer. Mabel loved her homeland of Canada but finally became a U.S. citizen. 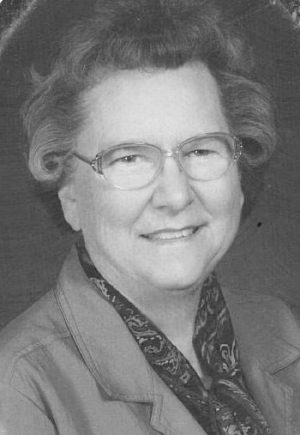 Nancy Ann Lewis Ferguson, author of “Living a Worthy Life,” “For the Love of the Lord,” and “Words to Live By” died in Abilene, Texas, July 16, age 85.

Her parents, Byrd Ray and Lucille Lewis, were active in the church in Del Rio, Texas, Greensboro, N.C., and later Gastonia, N.C. Nancy was the third of five generations in her family to graduate from Abilene Christian University. She majored in Bible, reasoning it would be useful no matter what else she might do in life. She taught elementary school in Alvin, Texas, before marrying Everett Ferguson in 1956 and taught in Melrose, Mass., before the birth of their children. Everett praises her homemaking as a major reason he was able to accomplish so much in his career.

Nancy enjoyed practicing hospitality, welcoming students, missionaries, and many others into their home. She used her considerable cooking skills to feed hearts and souls. She worked with Song & Supper for college students and later the international student ministry at Hillcrest Church of Christ in Abilene. Nancy’s family are still members there after 57 years; and her husband and their son, Ray, have served as elders at Hillcrest.

Nancy also excelled as a Bible teacher. She wrote curriculum for primary classes and Children’s Bible Hour at Hillcrest and VBS materials for Sweet Publishing. When she reluctantly realized she had become one of the “older women” of Titus 2, she refocused her efforts to ladies Bible class and helped begin the Motherly Love program to encourage mothers of young children.

Attending professional meetings with Everett, Nancy did cross stitch (often incorporated into quilts, thanks to the encouragement of her beloved daughter-in-law, Star). When he traveled to teach and preach, she also taught classes for ladies in Canada, England, Germany, South Africa, Zimbabwe and Russia. She has also conducted workshops/retreats in Texas, Michigan, Oklahoma, Wyoming, Ohio, and Wisconsin, and taught lectureship classes at ACU, Pepperdine, Oklahoma Christian, Nigerian Christian Bible College, Freed Hardeman, and Harding. Nancy has published articles in Power for Today, 21st Century Christian, Gospel Advocate, and Church and Family.

The Christian Chronicle appreciates and acknowledges generous gifts received in honor of Dixie Bozeman and Bobby Ross Jr.; for the Lynn and Joy McMillon Endowment fund; and in memory of Sharon Hamilton, Alf Pitts, and Ruth Tharp.