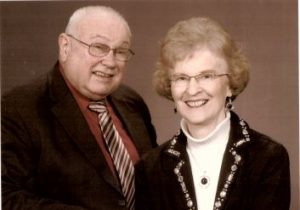 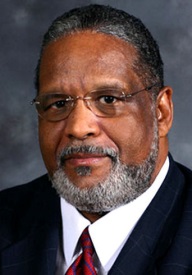 Arnelious Crenshaw, Jr., was senior minister and evangelist of the Northeast Church of Christ in Oklahoma City. He developed a congregation with a focus on ministering to the spirit, body and soul of each person God puts in its path. His desire to minister holistically gave birth to the creation of Central Urban Development, Inc., a 501(c)(3) community development corporation which serves as a vehicle to carry out his God-given ministry of Salt and Light (Matt. 4:23).

Bro. Crenshaw served as chairman of the board of Central Urban, which has developed a $6.3M, 32-unit affordable housing addition in the historical John F. Kennedy neighborhood of Oklahoma City. As chairman, he provided leadership and spiritual guidance to the company’s directors. His keen sense of vision and foresight served as the catalyst for the acquisition of 87 acres of prime real estate on the I-35 corridor that will be used to enhance the lives of people, including Forest Village Estates Senior Development and the accompanying community center. His immense footprint in Oklahoma and across the nation has afforded him several state and national awards.

He and Dollie, his wife of 48 years, have four adult children and six grandchildren. 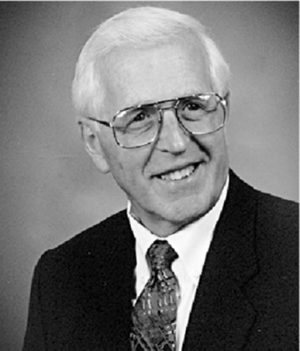 Samuel John Granberg was born on April 27, 1927, in Bellingham, Wash., and died on May 28, 2017, at the age of 90.  He graduated from Stadium High School and Washington State University with a degree in professional engineering.

He met Betty Marlene Nolan in Little Rock, Ark., and they moved to Seattle on their honeymoon.  They moved to Tacoma in 1966 and then to Lakewood in 1992.  He was a member of Lakeview Church of Christ in Tacoma, Wash., for 50 years, serving as an elder for over 43 years.  He also served on the board of Cascade Christian College and Oklahoma Christian University.  Sam established Delano Bay Christian Camp, providing a place for thousands of young people to encounter Jesus.

He will be remembered as a kind and caring man who loved his wife deeply, showed his children how to walk with Jesus faithfully, and delighted in the joy of his grandchildren and great-grandchildren.  He will be greatly missed by his church family with whom he loved, led, served and worshipped God.

Donations in honor of Sam can be made to Delano Bay Christian Camp through Lakeview Church of Christ. 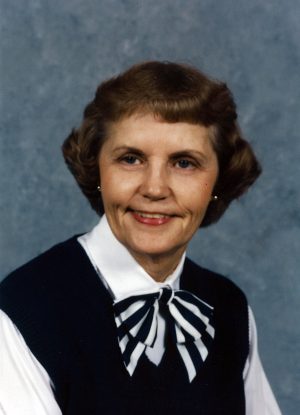 Macie Haun Jackson departed this life Aug. 30, 2017, at the age of 92.  She was the third daughter of Lewis and Sadie Haun of Norman, Okla.  She was reared on the family farm and graduated from Norman High School in 1943.

Shortly thereafter, she met Carl Dee Jackson at the University Church of Christ in Norman.  After a long courtship and his discharge from the Army, they were married on April 6, 1946, in Norman.

After Carl’s graduation from the University of Oklahoma in 1948, they moved to Brownsville, Texas, where the couple reared four boys.  Carl departed this life in Feb. 1979, and Macie operated the business, W. R. Jackson Feed and Seed Company for a few years.  She sold the family business in 1985 and moved to Edmond, Okla., where she served Oklahoma Christian University as event hostess, special projects coordinator, study abroad-sponsor and landscape designer until she retired at the age of 90.

Macie loved children and was an excellent Bible teacher.  She loved to travel, and every trip was a learning experience.

She was preceded in death by her parents, Merle and Sadie; her two older sisters, Lessie and Josie; and her husband Carl.  She is survived by her four sons: Andy, Pat, Chris and Doug and their families including six grandchildren and three great-grandchildren.  In lieu of flowers Macie can best be remembered by a memorial gift to:  The Macie Jackson Memorial Fund, c/o Oklahoma Christian University, P. O. Box 11000, Oklahoma City, OK, 73136 and/or The Village of Hope, P. O. Box 670394, Dallas, Texas, 75367 (or online at www.thevillageofhope.com). 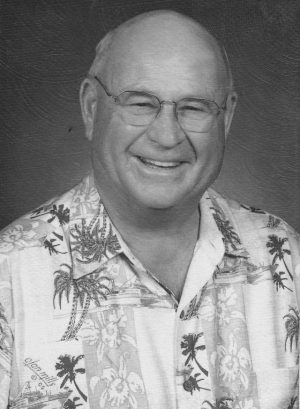 Donald Keith Rude passed from this life on June 22, 2017. At the time of his death, Don was surrounded by his wife, children and family who were reading scripture and singing songs of comfort and joy. Don was 80 years old.

He was born on Nov. 25, 1936, in Ambrose, N.D., to Lavern and Martha Mae Rude. In his childhood Don moved with his parents to Coeur d’Alene, Idaho. He graduated from Coeur d’Alene High School in 1954 and immediately joined the U.S. Navy. Following his tour with the Navy, Don returned to Coeur d’Alene and attended North Idaho Junior College where he studied auto mechanics.

While in school Don met Betty Pearson. They were married on Aug. 22, 1958. They would share in the joy of 58 years of marriage. During their life together God blessed Don and Betty with four children: Dan (Angie), Kent (Georgette), Jim (Diane) and Becky (Bill). Their children blessed them with 13 grandchildren and 20 great-grandchildren.

Don was a devout Christian and his faith influenced every aspect of his life. He was an elder at the Dalton Gardens Church of Christ in Idaho. He also was deeply supportive and involved in 180 Living, a ministry to downtown Coeur d’Alene. He served on the Idaho State Plumbing Board as well as the board of directors for Columbia Christian College. He loved to fish, travel, read his Bible, pray, worship and spend time with family and friends. He was a hardworking, astute businessman, but what he is remembered for mostly by his family and friends was his generous and caring spirit that flowed from his deep faith and commitment to Jesus Christ. 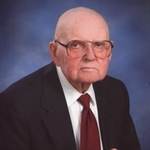 Kenneth Arthur “Bud” Stanley was born on March 17, 1919, in Cleveland County, Okla., and passed away on July 31, 2017, in Tecumseh, Okla., at the age of 98. His parents were Author and Louisa Stanley, cotton farmers near Tribbey, Okla. He attended Red Oak and Tribbey schools, graduating in 1937.

Bud attended Murray State College and East Central College in engineering. He and Thearl L. Myers of Macomb, Okla., were married on Aug. 8, 1942, by his Grandpa Robert Fowler in Tecumseh City Park. He claimed he “put too much cotton in her sack!” He worked as an orderly in a Civil Conservation Corps camp during the depression. He retired from Tinker Field after 36 years as a machinist and supervisor. He dedicated himself to his church, family, and the community.

Bud retired after 30 years from Tecumseh’s volunteer fire department, delivering meals to the homebound, and serving as an election inspector. He drew up the preliminary plans for the present Golden Age Center where he enjoyed many domino games. He was chosen Frontiersman of Frontier Days in 1995.

He volunteered for a three-month tour of civilian duty in Viet Nam in 1967. He served as chairman of Action, Inc., for 20 years. He was a faithful member of the Highland Church of Christ in Tecumseh, Okla., where he served as a deacon and elder. He was instrumental in purchase of the current building site for the church.

Bud was preceded in death by his parents; an infant brother; his half-brother and his wife, and his beloved wife, Thearl, after 67 years of marriage. 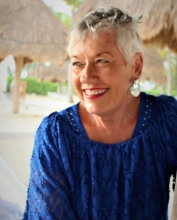 Glenda Fay (Moore) Winkley finished her earthly race on August 12, 2017, with her family by her side at the finish line. She was born in Sweetwater, Texas, on April 30, 1944, to Cecil Arthur Moore and Vivian Marie Moore, better known as Dodaddy and Nonnie.

Glenda grew up in Andrews, Texas, where she met her future husband, Lloyd Winkley. In the 7th grade, Glenda saw Lloyd walking down the steps at church and told all her girlfriends, “I am going to marry that guy.”

She taught school as an elementary teacher for over 29 years. Glenda was a very active member of the Ozona Church of Christ and the Texas community as a whole. After retiring from education, Lloyd and Glenda enjoyed traveling, visiting grandkids, and enjoying life.

All through Glenda’s life she has been the embodiment of a positive attitude.

Whether in an elementary class full of

Glenda always had a beautiful smile and

contagious bright outlook on life. Those around her never heard her complain but

rather listened to her ask about their day

or respond to how she was doing by saying, “Good enough.” Glenda was such a shining example of how to

courageously battle cancer. A large part of her attitude is contributed to her faith and belief in the Lord Jesus Christ and the knowledge that her earthly body was meant to be temporary, and her “REAL” reward is in heaven.

The Christian Chronicle appreciates and acknowledges generous gifts received in honor of Bobby Ross, Jr. and in memory of Donald Keith Rude.

Dr. Jim Beyer was honored posthumously with his induction into the LCU Social Work Hall of Honor during a luncheon on Thursday, Sept. 7, 2017, at Lubbock Christian University for his work as professor of Psychology and his pioneering vision, initiative, and implementation of the thriving social work academic degree program at LCU. After the program was begun in 1983 and then accredited in 1989, Dr. Beyer became the chair, overseeing and hiring many of the current staff and faculty. One of those current faculty members, Tony Parnell, spoke at the luncheon, reflecting on his few years with Dr. Beyer and the friendship and mentoring relationship he experienced as Dr. Beyer’s faculty colleague. Along with Parnell, Dr. Don Williams and President Tim Perrin shared their memories of Dr. Beyer’s pioneering spirit that took the social work program from its humble beginnings to the very successful academic program that serves current students. 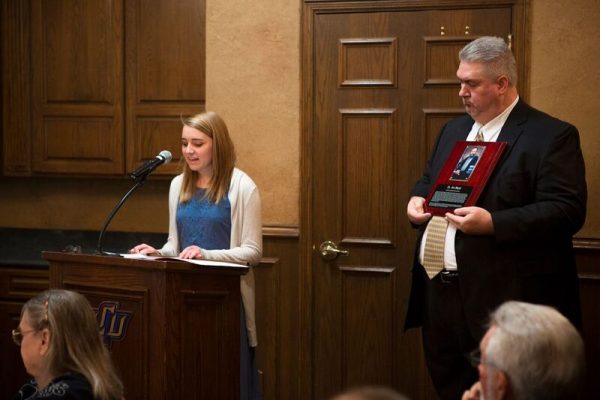 Taylor Haynes, granddaughter of Jim and Louise Beyer and LCU student, read the inscription on the Hall of Honor induction plaque to the luncheon gathering.

Dr. Beyer was inducted into the LCU Social Work Hall of Honor to celebrate his great dedication and contribution to the LCU program and the profession.  A special moment for the family occurred as current LCU social work major Taylor Haynes, granddaughter of Jim and Louise Beyer, read the inscription on the Hall of Honor induction plaque to the luncheon gathering.  In attendance to honor their friend and mentor were several LCU alumni social work majors, as well as several former faculty colleagues of Dr. Beyer.

Rates and guidelines are available upon request (credit card preferred).