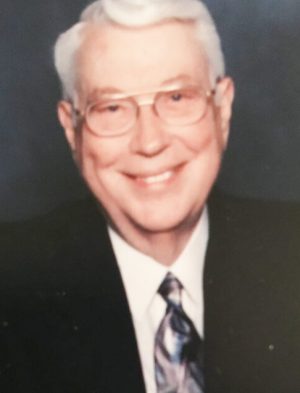 David was born on the family farm outside of Bowie, Texas. He attended elementary school in “the country” before graduating fromBowie Public Schools as salutatorian at the age of 16. While in college at Abilene Christian University he married Martha (Scarborough), preached at the Tuscola Church of Christ in Texas, and earned a Bible degree

He began full-time ministry for the Panhandle Church of Christ in Texas, followed by ministries for Texas and Oklahoma congregations. During those years he and Martha welcomed their sons Wes and Mike, and he authored four books while conducting gospel meetings, including lectureships at five Christian colleges. His last full-time role was at Sunset Church of Christ in Dallas from 1967 to 1973.

Retired from full-time ministry (although he never quit preaching and teaching), David conducted motivational training for business and civic groups, owned businesses including print shops and a construction company, and worked for 15 years as a memorial consultant.

He and Martha moved to Tomball, Texas, in 2010, and he served as an elder at the Church of Christ in Champions, Houston, for seven years. In 2019 he was diagnosed with cancer and fought a brave battle until his death.

Lloyd Allen Deal went to be with his Lord Sept. 24, 2020. He was preceded in death by his parents, his wife Barbara Ann (Brown) Deal, and his grandson Connor Lee Deal. 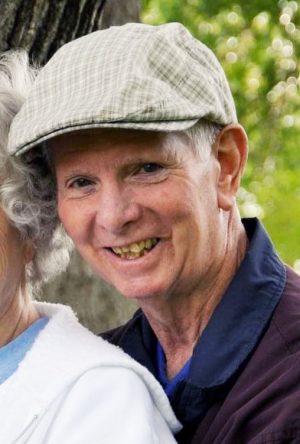 Lloyd completed a bachelor’s and master’s at Abilene Christian College in Texas. There he met Barbara, and they married on Oct. 22, 1954. They were happily married for over 60 years.

The couple served Churches of Christ in Washington and Kansas before the College Church of Christ in Searcy, Ark., invited them to join a stateside mission work in Iowa. They lived in Des Moines from 1964 until 1988, ministering throughout the state planting churches and developing leaders. While there, Lloyd developed study materials that would later be used throughout the world.

With the move in 1988 to Edmond, Okla., came an emphasis on mission work in East Africa. Over the years, Lloyd made 26 mission trips to Kenya and Uganda. (Barbara also participated in most.) They also headed WBS at their congregation, the Memorial Road Church of Christ.

Lloyd enjoyed traveling, watching and playing a variety of sports and games, and talking about matters of eternal significance. He and Barbara leave a strong legacy of faith to their four children, 15 grandchildren and their families, and the individuals and churches they served throughout the world. 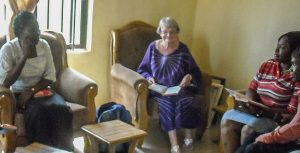 Dorris Taylor studies with a group of women in Nigeria in 2009.

She learned to love God at an early age and was baptized into Christ when she was 13. “I, as a child, said I wanted to do missionary work,” she said.

Dorris married John D. Taylor Jr. of Jonesboro, Ark., on Dec. 14, 1952. They were blessed with six children. John was an Air Force man and the family moved frequently. This helped prepare Dorris for later travels as a missionary.

John and Dorris raised their family, fostered six children and welcomed an exchange student from Brazil into their home. The Taylors attended Gainesville Church of Christ in Arkansas. Dorris became involved with World Bible School in 1979. She was able to teach students in Ghana, Nigeria and Brazil.

John and Dorris joined the Sojourners, a group of retired people that travel around the U.S. in RVs helping churches with evangelism, Vacation Bible School and other outreach. They also enjoyed their 14 grandchildren and living on the farm.

Dorris had a dream to work as a missionary in Africa. In 1995, an opportunity came for John to teach at Nigerian Christian Bible College in Abak. This gave Dorris a chance to follow up with her WBS students in that area. She also taught classes for women and studied the Bible with individuals around the school. Her door was open to anyone who wanted to learn about Christ.

Later, when John’s health prevented him from traveling, he encouraged Dorris to continue her work in Nigeria. In 2004, at age 70, Dorris was hugging her teaching materials as she balanced on a motorcycle taxi on her way to teach women’s classes. Dorris made trips to Nigeria until her health made her stay home. She was able to take others with her including Chad Wagner, who is now president of African Christian Schools Foundation.

John passed away in 2011 after a loving marriage of 59 years.

On her first trip Dorris met Amos and Bessie Udo, Herbert Chukwu, Benson Onwumere, Reuben Uche Egwu and others. Bessie was by her side, caring for her and translating for her. The Gainesville church supported at least six student preachers and helped support the work in Nigeria.

Dorris said, “When I began corresponding with World Bible School students … I had no idea that the Lord would use me in the way he has — the trips, the construction of buildings and now the schools. With the development of both a preacher training school and a technical school, we can prepare our men to preach and support themselves with confidence.”

Emanuel Offor donated $35,000 for the Abakaliki School of Biblical Studies and the Comprehensive School of Management and Technology. Nigerian and U.S. Christians worked together to make this dream come true. They called Dorris the Lady of Vision.

Dorris worked with Reuben Egwu to buy land, dig wells and start a school in Afikpo, in Ebony state. Reuben is now director of the Dorris-Chad International Christian Academy in Afikpo. Reuben called Dorris, “Mother.” In 2019, he visited the U.S. and stayed in her home while he raised funds for the school and ministry in Nigeria.

Dorris had a heart for missions — for teaching anyone who wanted to learn about God. She said, “If you pray for God to open doors, be ready to serve anywhere.”

Chase Randall Patton passed away unexpectedly on Thursday, Sept. 17, at the young age of 21. Chase was born on April 15, 1999, in Houston to Tammy and Alan Patton and raised along with his two older brothers, Taylor and Zach. 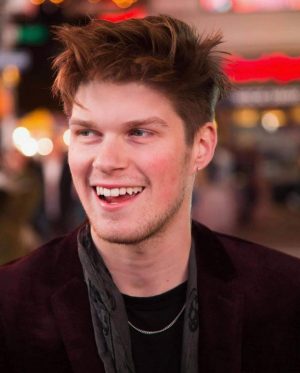 He was preceded in death by his grandpa, Cloys Patton. 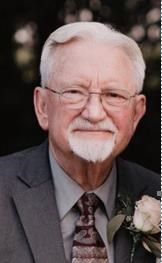 Bill Oakley preached for 53 years for Churches of Christ in Tennessee, Oklahoma and Kansas.

Nina M. (Temple) Lane was born on April 9, 1918, in Georgia. She was the third oldest of 10 surviving children. To help support her family who were sharecroppers, she dropped out of school at an early age. At the age of 7, it became her job to cook for the whole family. Her cooking, canning and gardening skills were a part of her life until her 90s. 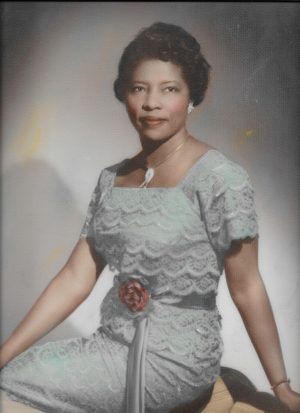 She moved with the family to Florida, and while there she was taught the gospel by such renowned preachers as Ishmael Knight and F.L. Thompson and was baptized. She met and married Jimmie Reeze and they started a family. Two daughters, Gwendolyn and Gail, were born in Florida, and son, Timothy was born in Detroit.

Nina always believed in education and hard work. While in her 60s, she returned to night school to continue her education. She was employed by school districts in Indianapolis and Detroit. Nina was a businesswoman, selling Kirby vacuum cleaners and Stanley Home Products. She ran specials to benefit Southwestern Christian College.

Nina helped to raise all her grandchildren. She always passed out Gospel Minutes publications to spread the gospel in her own quiet way. She is survived by two of her siblings, Mrs. Ada L. Wade, who worships with the North Greece Rd. Church of Christ in Rochester N.Y., and Mr. Julian Temple of Detroit Mich..

Sister Lane continued to faithfully worship and serve the Lord with the saints at Wyoming Avenue Church of Christ in Detroit until Dec. 28, 2019, when she was called home to glory at age 101.

As the two-year mark of “Joye Eternale Worde-Armon Day” approaches, Nov. 10, for those living in or near King County, Wash.: Let the Brotherhood of Christ be encouraged to fondly reflect on the many and varied memorable experiences shared in the presence of Joye Eternale on this side of eternity. 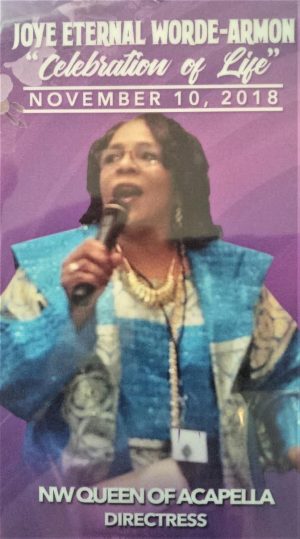 Undoubtedly, R.L. and Lillian Worde possessed the gift of prophecy when naming their child Joye Eternale Worde. Joye honored them and our Father in Heaven by living up to that prophetic reality throughout her life.

Too numerous to share here are the countless expressions describing the impact of Joye’s presence, generosity, singing, and speaking over the years. We recall her flawless tone, incredible range, depth of feeling, and pure undiluted joy! One such expression was that of Bro. Ron Palmer, who regarded her as a descended angel in our midst. Another identified her as the Pacific Northwest’s face of the church, and noted sister friends dubbed her the ‘Northwest Queen of A Cappella.’ Joye incarnated the vision and mission of her life; she made songs preach, while communicating humility, creativity, faithfulness, and joy through song.

While often engaged in numerous endeavors, Joye was a faithful servant of the Lord first and foremost! Her interest in inter-congregational fellow-ship was unmatched and led to positive exchanges throughout the brotherhood. Joye considered herself and was accepted as a universal member of the Church of Christ!

She worshipped many years with the Holgate and Southside churches in Seattle, leading a special events ministry, serving as choral director for Cross Connection and Southside Adult Chorus. She directed mass choirs for a period spanning four decades, producing albums for the groups. She mentored many budding young singers, worship leaders and preachers. She spoke at many ladies’ day events.

Joye played a critical role in the transformation of group singing from friendly, competitive performing to group ministries in which music played an important part, while benefiting area-wide congregations and communities across the nation.

During that 42-year span, Joye co-founded, along with her husband T.C. and others, the Tri-State Northwest Regional Songfest, contributing to its success for 28 years. She directed numerous all-conference and national lectureship choruses, sing-a-ramas, and musicals across the U.S., Canada, and Jamaica. Joye’s service-mindedness was displayed openly through a variety of ministries and community outreach efforts including Hymns on Rims, prisons, homeless missions, and missionary trips to Jamaica and Africa.

Topping it off, Joye had a special concern for youth and enjoyed hosting and supporting youth events. She founded the Sweet-16 program at the Southside Church of Christ, which continues in her honor today. She blasted line drives on the softball field, fundraised, and was the youths favorite chaperone.

As Joye’s husband of many years, her departure is understood, yet like many others, we feel that Joye left too soon. Even today, a huge chasm is apparent in our fellowship, community, and in an inability to carry on in some respects.