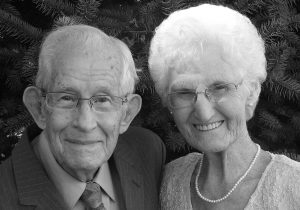 Doyal and Ruth Lindsey, Springfield, Mo., are celebrating their 75th wedding anniversary.  They were married on Nov. 21, 1942, and currently attend the Sunset Church of Christ. Their faith in God and Christian life has influenced many people.

Doyal “Spike”, an X-ray technician for over 50 years, retired from St. John’s Hospital in 2001 at the age of 79. Ruth retired from French’s in 1986. They love visits from their children and grandchildren and attend many of their grandchildren’s activities. Doyal likes to work in the yard; Ruth loves writing, sewing and jigsaw puzzles.

God bless you and congratulations, Doyal and Ruth Lindsey! 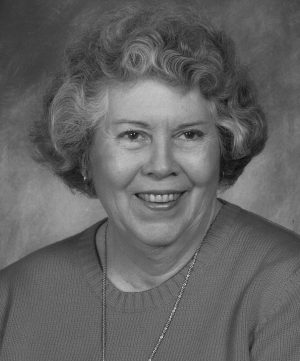 Shirley Birdsall Alexander, 84, went to be with her Lord and Savior on Sept. 11, 2017. She was born Nov. 16, 1932, in Wichita Falls, Texas, to Nova Graham and Gilbert Alton Birdsall. Shirley grew up in Texas and Louisiana and graduated from Kenner High School in Kenner, La., in 1950. She earned her undergraduate degree from Harding College in Searcy, Ark., in 1954. After graduating from Harding, Shirley worked as a teacher at Great Lakes Christian College in Beamsville, Canada, from 1955 to 1957. She went on to attain her Master of Library Science from Louisiana State University in Baton Rouge, La., in 1959. After graduation, Shirley worked in the Louisiana State University Law Library from 1959 to 1962 and went on to be the library director at the Harding College Library from 1962 to 1975.

On July 4, 1975, Shirley married Cecil B. Alexander and moved to Rochester, Mich., where she helped Cecil rear his two children, Lisa and Mark Alexander.  She continued her career as a librarian, working in the documents library at Oakland University in Rochester, Mich., from 1978 to 1979 before going to work as a cataloger and library director at Michigan Christian College in 1980, where she remained until 1986. Shirley and Cecil moved to Abilene, Texas, in 1986, and Shirley began working as a cataloger in the documents library at Abilene Christian University, where she remained until her retirement in 1994. She was a member of the American Library Association.  Shirley lived in Abilene until 2015, at which time she moved to New Braunfels, Texas, to be near family.

Shirley’s love of learning continued throughout her life. She was an avid reader of all genres. In addition to books, she also subscribed to numerous publications and would frequently share articles of interest from these with others. Shirley was also passionate about genealogy and spent many years researching family history. In addition to reading and genealogy, Shirley loved to travel. She visited many places both in the United States and abroad. She had an adventuresome spirit and was never afraid to set out on trips alone. She never met a stranger. Shirley made many friends over the years and maintained those relationships throughout her life. She was a very loyal and faithful friend who cared deeply about others. She enjoyed time spent with family over the holidays and other special occasions. Her nieces referred to her affectionately as “Tia.” She will be greatly missed by all who were blessed to know her.

Shirley is survived by Lisa Alexander of Searcy, Ark., and Mark Alexander of Abilene, Texas; brother, Graham (Sue) Birdsall of New Braunfels, Texas; nieces, Julie (Trey) Quigley of New Braunfels, Texas, and Amy (Tim) Leach of Midland, Texas; great-nephews, Josh (Aurora) Quigley of Littleton, Colo., Taylor Quigley of Dallas, Texas, William (Kimberly) Leach of Dallas, Texas, and Patrick (Courtney) Leach of Fort Worth, Texas. She was preceded in death by her husband, Cecil B. Alexander, and her parents, Nova Graham and Gilbert Alton Birdsall. The family would like to extend their deep appreciation for her loving and compassionate caregiver, Bianca Salazar, as well as Hope Hospice of New Braunfels, Texas. Memorials may be made to Hope Hospice, 611 N Walnut Ave, New Braunfels, TX  78130 (www.hopehospice.net), or to World Christian Broadcasting, 605 Bradley Ct, Franklin, TN  37067 (www.worldchristian.org). 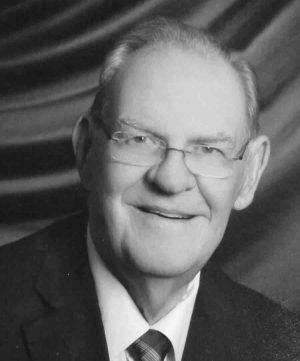 James served as choral director in public and private schools in Texas. He taught music classes at the University of Oklahoma, Christian College of the Southwest, and Community College. For the last 17 years of his teaching career he served as professor of music and chairman of the Department of Music at Lipscomb University.

From 1955-57 he served in the U.S. Army in France. Beginning in 1948, he served churches of Christ as minister of music, youth minister, education minister, deacon, and elder. He organized and directed choral groups for over sixty years. 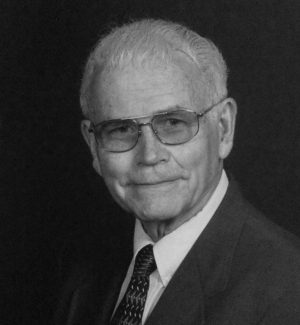 in Tulsa. Luther was the ninth of 10 children

and described himself as the last of the Oklahoma

pioneers growing up on his family’s farm near Checotah.

He was the first in his family to graduate from college – from Oklahoma A&M (now OSU). Soon after this he was stationed in San

Antonio, Texas, while in the Air Force. On the same Sunday that he was baptized, he met Barbara at church. They both decided to study at Freed-Hardeman College, where Luther concentrated on taking classes in Bible and religion.  He soon began preaching part time at area churches. Luther and Barbara were married in 1955.

Luther then devoted his life to full-time ministry.  He began preaching for churches in Rogers Springs, Tenn., Shidler, Okla., and Falfurrias, Texas. About this time, their only daughter Dena was born. Luther preached for congregations in Portland and Bishop, Texas, and then spent several years in the Kansas City area. He worked with the Raytown Church of Christ and Kensington Park Church of Christ before returning to Oklahoma. After preaching in McAlester, Okla., Luther left full-time paid ministry in 1979, but never slowed down in his work for the Lord. He spent his retirement years as church deacon, elder, Bible class teacher, and personal evangelist. He passionately loved the Lord as was devoted to his family.

He leaves behind his wife Barbara, daughter Dena, son-in-law Ted, granddaughter Elisabeth, and grandson Lukas (see Sept. 2016 issue of The Christian Chronicle article “Young Man with Autism has a Heart for the Homeless”). He also leaves behind his brother James and other extended family, including three special nieces who supported him in his final days: Tammy, Marla, and Linda.  Memorial services were held at Park Plaza Church of Christ where Luther was a beloved member.  Mitch Wilburn, minister, and Marvin Phillips, Luther’s brother-in-law, conducted the service to honor the life of this faithful servant of the Lord.