Virtually any member of the Churches of Christ in Michigan knows the name Jerry Tallman. Jerry began his working career as a draftsman, but after becoming a Christian and getting encouragement from the teens he taught at the Rochester Church of Christ in Rochester Hills, Mich., he decided to enroll at Sunset International Bible Institute. 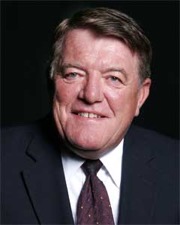 After graduation, Jerry and his wife, Connie, ministered for several years growing the church in Plainwell, Mich., before being asked by the Rochester Church of Christ to be their preacher/evangelist. Jerry would spend the next 29 years preaching Christ and sharing the gospel message in thousands of personal Bible studies. He developed an effective method of sharing the good news of Jesus for those who are searching for the truth about Christianity.

Jerry retired from full-time congregational preaching in Rochester, sold his home, and hit the road with his longtime spouse of 56 years and ministry partner, Connie, in their motorhome, bringing “His Eternal Plan” to many across North America by conducting evangelism workshops. Jerry enjoyed teaching classes on evangelism at Sunset International Bible Institute.  He was also an accomplished artist and produced hundreds of art pieces.

Jerry’s love for the smaller churches of northern Michigan did not go unnoticed. During the summer months and in between conducting workshops, Jerry would travel to many churches to preach, teach, and give lots of encouragement and love. Jerry’s book, “His Eternal Plan,” is a great tool and legacy he has left behind to share the good news with anyone. You can order this book and watch Jerry’s teaching videos at HisEternalPlan.com. Jerry taught us not only how to live for Christ, but also how to die in Christ. 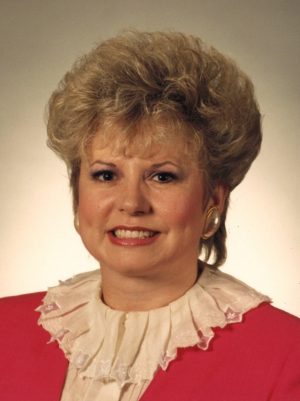 Carolyn Ann (Sundling) Kelsey passed away March 5, after an extended illness. Carolyn was born on Dec. 17, 1947, in Akron, Colo., to Harold and Katherine Sundling. After high school she decided to further her education by enrolling at York Christian College in York, Neb. After she graduated, Carol moved to Los Angeles, Calif., and lived with family. She met Lyle Kelsey at the Glendale Church of Christ. They were married three months later. The next few years were interrupted by Lyle’s stint in the U.S. Army at Ft. Lewis, Wash., during the Vietnam War.

Following their time in Washington, Carol and Lyle moved to Oklahoma City, where they grew spiritually. For several years, Carol chaired the women’s ministry at the Edmond Church of Christ, where Lyle serves as an elder. She also taught Bible classes and spoke at ladies’ luncheons and prayer meetings.

Their daughter, Crystal Lynn, was born in Oklahoma. Carol Kelsey was the most wonderful wife and mother. She was a professional seamstress and taught sewing classes for years in Oklahoma City. Carol established and operated the Satin Stitch Embroidery business in Edmond for several years. She was a successful real estate agent for 25 years, serving with Edmond real estate agencies at Century 21, Prudential, and Churchhill Brown.

Carolyn was loved by everyone who met her, and she will be greatly missed by so many. 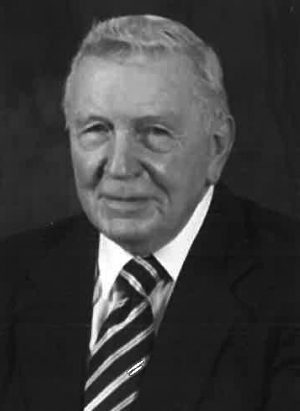 He attended Stokes Elementary and Hillsboro High School and volunteered in the U.S. Navy at age 17 during World War II. After ably serving in the war, with nothing more than a disciplined work ethic and good character, he returned to Nashville and served as Julia Green Middle School’s first football coach. His younger brother, Stanley, played on that team and went on to become an outstanding football player at Battle Ground Academy. Lloyd then attended Bowling Green Business College, graduating with a degree in business.

He worked for Nifty Paper Company and later for Century Steps in Lebanon, Tenn. While there, he earned many salesmanship awards.

Lloyd also served his Nashville community in many ways. He worked with the UNA PTA; he started the first PTO men’s group at Glengarry Elementary School, and he served as a successful little league baseball coach in the UNA Recreational League and Babe Ruth League.

For Lloyd, it was all about God, country, and family. The truth was the only thing that mattered to him, whether in education, politics, or religion.

Lloyd’s great uncle was Robert Wycliffe Comer who was a staunch defender of the Church of Christ in Nashville and a philanthropist who recently, through his Comer Trust, gave $15,000 to each Church of Christ in Tennessee and Kentucky that follows the simple New Testament pattern. Comer’s life exemplified the ideal set by Paul in the 12th chapter of Romans: “Not slothful in business; fervent in spirit, serving the Lord.” Lloyd tried to do likewise.