Lucille celebrated with her family and friends at a potluck party sponsored by the Church of Christ in Hamilton, Mont., on April l4, 2019. 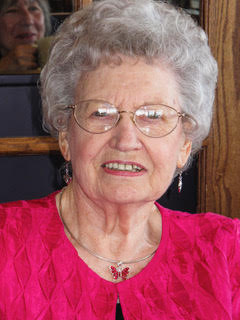 She was born in Iowa and moved to California in 1942, where she met and married Terrell (Terry) Coppinger. They attended the Tulare Church of Christ where she was baptized. They moved to Hamilton, Mont., in 2000 to be closer to their daughter. They became active members of the Hamilton Church of Christ where they both sent greeting cards to visitors as well as birthday, anniversary, and get-well cards to the members.

Terry died in 2015. Lucille continues with her church activities including her favorite pastime of reading and visiting the sick. She is a marvelous lady and a wonderful example to all of us. 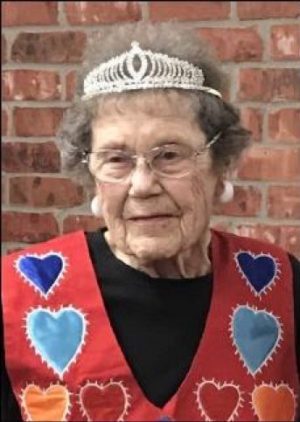 Grace Dempsey will celebrate her 100th birthday on May 18, 2019. Mrs. Dempsey was crowned the “Valentine Queen 2019” at Tamarack Assisted Living Center in Altus, Okla. She is a Charter Member of Tamarack Road Church of Christ in Altus. She shared her love for learning by teaching school for 39 years. She is active in the Jackson County Retired Teachers Association. She was the AARP treasurer and a nominee for the “2013 Oklahoma Andrus Award for Community Service.”

Grace was the American Legion secretary/treasurer and compiled information for this area at the “Oklahoma Girls State” program. She was the secretary/treasurer for the Good Sams, for whom she produced a creative monthly newsletter. She currently volunteers with the Great Plains Literacy Council, and she received the “Above and Beyond Tutoring Award.” She “exercises” by participating in the Oklahoma Silver Belles Line Dancing Group. They perform at Veterans Day programs, area assisted living and nursing centers.

Mrs. Dempsey is a loyal Oklahoma City Thunder Fan! On game nights you will find her watching the game at Tamarack with her 94-year-old sister-in-law, Bernice Duncan, or her grandsons Kyle and Todd Eshleman. She has been to the Thunder Chesapeake Energy Arena with her daughters and sons-in-law, Elaine and Dave Hill and Carla and Bobby Taylor. 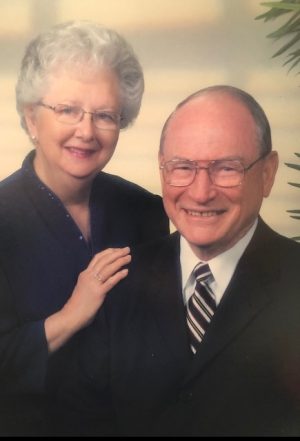 Bob and Carolyn Gregg celebrated their 65th wedding anniversary on March 13, 2019. Bob served in the Air Force at Okinawa, Japan, and helped establish the church in Okinawa in 1952. During their 67 years of preaching, the Greggs have served churches in Arkansas, Illinois, Oklahoma, and Texas. Bob retired from full-time preaching in 2007. He has been a popular teacher at Oklahoma Christian College of Bible for the past 28 years. The Greggs currently live in Mustang, Okla. They have four children, ten grandchildren and ten great-grandchildren. 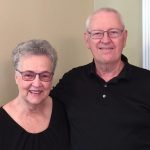 Dr. Kenneth Tipton and Connie Taylor Tipton were married 50 years ago on June 2, 1969. 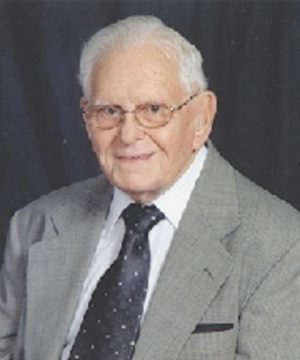 He graduated from Abilene Christian College in 1944. Boyd married Geneva Campbell from Ranger, Texas, in 1946.

Boyd was a member of the Saturn Road Church of Christ in Garland, Texas.

He is survived by his children, Sheryl Curlee and Derl Taylor.

Born in Chicago, he was the son of the late Chad Imlay and Laverne McDillon Imlay. He was a retired school teacher with the Bibb County School System and a very active member of the Thomaston Road Church of Christ. He was preceded in death by a daughter, Catherine Laverne Imlay.

Mr. Imlay was a proud Vietnam veteran serving in the U.S. Navy.

Herman L. Jackson was a member of the Stony Island Church of Christ in Chicago, Ill., where he served as an elder until his sudden death in September 2018.

Along with his wife, Brenda, and their two children, Terria and Pierre, the Jacksons placed their membership at Stony Island in 1999. Prior to that, Herman labored as minister at the 39th Street Church of Christ and Vincennes Avenue Church of Christ in Chicago, respectively.

Herman was a member of the Church of Christ since the age of 11. Both his parents were life-long members, and his father, Herman Jackson Sr., was minister and later an elder of the congregation where he served.

After graduating from high school at the age of 16, Herman attended the University of Illinois; he then served four years in the United States Navy as a medic. Six months after his discharge in 1980, he married Brenda, and they began life together as one. They have been blessed with a daughter and a son.

Herman’s family, the Stony Island church family, and brothers and sisters throughout the brotherhood mourn his loss, celebrate his life, and cherish his memory.

The Christian Chronicle appreciates and acknowledges very generous gifts received in honor of Gary and Barbara Lyons and Lynn and Joy McMillon and in memory of Dr. Bill Billingsly, Nicholas Esene, Gordon Parmenter, and Frances Phillips.