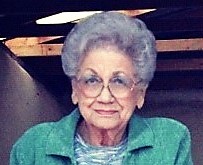 Gussie will celebrate with family and friends at the Balmorhea Community Center on March 24. She was born in Denmark and moved to Canada when she was six. The family later moved to Chicago. Gussie married R.V. (Rip) Turnbough in 1945, and they made Balmorhea, Texas, their home. He died in 2001. She has six children, 20 grandchildren, and 35 great-grand-children. She taught swimming lessons for over 18 years and continues to be an avid reader and crocheter. She and Rip were active in the Balmorhea Church of Christ. Happy Birthday, Gussie! 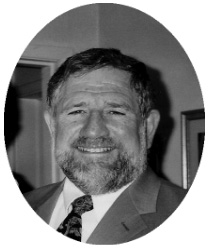 Morgan Outlaw was born in High Springs, Fla., where he played baseball and football. In 1961, he received a full football scholarship to Harding University in Searcy, Arkansas. While there he spent a lot of time at the house of a local girl named Judith Eliott. On May 30, 1963, Morgan and Judith were married.

After he graduated in 1965, they moved to Memphis, Tenn., where he started his career in education at Harding Academy. They were blessed there with two of their three cherished daughters, Malia and Anna.

Morgan’s career allowed him to touch lives in nine schools and four states. After Harding Academy, he worked at three public schools in Tennessee and then in Arkansas, where Lezlie, daughter number three, was born. At each location, Morgan served the congregations where they worshipped in any needed capacity including, teaching, preaching, and as a deacon or elder.

As an only child with parents who died young, the joy Morgan had with his wife, and family was never taken for granted; he knew he was richly blessed. He lived twenty years in a home he built twice (due to fires), worshipped with people he loved, grew a garden that provided for his family and others, and knew that he was surrounded by people who loved him and were with him until his race was finished. 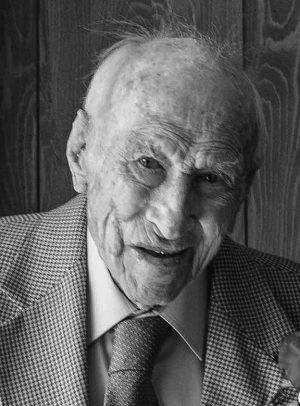 After graduating from high school, he went on to receive his bachelor’s degree from Oklahoma State University. Elmo married the love of his life, Mae Curry, on July 14, 1940, in Hollis, Okla., and they spent over 58 happy years together. Mae passed away on March 4, 1999. Elmo was then blessed with another life companion, Jennie Marshall. They were united in marriage on April 11, 2000, in Plainview, Texas. She preceded him in death on July 15, 2006.

Elmo was a farmer all his life and enjoyed restoring John Deere tractors and trains. He also loved to plant a garden every year. He was a Farm Bureau founding member and president of Edmonson Wheat Growers. Elmo was a member of the Church of Christ in Kress and was recently leading his congregation at the Lord’s Supper. See“Can Churches of Christ be Saved?’’ for the story and video. 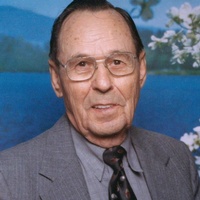 W. F. “Bill” Weger passed from this life on Feb. 4, 2019, in Oklahoma City.  He was born Nov. 5, 1919, in Sterling, Okla., to Thurmon J. and Cora (Perry) Weger. He attended school in Denton and Sterling and served in the Civilian Conservation Corps (1938-1940). During WWII Bill worked for Douglas Aircraft at Tinker Air Field. There he was recognized for innovations in building aircraft. He retired in 1986 as a service technician from Sears in Lawton, Okla.

Bill married Frances Hair on Aug. 3, 1940, in Walters, Oklahoma. They were residents of Lawton for 73 years before moving to Luther in 2013.

He was a dedicated Christian and member of the Church of Christ, serving as an elder in two congregations, and he regularly taught Bible classes over a span of 50 years. After retirement, he traveled with We Care Ministries to teach the Gospel and volunteered for 20 years at Memorial Hospital in Lawton.

He was preceded in death by his parents, two sons, three brothers, and two sisters.

Lavonne Welch went home to be with the Lord on Jan. 11, 2019, at the age of 84 in Alvin, Texas. Lavonne was a graceful woman of God, faithful wife of 63 years to husband Glenn, and precious mother to Bruce, Rayford and Ruth. She raised her children in the Lord by herself, with help from loving Christian friends. Lavonne was, in every way, a Eunice to her children; her Aunt Ruth and Grandmother Lottie were their Loises. Her middle son Rayford has served as a gospel minister for 37 years. Lavonne was beautiful inside and out and in every way a true servant of God to her last breath. In so many ways she was a Tabitha to everyone she met — full of good works and acts of charity. 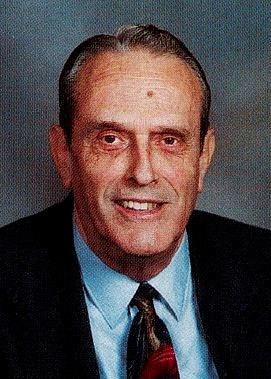 The Christian Chronicle appreciates and acknowledges generous gifts received in honor of Lynn and Joy McMillon for their many years of service and dedication to the Chronicle.