Darline L. Bridges-Hornbeck was born on Nov. 4, 1917, in Manitou, Okla., to Dora and Leonard Henson. She grew up in Texas and graduated from Central High School in Ft. Worth, Texas. She attended Baylor University and Lamar College. She graduated from the Woodrow School of Speech in Dallas as a speech major. 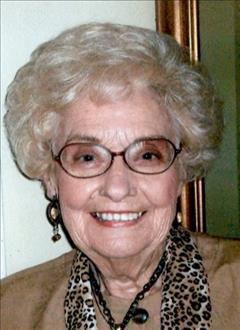 Darlene married George I. Bridges in 1935 in Overton, Texas. In 1944 they moved to Lawton, Okla., where he was in business, and she established a speech studio. They had two children, Dr. George I. Bridges and Donna G. Waller.

In the late 1940s, she was involved with weekly radio programs which presented plays and other radio entertainment. In 1950, her stage talent led to a starring role as the Virgin Mary in a movie filmed in Lawton, the Holy City, and in Hollywood titled, “The Prince of Peace.” Going to Broadway and appearing at the movie’s premiere was a highlight of her acting career.

Darlene has been an active member in the Church of Christ with many years of being a teacher in the Sunday school department. During the years of 1952-58, she was on KSWO-TV every Saturday afternoon with “The Children’s Bible Hour.” For 18 years she hosted a weekly non-denominational Bible class in her home for ladies of the Lawton area. When she and her husband, George, started spending their winters in Port Isabel, Texas, she had a weekly Bible class for approximately 20 years at the Chapel by the Sea in South Padre Island for the winter visitors.

One of the civic clubs in which she was a charter member was the Lawton Book and Play Review Club. For many years she was a regular book reviewer and even traveled to the Pan American Lectureship in Quito, Ecuador, to present her review of the entire Bible. She was a long-time member of two other clubs: Quest Club and the Lawton Woman’s Forum that began in 1952.

Some of her hobbies were fishing with George, who died in 1996, book reviewing, Bible study and teaching, sewing, playing bridge, and entertaining.

Beginning in 2000, several of her summers were spent helping a friend, Shirley Mitchell, in her gift store in Skagway, Alaska, where she sold books and other Alaskan native crafts. Her love of adventure has also taken her to Europe, Russia, Israel, Africa, China and South America, where she either toured for the fun of it or been involved in missionary endeavors.

Among her greatest joys, each Thursday, when she was in town, was cooking lunch for her son, George, his two sons, Trace and Todd Bridges, and three of their friends, Ross Hankins, Bob Milam, and Larry Hurst.

She married Bob Hornbeck of Lawton in March of 2008. He died of an accident in August of that year. She remained close to his two daughters, Jan Forsse of Dana Point, Calif., and Jill Melrose, Medicine Park, Okla.

Darlene was preceded in death by her parents, several brothers and sisters, and two husbands.

Memorial contributions may be made to World Christian Broadcasting, 605 Bradley Ct., Franklin, TN 37067. 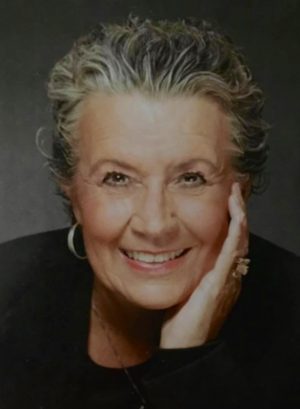 She was a wonderful RN for over 30 years and a nationally known ladies’ retreat speaker. Donna is survived by her loving husband of 60 years, John Nance, and her children, Mike (Delores) Nance, Holly (Paul) Freeland, and Lisa (Mike) Pruitt. She was an amazing writer, loving wife, mother, grammy, great-grammy, and trusted friend. She demonstrated her compassion, faith, and Bible knowledge through her many ladies’ classes/retreats, teen classes, and Facebook writings. The essence of who Donna was is best described in her own words: “One of the character traits of maturity is how one treats those who stand on the sidelines of life, those who are often invisible to the mainstream, and those who blend into the background. Seek them out, be kind, be compassionate, be respectful and recognize each person’s value. There are no ugly ducklings in the eyes of their Creator.”

Charles Vaughn Mahaffey went peacefully in his sleep (as he had hoped) to be with his Lord in Heaven on Feb. 26, 2020. 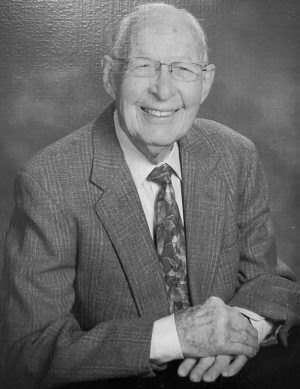 Charlie (to his friends, but Sonny to his parents), as the eldest of the eight children of Mark and Josephine Vaughn Mahaffey, was born on Oct. 26, 1923, in Fort Worth, Texas. Early in his life, Charlie developed his lifelong habits of Christian living, hard work, music and love of family and learning. Upon high school graduation, he attended Texas Christian University for 1½ years and proudly played his trombone in the Horned Frog marching band. All his life he loved to sing, and he sang in barbershop quartets and as a song leader at numerous Church of Christ homes across Texas, New Mexico and Oklahoma. Charlie was a very patriotic American. After 1½  years at TCU, he enlisted and served in the 552nd Anti-Aircraft Artillery (AAA) Battalion attached to the 78th Infantry Division. He landed on Utah Beach during the D-Day invasion and was one of the first units across the Remagen Bridge in March 1945. Charlie was honorably discharged in December 1945 and immediately entered geology school at the University of Oklahoma where he graduated in 1948. He was a lifelong, passionate Sooner football fan. Charlie began his career as an exploration geologist for Cities Service Oil Co. in West Texas in 1948. There, at a church youth group in spring 1949, he met the love of his life, Alma Bell Henson, his wife for 62 years. Charles and Alma wed on August 27, 1949, and were together until her death in August 2011. Charlie was the first in his family to obtain a college degree, and he was the role model for his siblings, his children, and his grandchildren to obtain their college degrees. He nurtured his children to work hard, to finish any job you start, and to be the best you can be. After retirement from Cities Service Oil Co. in 1987, Charlie became a Master Gardener, taught gardening courses and, with Alma, traveled to most of the continents around the world, including numerous cruises and memorable trips, either with friends or on church mission trips.

Charlie was a committed Christian.  As an active member of Park Plaza/The Park Church of Christ for 49 years and as an elder for almost 40 years, Charlie endowed the eldership with wisdom that will be passed on for generations. He recognized that we are all human, that we all make mistakes, even elders, but elders should “err on the side of grace and mercy.” Charlie was a Sunday school teacher, a song leader, an active care group leader, active in mission groups, and staple every Tuesday at the food pantry. Charlie remained engaged until the end in the lives of his numerous family members, friends, and church brethren. He blessed and touched the lives of many people in Tulsa and around the world through his faith and good deeds. Charlie’s best accomplishment and legacy is that his children and 15 grandchildren are Christians.

Charlie will be missed by his family and friends, but we praise God that he fought the good fight, kept the faith, and is now enjoying his heavenly home.

Earle H. West, 94, was born Aug. 3, 1925, and he died March 31, 2020. His father died when he was five, leaving Earle and his mother to live in the student dorms at Freed-Hardeman as compensation for her teaching. 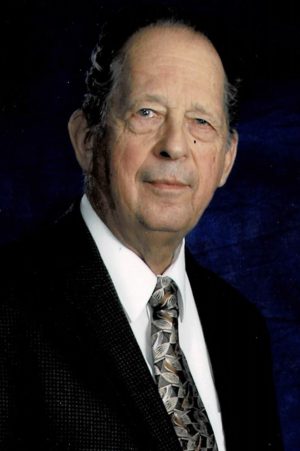 Earle completed a junior college program at Freed-Hardeman University and later earned a Ph.D. from Vanderbilt University. Earle taught chemistry for 10 years at David Lipscomb University, and he served for 29 years at Howard University, Washington, D.C.

In 1951 Earle married Tommie Ann Hickox, and they began their work serving the Lord’s church. Earle served as minister for churches of Christ in Goodlettsville, Tenn., Nashville, Tenn., and Cleveland, Ohio, and for the past 50 years as an elder for the Silver Spring (Md.) Church of Christ. While living in Cleveland, Ohio, he was asked by the Cleveland Plain Dealer to debate a well-known atheist, Charles Smith, and it was widely attended. Earle authored and published several Bible study materials and along with Tommie conducted teacher training workshops. 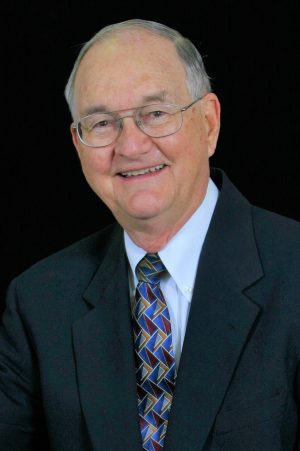 Howard Doyle Leftwich was born Jan. 29, 1932, in Burden, Kan., and passed away Monday, April 13, 2020. After graduating from Burden High School he went to Wichita University, graduated with a degree in accounting, and passed the CPA exam. In 1950, he was introduced to Marilyn Evans, and they were married Jan. 24, 1952. After college graduation, they moved to Kansas City, Kan., where he was employed by a national CPA firm, and their two children, Donald and Linda, were born.

In 1967, Howard was recruited to move to Oklahoma and teach at Oklahoma Christian.  By 1970, he had completed his Doctor of Business Administration degree at Oklahoma University and began teaching a full load at OC. He initiated the accounting major at OC, and he was named Chairman of the School of Business at OC, a role he held until stepping down in 1993. He continued to teach business courses until retiring in 1999 and was a respected and beloved professor. Howard was honored with the Gaylord Chair of Distinguished Teaching Award and Merrick Award. He was a faithful member of the Memorial Road Church of Christ, Edmond, Okla., where he served as an elder from 1972 to 2019, resigning due to failing health.

He is survived by his wife of 68 years, Marilyn; children Don (Janie) Leftwich and Linda (Bob) Wheeler; five grandchildren; and four great-granddaughters. 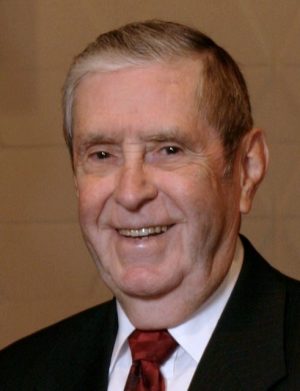 Hickman County, Tenn., native George W. England passed from this life on April 11, 2020, at the age of 95. Mr. England was born on July 14, 1924, in the Hassell’s Creek community near Lyles. Following World War II, he was a resident of Nashville for the remainder of his life.

He was a member of the Vultee Church of Christ for nearly 70 years, serving faithfully as a deacon, Bible class teacher, and volunteer in many church life activities.

“Our family lost the best friend we’ve ever known,” Nancy said. “Dad is now singing with the angels and hugging our Mom again. He missed her so much. We thank God for allowing him to be our Dad, teacher, and friend. Mom and Dad are back together, so their love story continues.”