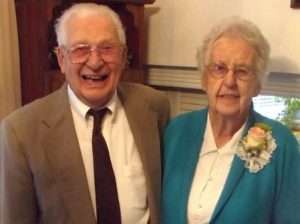 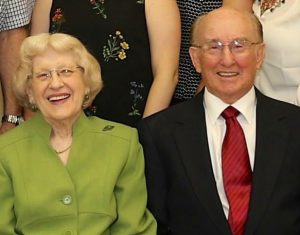 David and Virginia were married June 6, 1949, after the Navy and college. He has been an elder for 52 years at the Birdville Church of Christ, one of the oldest congregations in Texas. He was principal at Browning Elementary for 35 years, and the school was renamed David E. Smith Elementary at his retirement. Both are still well known and loved by former students and others for their friendliness and community involvement in northeast Fort Worth. Congratulations, David and Virginia! 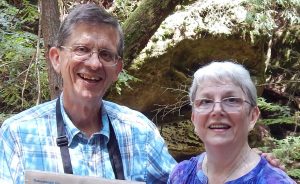 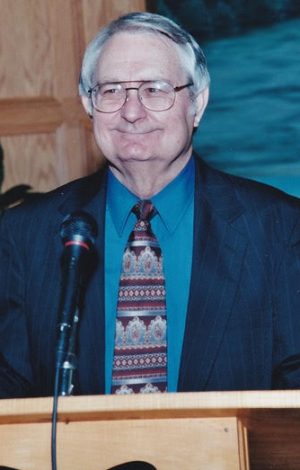 Leonard Monroe Driskell, 84, in later years of Freeport, Texas, died in North Charleston, S.C., after battling Alzheimer’s and congenital heart disease, surrounded by family. Leonard attended both Freed-Hardeman College and Abilene Christian College and preached full-time in Churches of Christ for more than sixty-five years. Ministering mostly in Texas, but also in Oklahoma, Florida, Georgia, Tennessee, Pennsylvania, and Nebraska, he headed youth bible camps in multiple locations and led mission trips to Zimbabwe, England, and domestically to the Peñasco Valley of New Mexico.

Leonard is survived by his loving wife of 62 years, Patricia; daughters Jeannie Benskin and Karin Chamberlain and sons Dennis, David, and Len Driskell; as well as fourteen grandchildren and four great-grandchildren. He will be remembered as a deeply compassionate minister and diligent gospel preacher. He will be laid to rest alongside his parents at Holly Cemetery in east Texas. No services are planned at this time.

“Those who hope in the LORD will renew their strength. They will soar on wings like eagles; they will run and not grow weary, they will walk and not be faint.” — Isaiah 40:31 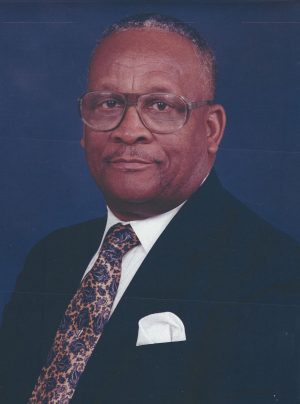 Ealgie Aubrey Gilbert Sr., age 91, passed away March 14 due to complications from Alzheimer’s. He was born June 22, 1927, to Rebecca McDonald and Bossie Gilbert Sr. He is survived by Jerome Sally, his wife of nearly 69 years. They were married April 1, 1950, and have seven children, 45 grandchildren and 26 great-grandchildren. His wife introduced him to the Church under the direction of brother David Shows at the then Gum Street Church of Christ in North Little Rock, Ark. He was so excited about obeying the gospel, and his ministry began in 1951. After several months he preached his first sermon, “What Lack I Yet.” The couple held Bible classes in their home on Sundays and Wednesdays since they lived close to the church. He served the congregations in Cotton Plant, England, Russellville, and Sweet Home, all in Arkansas. He established the congregations at Dixie Church of Christ in North Little Rock, Ark., and College Heights Church of Christ and East Side Church of Christ in Little Rock, Ark. After his retirement in 1993, he traveled to Malvern, Ark., to reestablish the work there. He labored there for seven years. After only a few months, he returned to continue another seven years until his health started to fail. Brother Gilbert will be remembered for his enthusiasm in sharing the gospel however he could. Although he had no formal education, his ministry resulted in many conversions. The Jule Miller films were his first tool in teaching cottage classes in different homes several times a week. Perhaps his most favorite way to reach people was having tent meetings at least twice a year. He also taught in prisons, leading to many conversions. Also, much time was spent in the nursing home consoling residents and extending good will to the care givers. He was unselfish in the community by providing comfort and support to those families needing solace in the court system and making recommendations to parole boards. Lastly, many men, now preachers, were given the opportunity and encouraged to speak because he gladly shared the pulpit. We thank and praise God for his commitment to serve. Following each sermon, he quoted the following scripture, “And now brethren, I commend you to God and to the word of his grace, which is able to build you up and give you an inheritance among all them which are sanctified.” — Acts 20:32

He loved fishing, hunting, gardening, and people. And we know he loved the Lord — this was his legacy. 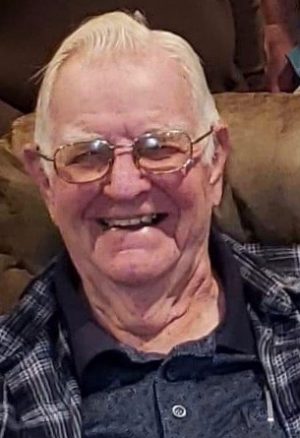 Glen was an active member and custodian of the Sunset Church of Christ, retiring this year. His servant heart and tireless dedication were not only evident in his work but also in his love for the children at the Shining Stars Preschool. Over the years, Glen loved playing and coaching softball as well as drinking coffee with the guys at McDonald’s. For many years, he also owned and managed Glen’s Auto Sales. Glen enjoyed telling jokes, figuring out the daily crossword puzzle, and watching “Gunsmoke” and “Jeopardy.” But most of all, Glen loved getting to spend time with his grandchildren and great-grandchildren, cherishing every moment he had with them. He will be missed and remembered always. 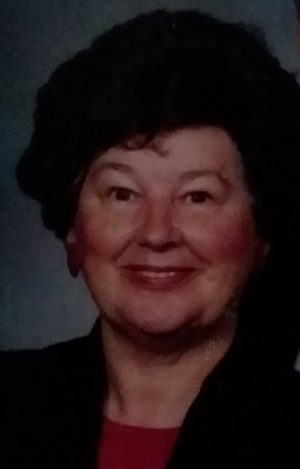 Marilyn Holroyd Wilkinson, 82, of Renton, Wash., and Cedar Vale, Kan., passed away in Renton on May 13, 2019, after a period of declining health.  Marilyn was born in Winfield, Kan., to Madison and Lucille Webb Holroyd on Dec. 12, 1936. She grew up on the family farm north of Cedar Vale, Kan.

After graduation, Marilyn attended Central Christian College in Bartlesville, Okla., where she met Maurice Charles Wilkinson of Wichita, Kan. They married on June 30, 1956.  After both graduating from Wichita State University, they moved to the Seattle area in 1962, where they have lived since, with the exception of residing in Parker, Colo., from 1993-2003. In 1997 they acquired a home in Cedar Vale to help care for Maurice’s parents. When Maurice retired from Boeing in 2003, they began alternately living in Renton, Wash., in the summer and Cedar Vale in the winter.

In her younger years, Marilyn greatly enjoyed hiking and camping with her family and playing tennis. Later, she spent time volunteering and blessing their network of friends and church family in Washington, Colorado, and Kansas. All of them, everywhere she went, remember her for her infectious smile, kindness, faith, servant heart, optimism, and love for all.

Marilyn is preceded in death by her parents and her sister, Margaret Thompson. She is survived by her husband, Maurice; son, David (Natalia) Wilkinson of Cedar Vale; daughter, Lynne Roberts of Okanogan, Wash.; brother, Madison Holroyd of Cedar Vale; grandchildren Steven Roberts, McKenna Roberts, and Karolina Wilkinson; and numerous nieces and nephews. 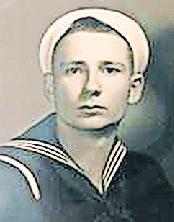 The Christian Chronicle appreciates and acknowledges many very generous gifts received in honor of Lynn and Joy McMillon and in memory of Bertha Babers and Rick Schimizze.