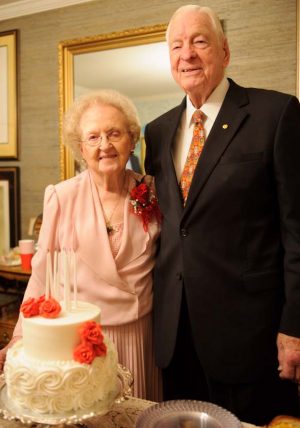 Clifton L. and Louise Ganus celebrated their 75th anniversary on May 27 in Searcy, Ark. Dr. Ganus has worked for Harding University for over 72 years as a professor, vice-president, president, chancellor and currently chancellor emeritus. He has served as an elder of the College Church of Christ in Searcy since 1965. Louise is active in Women for Harding, ladies Bible classes and garden club. Their family includes three children and spouses; 10 grandchildren and spouses of grandchildren; and 17 great-grandchildren. 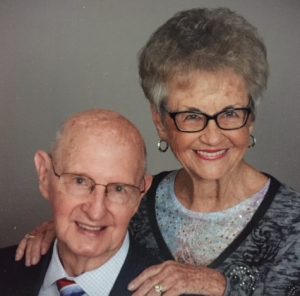 Al and Mary Milligan Jolly were married in Memphis, Tenn., on June 6, 1948. Cindy Jolly was born Aug. 11, 1949, Kathy Jolly was born Nov. 16, 1953. Following 10 years as an optician, Al began preaching, serving churches in Arkansas, Louisiana and Texas. After 70 years, they are still active. Al works as seniors’ minister for the Church of Christ in Franklin, Texas, teaching Bible classes and preaching often. Mary is in sorority, Red Hat Society, Ladies Auxiliary, quilting club and loves to sew. They are blessed with three grandchildren and four great-grandsons. They thank God for those of accountable age being Christians. 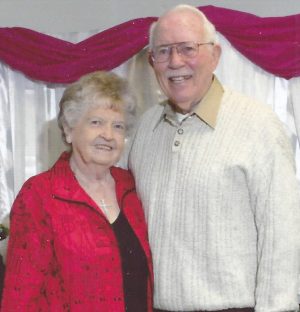 J. C. and Dorothy Newland of Lakewood Village, Fort Worth, Texas, celebrated 70 years of marriage on May 29, 2018. They were high school sweethearts in Stanton, Texas, and they married two weeks after graduation at the age of 17.

They have both been active in Texas churches teaching programs in Andrews, Monahans, Midland and Arlington. During this time J. C. spent 38 years with an electric utility company. They have worshipped with the Woodland West Church of Christ in Arlington since 1979, and J. C. served several years as a shepherd. He is now a volunteer for Lifeline Chaplaincy in Tarrant County. 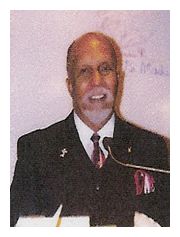 For 54 years Dr. David Perkins has fostered the spiritual growth of many individuals as well as Churches of Christ in Indianapolis and throughout the world. At 6 p.m. Saturday, June 2, we, the Church of Christ on College Avenue, will host the 12th Annual Judge Z. Mae Jimison Songfest in Dr. Perkins’ honor. This songfest was originated by our beloved sister in Christ before her passing in 2008, and she is Dr. Perkins’ own sister in the flesh.

On Sunday, June 3, we will host our Annual Appreciation Day to honor him. On both days, we have invited song groups from out of town in addition to local groups. Dr. Perkins looks forward to hearing them present the Gospel in song.

We respectfully request your presence for this very special 54th Anniversary and Appreciation Day celebration that you might assist us as we give heed to Romans 13:6-7 — giving honor to whom honor is greatly due — the senior minister in the Indianapolis area, Dr. David E. Perkins. Congratulations, Dr. Perkins!