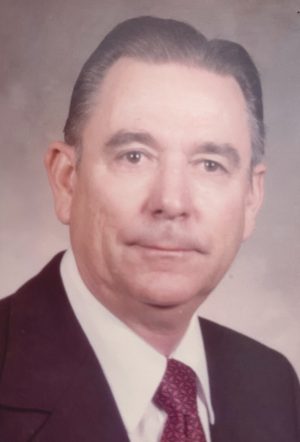 Dee Martin’s oldest grandson wrote, “This warrior who served in World War II in the Coast Guard, survived the Great Depression, outlasted the Soviet Union, saw 17 presidents and counting, turns 100 on June 5.” Dee Martin, who was born in 1920 to John and Elana Martin, grew up on a farm in Tipton, Okla., with brother Perry and sister June. After attending Oklahoma University, he enlisted in the U.S. Coast Guard in 1942 and served on the destroyer-escort USS Lowe which survived near-misses by Geman U-boats.

Dee married Audra Dunn, his high school sweetheart, in 1945 in the home of Burton Coffman in Houston. In 1951 they moved to Plainview, Texas, to farm with his dad. Dee was an elder in the 9th & Columbia Church of Christ for 44 years. He was chairman of Farm Credit Banks of Texas, and he presided over many other agricultural and church organizations. Dee also helped start the Sunset School of Preaching in Lubbock in 1962.

In 2004 he and Audra moved to Plano, Texas, to be nearer children, Lana (Jeff) and Joe Don (Janet); grandchildren, Don (Jolie), David (Jolyn), Jacob (Christal), Jennie (RobRoy); and five great-grandchildren, William, Luke, Joshua, Audrey, and Caleb. Audra, his wife of 70 years, passed in 2016. Dee and Audra held numerous Bible studies resulting in many baptisms. They extended hospitality to missionaries, ministers, and families. Dee’s deep concern has been to keep the church pure and free from error and to serve the Lord. Their greatest blessing is that all their children, grands and great-grandchildren are faithful Christians in the Church of Christ. Dee is a member of the Prestoncrest Church of Christ in Dallas.

Dee, thank you for your wisdom and the years of service to our Lord and his church. You taught us about God and led us to be baptized. You are the best example of a Christian husband, dad, elder, Bible teacher, and friend.

I Thessalonians 1:4. “God not only loves you very much but also put His hand on you for something special.”

Wanita Irene White, age 98, died on May 10, 2020, at Cumberland Pointe Health Campus in West Lafayette, Ind. She was born in Oilton, Okla., the daughter of Miles and Bessie (Jewett) Robertson. She grew up in a unique Standard Oil field community called Carter Nine. She received both her B.S. and M.S. degrees in mathematics at Oklahoma State University. She taught math at Oklahoma State University as well as the University of Wisconsin. 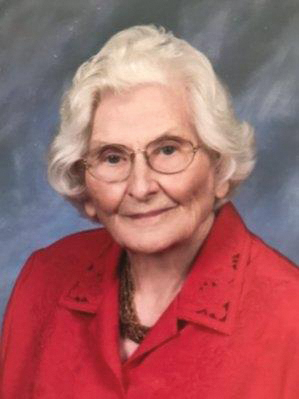 Joe Lloyd White and she were married on May 29, 1945, and celebrated their 60th wedding anniversary before his death in 2005. Together they raised five children, experienced living in five other countries, traveled internationally, and were active in mission work throughout the world.

Wanita devoted her life to Christian education, mission work, and writing. She developed a self-paced, programmed study of the Bible, which has been used by Christians of all ages. She taught thousands of international Bible correspondence course students through the World Bible School organization, contributed articles to Christian periodicals, and taught Bible classes for women and children. She shared her faith by word, example, and involvement for more than 70 years. She was a longtime active member of the Elmwood Avenue Church of Christ in Lafayette, Ind. For many years, Wanita, along with her husband, Joe, taught classes and provided outreach services to those in the hospital, families in need, and widows.

As a mother, she was an example of a lifelong learner and an adventuresome traveler. She showed us the importance of hospitality and service to others and shared her love of games with a competitive spirit.

The family would like to express our heartfelt gratitude for special friends Iris Masterson and Patty Wenning, whose love and care made it possible for Mom to stay in West Lafayette, as she wished, for the past fifteen years. We have been blessed by their devotion. We also extend special thanks to the staff at Cumberland Pointe Health Campus and Franciscan Hospice Care for their excellent caregiving, compassion, and support. 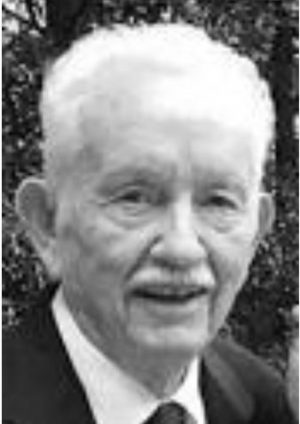 Roy Hanes Shannon was born March 7, 1938, and died May 27, 2020, at the age of 82 years. A native of the Maury County community of Cathey’s Creek, he was the son of late Hanes Thompson and Rebecca Savage Shannon.

Ecclesiastes 3 tells us there is a time for everything. The foundation of Roy and Clara Shannon’s life together can be described as a life of service to others. The book of wisdom that guided Roy’s life speaks to the importance of wisdom and education: “Let the wise hear and increase in learning, and the one who understands obtain guidance.” Proverbs 1:5

It is fitting, as a way to honor the life and memory of Roy Shannon, that the family has established a scholarship that will continue serving others and promoting wisdom and learning. The Roy and Clara Shannon Scholarship will help students attend Freed-Hardeman University. Memorial gifts can be made to the scholarship: The Roy and Clara Shannon Scholarship, 158 East Main Street, Henderson, TN 38340.