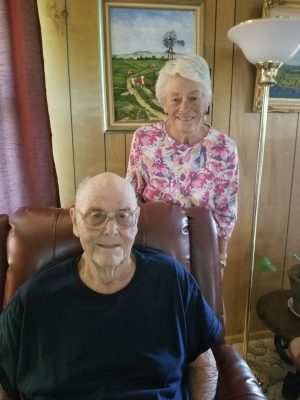 Durward and Mary Webb will celebrate their 70th wedding anniversary on July 8, 2019. Durward served as an elder of the church for over forty-five years.

The Webbs currently reside in Gorman, Texas. They have three children, six grandchildren and seven great-grandchildren. 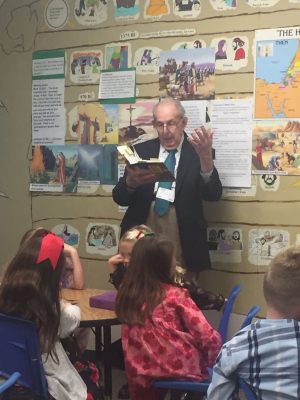 In June, Ralph Burcham announced he would be stepping down from his role as an elder and Journey Land teacher at the Memorial Road Church of Christ in Edmond, Okla. Mr. Burcham served as an elder of the congregation for more than 48 years. He and his wife Gladys worked as teachers and missionaries during the Vietnam War, and they have been instrumental in leading the congregation to be a mission-minded church. Their personal mission story can be read in their book, “Vietnam: Triumphs and Tragedies,” available on Amazon.com.

For more than 20 years, Mr. Burcham has taught first and second graders in the Geography Room in Journey Land, Memorial Road’s Children’s Ministry. His wife volunteered him to teach when the Journey Land format was rolled out many years ago. With a different class each week Ralph went around the room saying by memory each child’s name, letting them know how special he/she is to God. The children were able to learn about God and His Word. They were also able to develop a personal relationship with this faithful shepherd who truly believes, “This is the most important ministry at our church. These kids are the church’s future.” 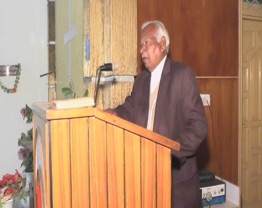 Brother B. M. Sabir, a gospel preacher in Pakistan, entered his heavenly reward on Jan. 25, 2019. Brother Sabir was a well-known preacher among Churches of Christ in Pakistan. He was born on Jan. 1, 1936. He received his M.A. from the University of the Punjab and completed his seminary training. He entered the ministry as a Presbyterian and quickly rose to be the moderator of that denomination. He served in that capacity for three consecutive terms — an honor of that denomination only a few have received. He served as a seminary professor and, at the top of his career, when the liberal movement took hold of the American Presbyterian Church, he fought with courage and faith to uphold the inerrancy of the Word of God. He made many sacrifices to remain a voice of Biblical truth and was isolated by the liberal church. He finally cut his ties with the Presbyterian Church and in 1984 sought affiliation with like-minded brethren who believed the Bible as the inerrant Word of God. He was appointed preacher at the Central Church of Christ in Sahiwal Punjab, where he preached until his death.

Brother Sabir’s accomplishments included establishing 80 new Churches of Christ, baptizing thousands of believers and training new preachers. He translated several doctrinal books from English to Urdu. Brother Sabir was a hardworking servant of Christ who endured being pelted with stones, walking through floods and mud, being constantly on the move for the Gospel, in danger from rivers, in danger from bandits, in danger from hostile faiths, in danger from false believers. He toiled for Christ’s church with sweat, tears and prayers from Khyber Pass to the Arabian Sea.

Brother Charles Scott of Tennessee visited him over 18 times and stayed with him in Pakistan over extended periods of time. By the account of many from the United States who visited brother Sabir in Pakistan, he was a selfless, combative, disciplined and dedicated servant of Christ. He traveled through every part of Pakistan, and his ministerial influence went out across some 80 congregations in the region of Punjab. He preached in one of the most daring, challenging and frontier Christian mission regions of the world.

He is being described by brothers in Pakistan as a servant of Christ who walked through this world with exceptional grace, strength and wisdom. Christ was Brother B. M. Sabir’s preoccupation, and His church was his full-time work.

His eldest son, Dr. Theodore Sabir, is Professor of Chemistry at Faulkner University in Montgomery, Alabama. He remembers him as a loving father and a humble servant of Jesus Christ. Dr. Sabir has been helping with his father’s mission work in Pakistan since 2006 and, at a ceremony in Pakistan, he received a mandate to continue his father’s mission work in that country. In a conversation, Dr. Sabir said that there are many challenges to overcome to increase Christ’s kingdom in that part of the world. He quoted the words of Christ in Matthew 9:37-38 to illuminate this need: “The harvest is plentiful, but the laborers are few; therefore, pray earnestly to the Lord of the harvest to send out laborers into his harvest.”

I pray our brothers and sisters will extend their right hand of fellowship to Dr. Theodore Sabir as he furthers the work of the gospel in Pakistan and other Third World countries. 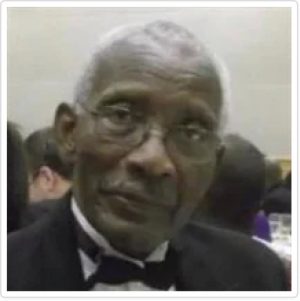 Alvertice, or Junior Boy as he was known to family and close friends, had a deep desire to attend college.

Bowdre’s father and other ministers of African American Churches of Christ collaborated and organized the beginning of Southwestern Christian College in Terrell, Texas. The school opened in 1949 with Alvertice Jr. as one of the first students on the roll. This began a life-long commitment and love for the college within Bowdre.

In addition to receiving his bachelor’s in Bible, it was there that he met the love of his life, Larneatha Evans. The two were married on August 20, 1954, and for the next 64 years, the couple reared four children and served congregations in San Angelo, Texas; Ada, Okla.; Terre Haute, Indiana; Maryville, Tenn.; McAlester, Okla.; and Prairie View and Navasota, Texas.

Bill attended Abilene Christian College where he met the love of his life, Anna Daugherty (Knight). They married in 1956 and reared three children in Lake Jackson, Texas. They moved to Edmond, Okla. in 1997 and were blessed with 43 years of marriage before her passing in 1999. Bill was then blessed with a second love, Donna Sharp (Knight), and they married in 2004.

Bill had a 35-year legendary career as a polymer chemist at Dow Chemical Company. He retired in 1996 and has over 56 patents awarded for his work with more still being awarded.

Prior to college, Bill had never been more than 50 miles from his hometown, but his travels took him to six of the seven continents. He loved woodworking, gardening and had the best sense of humor. Part of his legacy will be the humor and joy that he left with all who knew him.

His greatest joy was service to God and others. Bill served the Lake Jackson Church of Christ through hospitality and as a mentor, teacher, song leader, deacon and elder.

Bill is preceded in death by his first wife, Anna, his parents, and his three siblings. He is survived by his wife, Donna; three children: Natasha (Hiram) Brown, Renai (Rich) McClanahan, and Tony (Elise) Knight; seven grandchildren and three great-grandchildren, and a fourth on the way.

The Christian Chronicle appreciates and acknowledges very generous gifts received in honor of Erik Tryggestad and Bobby Ross Jr. and in memory of Gerald and Elwanda Lowrie.