Ralph Perry married Joyce Dale on Saturday, Aug. 15, 1953, at Strathmore Church of Christ in Toronto, Canada. They built their relationship on the foundation of serving God together. Five children, 14 grandchildren and currently four great-grandchildren later, it is a love story worth celebrating and a couple worth honoring. 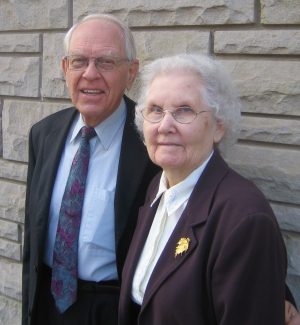 She was a city girl from Toronto who had gone to school to become a secretary; he was a preacher from the country. Their love story has spanned over half a century and multiple continents, but more importantly, they lived their faith together and served God every day. They actively demonstrated their love of God as a preacher and devoted wife, helped establish a church in London, Ontario, Canada, became missionaries in Africa, helped to establish the World Bible School follow-up program in Nigeria, as well as many other great acts of service and sacrifice.

We had been so looking forward to hosting a come-and-go celebration to honor them for Ralph’s 90th (now 91st) birthday, Joyce’s 88th birthday, and their 65th wedding anniversary. This has unfortunately become impractical.  We ask instead that any well wishes or remembrances be sent to:

We thank God for the blessing of such warm hearts leading the way and showing us how to serve God and the world faithfully and tirelessly. There are not enough words to describe our love. Please join us in honoring these wonderful souls.

Nothing has been quite as special to Ralph and Joyce as their brothers and sisters in Christ all these years.

She and Thomas Carter Geer were united in marriage on Sept. 11, 1946. They were privileged to spend over 54 years together, and to this union four children were born. 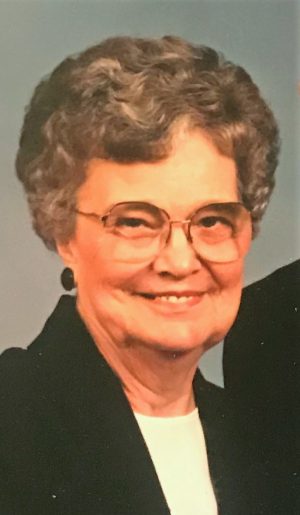 Ruth was a life-long member of the Church of Christ and attended Harding University where she met Carter. She taught elementary school for several years at Crowley’s Ridge Academy in Paragould, Ark., and later served for several years as administrative secretary at Crowley’s Ridge College in Paragould. She and Carter served as missionaries in Tanzania and Kenya for the 18 years prior to his death. She then moved to Searcy, Ark., for a few years and later moved in with Ruthie (her daughter) and Ray Deck in Mascoutah, Ill., until she entered a health care facility in 2014. In July of this year she moved to the health care facility in Ash Grove where she was until her death.

Ruth was always a hard worker. Every evening after dinner, she would make her way to the sewing machine where she sewed for several hours each night, making most of her daughters’ clothes. She moved 15-16 times during her married life and was always successful in making any house a home. She will probably be most remembered for her sense of humor. She seemed to find something funny in any situation. Even in the last few months, she was renowned for her smile as people passed by in the health care facility. She loved the church and truly enjoyed her time as a missionary in Africa.

Ruth was preceded in death by her husband, Carter, on April 1, 2001; her brothers, Herbert, Sherrill, and Moody Summitt; and her sister, Glendola Harrison. 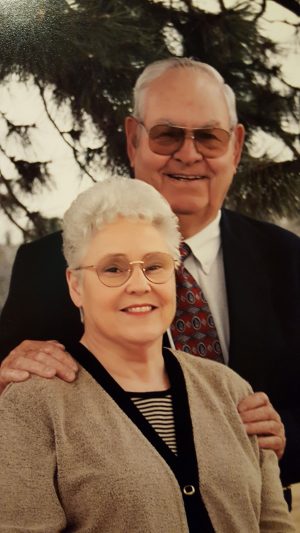 Edward Lee Stegall and Earlene Stegall were reunited with their Lord in the year 2018. Earlene finished her work on earth on Feb. 21, 2018, eight months before Ed. She loved teaching young girls and women about God’s plan for them and made several mission trips to Jamaica. Earlene felt her calling in life was to spread the gospel, raise her children, and be a help meet to her husband. She spoke at Ladies’ Days, delighted in meeting people, and always had plenty of room at her table and beds for guests.

Ed was a farmer, teacher, deacon, elder, missionary, and minister. He performed countless weddings, funerals and baptisms. Throughout the years he worked with congregations in Borger, Fritch, and Lake Jackson, Texas. After moving to Oklahoma, his work was with the Hollis, Gould, and Vinson Churches of Christ.

His love for benevolence work led him to participate in many mission programs in children’s homes, disaster assistance, Jamaica, and the Philippines. The “Stegall Farm,” overseen by Salvador Cariaga, provides training and mentoring to local farming families, allowing them to provide a sustainable living for their families. Both Ed and Earlene were very active in the “Give A Goat” program, allowing Philippine families to earn a living and be self-sufficient. Ed left this life on Oct. 21, 2018.

Ed and Earlene were much loved and were surrounded by their children upon death. They were both buried on Oct. 27, 2018, in Gould, Okla.

They leave behind four children and spouses, 13 grandchildren, and 19 great-grandchildren, many of whom are Bible class teachers, missionaries, deacons — and just as Ed and Earlene would want, workers for The Lord. 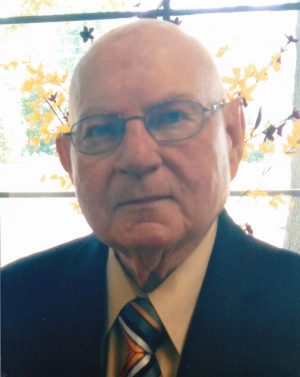 Wayne T. Hall, former minister in the Churches of Christ passed away Dec. 10, 2018, at Life Care Center of La Center, Ky. He held hundreds of gospel meetings during his 58-year career and touched many people’s lives in his years of ministry. He was innovative by using television and radio, and it’s estimated he preached in front of hundreds of thousands of people on TV in St. Louis, Mo., Paducah, Ky., Huntsville, Ala. and other cities.

A private family memorial will be held. Instead of flowers, contributions may be made to the Howell Hill Church of Christ. We also want to leave you with one of his favorite sayings: “Remember, your Bible is always right!”

The Christian Chronicle appreciates and acknowledges very generous gifts received in honor of Lynn and Joy McMillon, Don and Charlotte Wheeler, and in memory of Desiney Rose Hamilton, Ann Porter, H. A. Turney, Emmett E. Wade, and a now- closed Church of Christ in Kansas.