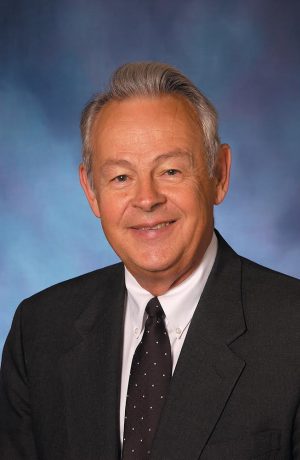 He earned an Associate in Arts degree at Florida Christian College and married Barbara Bailey, of Huntsville, Ala., in 1955. Subsequently, he graduated from Florida State University with a B.A. degree in speech in 1956, followed by an M.A. in Bible from Abilene Christian University in 1959, and a Ph.D. degree in church history from the University of Southern California in 1966.

For nearly 50 years, Ash researched, read, studied, lectured and wrote about noted theologian C.S. “Jack” Lewis. A professor of Bible, missions and ministry for more than 40 years at ACU, Ash also was the author of more than a dozen books. He recently completed Walking With C.S. Lewis, a new 10-part video series about 12 of the best-known works of the renowned author and theologian. The series was introduced at ACU in September 2017.

Ash was a professor at ACU from 1962-72, before serving as a professor at Pepperdine University and chair of its Religion Division from 1972-75. He taught at the Austin Graduate School of Theology in Austin, Texas, from 1975-85, then returned to ACU in 1985. After teaching, writing, and preaching for more than 60 years around the world, he retired in 2015.

The family suggests contributions to the Siburt Institute at ACU (online at acu.edu/giveonline) or mailed to Gift Records, ACU Box 29132, Abilene, TX 79699-9132.

Helen M. Young, founder and first president of the Associated Women for Pepperdine (AWP) and former first lady of Pepperdine University, died on Nov. 30, 2017. She was 99. 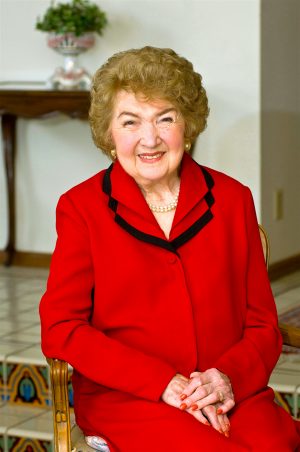 I don’t believe I have ever known a person as gracious and welcoming as Helen Young,” said Pepperdine president Andrew K. Benton. “Her keen intellect and interest in all that was around her, the twinkle in her eye that attended every smile, and her devotion to Norvel and their

family simply defined and personified grace, humility, and her profoundly deep love for all who were part of her life. While she was the consummate hostess, she could just as easily have been a CEO with her determination and insight. Debby and I have admired her from our first meeting and we have lived in gratitude for her example and friendship ever since. She was an earth-bound angel in the lives of so many.”

Born Helen Elizabeth Mattox on Aug. 31, 1918, Young grew up in a devout Christian home in Oklahoma City and was well known for her faith in Christ, her warm hospitality, and her generous heart.

The sixth child in a family of seven siblings, Young grew up in a household dedicated to sharing Christ through serving the church, promoting Christian education, and loving without prejudice the privileged and the poor. After years of witnessing her parents plant and serve various congregations of Churches of Christ, Young followed their example, loving and serving family and congregation.

Young initially began her college career in 1935 at Church of Christ sister school Harding College in Searcy, Ark., but after two years, her mother encouraged her to risk going west to the new George Pepperdine College in Los Angeles to complete her undergraduate business degree. In 1938 Young met Pepperdine history professor M. Norvel Young. With permission to pursue a courtship from the college’s president, Batsell Baxter, the two fell in love and were married at her home church in Oklahoma City on Aug. 31, 1939, soon after her graduation and on her 21st birthday. This union marked the beginning of a love that would last for nearly six decades and produce four children.

The newlyweds lived in Los Angeles as Norvel continued to teach history at Pepperdine and then moved to Nashville where they both earned graduate degrees—eventually choosing to minister for 13 years with the Broadway Church of Christ in Lubbock, Texas. As Helen and Norvel served that congregation, it grew to be one of the largest Churches of Christ in the United States.

In the 1950s they encouraged the founding of The Children’s Home of Lubbock, a state-of-the-art cottage-based home for homeless children. Young also hosted and participated in many planning sessions that birthed Lubbock Christian University. In 1955 Young founded the daily devotional guide, Power for Today, which she edited until 1972, and she continued writing for the guide as it grew to 50,000 subscribers.

In 1957 the couple was invited by the Pepperdine board of trustees to return to campus to serve as the University’s third president and first lady. Young embraced this new role wholeheartedly, encouraging faculty members and their families while also entertaining donors and friends. She became the consummate fundraiser and friendmaker for 41 years for Pepperdine University. Her warm greeting and her sincere caring remain in the hearts and minds of thousands of guests who came to her home for almost-daily breakfasts, dinners, and receptions.

Young’s writing and teaching influenced many generations of women in Churches of Christ. She was named by historian Richard Hughes as “perhaps the most visible and influential woman among Churches of Christ in the second half of the 20th century.” She traveled around the world speaking for women’s seminars, lectures, and retreats. Many who heard her still say, “She changed my life and thereby the lives of my children and family.” Young taught college courses at Pepperdine in sociology and marriage and family, as well as a course entitled “The Bible and the Modern Woman.”

As Pepperdine’s first lady, Young established the Associated Women for Pepperdine to use the power of women in support of Christian higher education, raising funds for student scholarships and influencing young people to consider Pepperdine as their college choice. AWP has raised millions of dollars since its launch in 1958.

In 1992 the completed endowment of the M. Norvel and Helen Young Chair in Family Life marked a pinnacle honor for the husband and wife team that will provide a legacy of support and educational leadership at the University for endless decades.

In 1996 they became the first benefactors of what would eventually become the Boone Center for the Family, a University outreach dedicated to strengthening the family. In September 2005, the M. Norvel and Helen Young Center was formally dedicated on the Drescher Graduate Campus in Malibu.

Young is survived by her daughters, Emily and Sara, and son, Matt; 13 grandchildren; and 16 great-grandchildren. She is preceded in death by her husband of 59 years, Norvel; her daughter, Marilyn Stewart; her granddaughter, Monica; and her six siblings.

A memorial service will be held at 11 a.m. on Jan. 5, 2018, at Firestone Fieldhouse on the Pepperdine campus in Malibu. In lieu of flowers, the family requests that gifts be made in Young’s memory to the AWP. Donations may be submitted at http://c-fund.us/e7u, or sent to Associated Women for Pepperdine, 24255 Pacific Coast Highway, Malibu, CA 90263-4567. 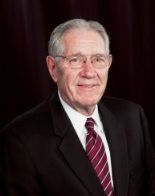 The Christian Chronicle appreciates and acknowledges generous gifts received in honor of Bobby Ross, Jr., Erik Tryggestad and the Chronicle staff and Margaret Tryggestad, and in memory of Robert Frick, Maurice Pierce and Bobby Porter.