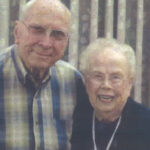 Nancy Ruth Mullaney Chapman of Dallas, Texas, went Home on July 12, 2020 at the age of 97. She was predeceased by her firstborn son, Adair Pinckney Chapman III (Buz) on July 12, 1952, and by Adair Pinckney Chapman, Jr., her devoted husband of 72 years, who passed from this life on July 12, 2013. Nancy is survived by one daughter, Nancy Jan Chapman-Green and one son, Larry Lynn Chapman; two granddaughters, Lauren Noland and Kristen Stewart and their mother Sharon Schwartz Chapman; and four great-grandchildren. 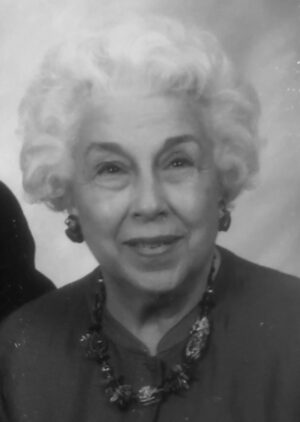 Nancy met Adair in the Patti Cobb Cafeteria at Harding College. They married in 1941, and when he felt led to become a minister, she grew to fully embrace her role and responsibilities as a minister’s wife. They shared an urgent call and strong love for those who did not know the Lord. Many years of local Church of Christ ministry were spent in Kansas City, Kan., Athens, Ga., and Port Arthur and Dallas, Texas. Through the First Century Way of the Cross Ministry, a charitable organization created by Adair and Nancy, they were instrumental in planting and strengthening churches across the South and Midwest. Each congregation continues in the Lord’s work today.

When the ministry established a nursing home in Fort Worth, Texas, to assist elderly ministers and others in need, Nancy became a Certified Dietary Manager to lead that department. Their final work was as strong advocates to address the inner-city Dallas needs of both aging members and the homeless population who attend Main Street Church of Christ (former Peak and Eastside), where Adair served as an elder.

Nancy attended Bible Study Fellowship both as a student and a leader for 23 years. She loved to learn and conscientiously studied her Bible daily. She enjoyed many happy days meeting friends for lunch and playing Duplicate Bridge. Awarded a Lifetime Membership by Texas Garden Clubs, Inc., Nancy lived by her personal motto, “Keep making new friends.” God blessed her family with her continued good mind and radiant smile to the very end. 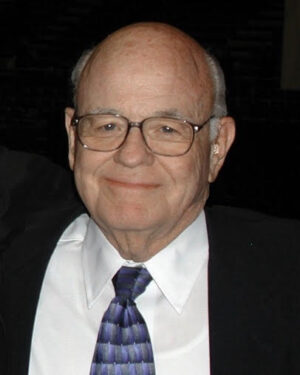 Frank Winn Graves, 90, arrived in Wichita, Kan., on Jan. 21, 1930, and departed from Pueblo, Colo., Oct. 21, 2020. He graduated from Central High School in 1948 and went to Abilene Christian College from 1948-1950 where he met his future bride, Anna Louise (Pat). He continued his education and went to A&M (now CSU) in 1953 where he received a bachelor’s degree in Animal Husbandry. Frank also joined the Army in 1953 at the tail end of the Korean War and served three years as a clerk typist in Military Specialty Operations. During this time, he married his sweet Pat in 1954.

Additionally he received his teaching degree and taught mathematics for two years at Keating Jr. High and moved to Pitts Jr. High for one year where he started teaching history. He then moved to East High for six years and continued to teach history. He took a one-year sabbatical to get his master’s degree from New Mexico Highlands University. He laughed about being a slow learner and returned to Central High School where he first started and taught there until he retired in January 1990.

His teaching was not just limited to school. He also shared his know-ledge and love of history with family by sharing times together in beautiful and special places in Colorado. Many fond memories include picnicking at San Isabel Lake, staying in cabins at the lodge, hiking to Marion Mine, and exploring historical places such as the Alpine Tunnel.

Frank unselfishly worked hard throughout the years to take care of all of his family’s needs. He spent many summers roofing to earn additional money and also served as treasurer for the Pueblo Education Association until 2000.

Even more important to Frank was to lead his family spiritually. He had an unending love for the Lord and enjoyed singing and leading the congregation in joyful praise to the Lord. He also taught many classes concerning the history of Christianity and how it relates to current modern day living. His family will always be grateful for his loving example of being a strong Christian husband, father, and friend.

Frank was preceded in death by his wife, Anna Louise (Pat) Graves and his parents, Birdie Juanita and Frank Funk Graves. Frank was also preceded in death by his three older sisters, Virginia, Betty, and Connie. Frank is survived by his children Patti (Jim) Altmix, Stephen (Carolyn) Graves, and Gayle (Jon) Junker. He was blessed with 11 grandchildren, 11 great-grandchildren, seven nephews and one niece.

A memorial service was held at the Southwest Church of Christ on Saturday, October 24, 2020. 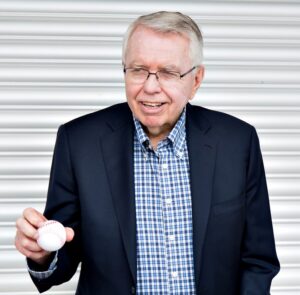 Max Lynn Dobson claimed victory over this life on Oct. 28, 2020. He walked with God on this earth and is now comforted by his Lord and Savior Jesus Christ. Max was born on July 27, 1939, in Oklahoma City to Vernon and Geraldine. He was reared by his Uncle Don and Aunt Louise Edwards. Max largely grew up in the rural community of Waukomis, Okla. Farm life aided in his development of a strong work ethic. He attended Pioneer School, where he was an All-State basketball player. Max was awarded a scholarship to play basketball for Henry Iba at Oklahoma State University. He later transferred to Phillips University to play both basketball and baseball. Max earned a Bachelor of Science in Education from Phillips University, a Master of Education from Northwestern Oklahoma State University and a Doctorate of Education from Oklahoma State University. Max married Ramona Vanderwork on June 1, 1958. They were blessed with three children and had a close and loving relationship until her death over 42 years later. Following Ramona’s death, Max married Marilyn Kelly Forrester. Max and Marilyn enjoyed a beautiful marriage for the past 18 years.

In 1966, Max and Ramona moved to Edmond, Okla., where Max had accepted an offer to teach and coach at Oklahoma Christian University. He gave tirelessly to Oklahoma Christian, his students, teams and community. Max was rewarded for his more than 47 years of service to OC. He received the University’s Gaylord Chair of Distinguished Teaching. His professional organization, the Oklahoma Association of Health, Physical Education and Recreation, granted him their annual Honor Award for his contributions to Physical Education. Max also received the Oklahoma Christian Faculty Leadership Award. During his coaching tenure, his baseball teams were consistently successful, including a 3rd place finish in the nation. Max founded the women’s basketball program at Oklahoma Christian, and his basketball teams were also highly successful, including many titles and championships. He had the pleasure of coaching numerous All-Americans in both baseball and basketball. Max was inducted into the Oklahoma Christian University Athletic Hall of Fame in 1995 and the National Association of Intercollegiate Athletics Baseball Hall of Fame in 1996. He received the OKC Thunder Community Hero Award in 2012 for his work with Edmond’s special needs students. Max was inducted into Oklahoma Christian’s Master Teacher Hall of Fame in 2014. Max’s most treasured reward is the immense and positive impact he had on those he touched. For 54 years, Max served Memorial Road Church of Christ. He worked diligently in the church as a teacher, deacon and elder. Max was an exemplary husband, father, grandfather, brother, teacher, coach, mentor, friend and man of God. Max’s family cherishes their time spent with him. He was a bright light in each of their lives, showering them with love, care and much humor. Max’s ultimate goal and greatest mission was to make it to heaven, which he has now achieved.

Max was preceded in death by his beloved wife, Ramona; his sister, Lana Pray; his father, Vernon; his mother, Geraldine; his Uncle Don and Aunt Louise. Max is survived by his dedicated and loving wife, Marilyn; his three children, Tami Robbins, Todd Dobson and Teri Mueller and their spouses Bill Robbins, Dee Dobson and Scott Mueller; step-daughter Anna Jane Perrey and her husband Chris; seven granddaughters; three grandsons; one great-granddaughter and one great-grandson. He is also survived by his brother, Gary Dobson, and sister, Judy Lamb. 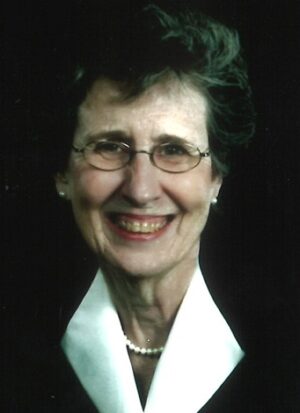 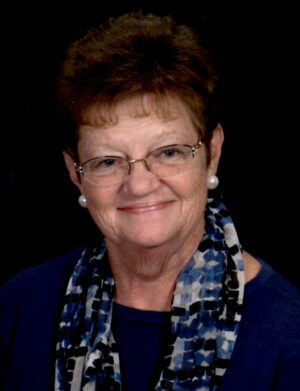