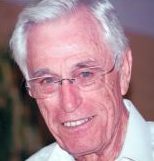 J.B. was an active, lifelong Church of Christ member and song leader. He enjoyed 70 years as a petroleum geologist and served as a lieutenant in the United States Navy.

He was preceded in death by his parents and a grandson. J.B. is survived by his wife of 71 years, Evelyn Cox; daughters Evette (Gary) Orren, Trina (Jim) Major; a sister, niece and nephew; four grandchildren and their spouses; and five great-grandchildren.

J.B. is lovingly remembered by family and friends. His message to everyone: “There is no right way to do a wrong thing.”

Memorials may be given to:

In Search of the Lord’s Way 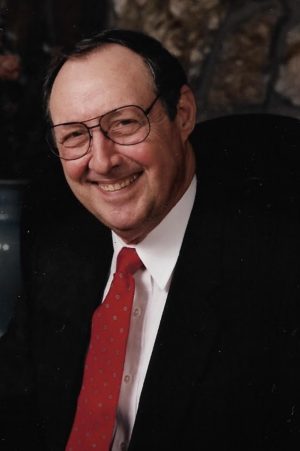 After being discharged from the service, he alternated teaching in public schools and attending college for several years. In 1951, while teaching in Dierks Arkansas, he saw a beautiful freckle-faced young lady at church – Vickie Ann Champion. Twelve weeks later on June 9, 1951, they were married, and off they moved to Stillwater, Okla., so he could finish his schooling. He earned his B.S., M.S., and Ph.D. from Oklahoma State University.

Starting in 1956, he taught at Oklahoma Christian University for 32 years. There he became known as the professor with the pencil behind his ear and a quick-witted personality. He served many years as the chairman of the Division of Science and was the first inductee into the Division of Science and Engineering Hall of Honor. During his work there, he was honored as Professor Emeritus and Master Teacher. He served the Church of Christ as a preacher, teacher, song leader, deacon, and elder.

Darvin was preceded in death by his bride of 46 years, Vickie Ann; his parents; two brothers, Marion and Benny; and his sister, Georgia. He is survived by son, David (Terri) Keck of Edmond Okla.; his daughter Vickie Lee (Randy) Gillman of Frisco, Texas; and daughter, Sherri Keck of Manhattan, Kan.; six grandchildren, and two great-grandchildren. 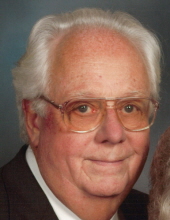 William R. “Bill” Simpson of Paducah, Ky., passed away March 18, 2019, on his 87th birthday. He is survived by his wife of 65 years, Marilyn Simpson; daughter, Suzanne (Brent) Roberts and son, Rick (Jackie) Simpson; three grandchildren and one great-granddaughter.

Bill graduated from Purdue University with a Bachelor of Science in pharmacy and served two years in the United States Army Medical Service Corps. When he returned to Paducah, he served the community of Lone Oak as a pharmacist and owner of Lone Oak Pharmacy for 31 years. He was active in the Broadway Church of Christ in Paducah as a deacon, elder, and Bible class teacher.

Bill was a giant of the faith and a friend of Oklahoma Christian University. He was named to the Board of Trustees in 1991. His service was marked by consistency, loyalty, and generosity. With little public acknowledgement, Bill gave his time, money, and spirit to OC. “Literally for decades, Bill had an encouraging and kind approach that resulted in love and respect,” stated John deSteiguer, university president. “Fellow trustees and University employees alike told me that Bill was their favorite – because he cared for them and for each person he was with. Bill and his sweet Marilyn were a special couple – always encouraging, always supportive, always interested, and always kind. He will be missed.”