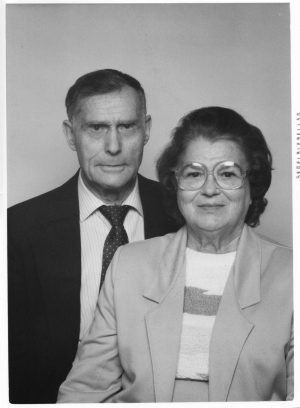 Garry Regester and Sylvia Lanham were married Nov. 10, 1948, in Upshur County, West Virginia. During their marriage they have worshipped in Ohio, West Virginia, Maryland, Pennsylvania and Delaware. Garry served as deacon with the Newark and Cedars Churches of Christ in Delaware. He worked and retired as a superintendent for the James Julian Construction Company. Garry preached or was a teacher when there was a need. After retiring he began preaching and teaching for small congregations. Sylvia supported him by typing his lessons and raising their five children. A stroke greatly affected his speech for a while, but he overcame it by persistently retraining his voice. He then continued to teach and preach for the next 20 years until the present. His life’s goal has been to convert both his immediate and extended family, and he has had significant success.

Together, Garry and Sylvia have overcome trials and hardships but always endured in faith and love for the Lord and service to the Church and their family. Congratulations, Garry and Sylvia! 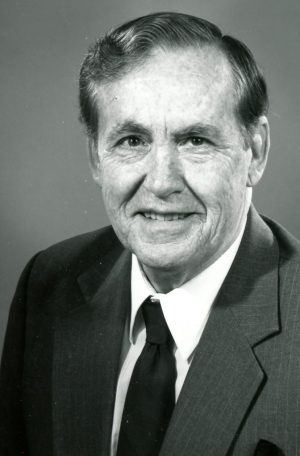 B. Wayne Hinds, 87, was also the founding director of the LCU A Cappella Chorus. He joined the university in the role of music department chairman in 1957 and directed the A Capella Chorus for more than 40 years until his retirement in 1998. He also founded the Royal Blue Band and the Meistersingers Chorus.

“No one did more than Wayne Hinds, from our earliest days until his retirement, to shape the student experience of LCU,” said Steven Lemley, LCU’s fourth president, in a release from LCU. He said 53 years after being a student in the A Cappella Chorus, he can vividly remember Hinds’ “careful and precise direction.”

“I suspect all of us who were members of his chorus are still comforted by those songs, their words and sounds, when they come back to mind in times of difficulty and anxiety. Wayne Hinds provided not only a standard for excellence, but he also enriched our faith — and still does,” Lemley said.

With his wife, Yvonne, Hinds wrote the university’s alma mater. He wrote the music, while she wrote the lyrics. The duo also traveled the United States for concerts and arranged more than 25 mission trips abroad.

LCU President Tim Perrin described Hinds as an “LCU legend,” stating that the choir director caught the vision of LCU at the college’s founding and invested his life in the college’s growth and development.

“He was a great choral conductor, but he also was so much more than that. He changed lives, and his influence will endure because of the thousands of students he taught and inspired. We extend our love and sympathy to Yvonne and the Hinds family,” Perrin said.

Laurie Doyle, professor of fine arts at LCU, said Hinds was instrumental in making sure music served at the core of the LCU identity.

“His years of travel with the chorus recruited for and advertised the new college in a tremendous way. He worked with hundreds of students over the years and inspired their love of music, their dedication to the university and their faithful belief in the power of Christian fellowship,” Doyle said.

Marilyn Riemer was born on Dec. 20, 1931, and passed away on Aug. 28, 2018, at the age of 86. She was preceded in death by a son Stephen and is survived by her husband Fred, who preached for various Churches of Christ in the northwestern part of the United States. She is also survived by two sons: David (Jennifer) of Concord, Calif., P. Clinton (Janene) of Camas, Wash.; a daughter, Linda (David) DeWhitt of Gresham, Ore.; as well as five grandchildren. Marilyn and Fred would have been married 63 years on Aug. 30, 2018.

Marilyn served God as a minister’s wife, a teacher of children’s and ladies’ Bible classes and a helper of struggling Christians and of elderly people. She is remembered for her quiet spirit and her dedication to God’s word.

She and Fred moved to Gresham, Ore., in June 2017 to live with their daughter and son-in-law and worship with the Metro Church of Christ in Gresham.

The Christian Chronicle appreciates and acknowledges a very generous gift received in honor of the many writers for the Chronicle, especially Bailey McBride.