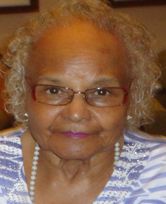 Little did we know that morning God was going to call your name. In life we loved you dearly; in death we do the same.

It broke our hearts to lose you, but you did not go alone, for part of us went with you the day God called you home. Glandora (Momma) our first and best teacher, our schoolmaster!

Thank you for giving us Arnelious, our brother, friend, godfather who continued to bring to life God’s Word. 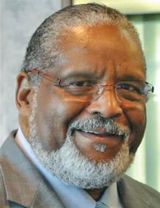 As we approach the second anniversary of your passing, dear brother, we remember how our heavenly Father blessed you with the ability to transform the minds of your listeners back into the ancient world in order to introduce us to Biblical principles. Then you would return us back to present time with the challenge of applying God’s Word. You left us precious memories; your love is still our guide; and though we cannot see you, you’re always by our side.

Our family chain is broken, and nothing seems the same, but as God calls us one by one, the chain will link again. “I had fainted, unless I had believed to see the goodness of the Lord in the land of the living.” – Psalm 27:13 (KJV)

O Thou Man of God 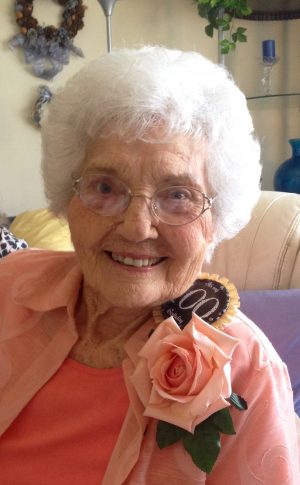 She was born in Sulphur, Okla., the eighth daughter of Jason and Alice Hicks. Her father was an elder while the family lived in Clovis, N.M., and Riverside, Calif.

Odessa has tirelessly supported the church all her life. In her teens, she worked at her local Vacation Bible School and taught Bible classes. As an adult, she has been a fundraiser for Associated Women of Pepperdine, helping many Christian children attend Pepperdine. She has also raised funds for missionaries. At 90 years of age she won a teaching award.

Odessa married Mel Hull in 1939. He died in 2008. Mel was an elder while they lived in Riverside and later in Ventura.

Odessa has been a real estate agent. Among her earliest recollections of working was thinking she had “died and gone to heaven,” because she had a coffee and ice cream during her coffee break.

She and Mel had three children.  One son, Dave, has passed away. Richard and Dan, her grandchildren and great-grandchildren are the joys of her life.

Odessa’s words of wisdom: Do everything you see to do, and be the best Christian you can be!

Joanne Goulden Wilson of Edmond, Okla.,passed on Mother’s Day, May 12, 2019. She was born on May 15, 1930 (the day after Mother’s Day). Last Christmas Eve she celebrated 70 years of marriage to Reagon Wilson Sr. 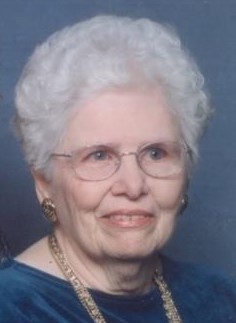 Born and reared in Marshall, Texas, Joanne left to marry the young airman she would follow around the world. For the next 23 years they lived from coast to coast, north to south, and on three continents.

Joanne served in many roles in many churches, notably as a deacon’s wife in Victorville, Calif.; as a “single mom” at the Airline Drive Church in Bossier City, La., while Reagon was in Vietnam; as a preacher’s wife in Tachikawa, Japan, Bitburg, Germany, San Rafael, Calif., Plain Dealing and Crowley, La.; and as an elder’s wife and women’s teacher at the Edmond Church of Christ.

After all their moves, she spent half her life in Edmond. In 1974, with an empty nest, they moved to serve at Oklahoma Christian University. Joanne mothered a generation of students in a variety of roles at OC.

Sherly Kurien Scott, 51, of Alvin, Texas, entered her heavenly home on June 18, 2019, after a hard-fought, courageous battle with breast cancer. Sherly was born January 16, 1968, in Bhopal, India, to Baby and Mary Kurien, now of Pearland, Texas. She met her husband, Cris Scott, at the University of Houston while working on her nursing degree. They were married August 3, 1991, in Houston. 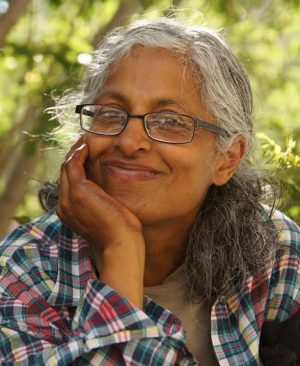 Sherly’s heart was big, and her interests for God’s kingdom were even bigger. Over the years she worked tirelessly in her church family, giving to various Christian charities and loving her neighbors, all the while being a wonderful wife and mother, homeschooling nine children, and showing the rest of us what being a Proverbs 31 woman looks like in the 21st century. She taught many lessons through her actions, responses, and everyday living.

When Sherly’s mission field moved to cancer treatment facilities, her drive to spread the Gospel message and love of Christ only increased. Knowing God had chosen her for this mission, she did her best to bring glory to Him with every conversation and contact she encountered.

Not wanting her battle to be in vain, Sherly’s charge to those of us who knew her consists of our glorifying God with every opportunity granted (regardless of the mission field God chooses for us), honoring those around us by loving unconditionally, living a life above reproach according to scripture, and genuinely dying to ourselves.

For those who knew Sherly, she truly was far more precious than rubies. 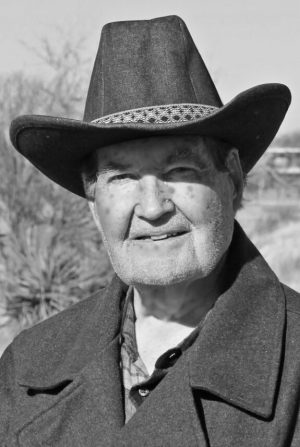 Skillman, along with his wife Eupha, were best known for serving Christian colleges. With 10 college degrees, he was able to serve in many areas. Skillman taught speech and drama at Harding University, was director of the Speech and Hearing Clinic at Pepperdine University, taught psychology and communications at Freed-Hardeman College, was chairman of the speech department at Lubbock Christian University, and retired while serving as chairman of the psychology department of Faulkner University.

He is buried next to his wife, Eupha, in the City of Lubbock Cemetery, Lubbock, Texas, and is survived by his three children, seven grandchildren, and 13 great-grandchildren. 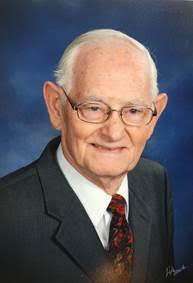 Bob Spainhower, 86, of Tallahassee, Florida, passed away Tuesday, May 28, as he prepared to travel after a family wedding in Campbellsville, Ky. He died peacefully from heart failure with his wife, Joan, at his side. Bob, the youngest of Thomas R. and Marie Tumlinson Spainhower’s three children was born in Dos Palos, Calif on Jan. 18, 1933, and grew up in Antioch, Calif. He attended Abilene Christian College (now University). As a U.S. Navy Petty Officer First Class (E6), Bob served as a radar navigator during the Korean conflict. He then began a career as an engineer, earned a B.S. and M.Ed. from the University of California at Pomona and became a schoolteacher in Florida. His defense engineering career lasted through retirement.

Bob’s sparkling blue eyes and ready smile encouraged people to feel better, to sing enthusiastically, and to be hopeful. Bob served the Church of Christ in California and Flordia as a song-leader with fervor for 70 years. He taught numerous Bible class topics in many churches. Frequently called a “Bible scholar,” he thought of himself only as a lifelong student of the scriptures.

He commented recently to family and friends that he had completed his “Bucket List.” He wanted his family reunited once before he died, which occurred in January 2018, when he and Joan celebrated their 50th wedding anniversary in Florida. Secondly, he wanted to see his granddaughter, Phaedra, marry her love, Carl, which she did just prior to his death.

A Celebration of Life service is scheduled in late summer.

Dr. William Gerald Kendrick, 88, passed away peacefully on Wednesday, Jan. 10, 2019. He is survived by his wife of 64 years, Marjorie Jane Kendrick, his son, William Les Kendrick, his wife, Donna, and their daughter, Jessica Ross. He is preceded in death by his parents, W.L. Kendrick and Musette Kendrick, and daughter, Karen Sue Kendrick. He had a lifelong commitment to teaching and was highly regarded by many former students and others who appreciated his insights and approach to biblical interpretation.

Gerald was born October 19, 1930, to W. L. Kendrick and Musette Ware Kendrick in Minden, La. He grew up in Magnolia, Ark., and Shreveport, La., where he graduated from high school. He went to Harding College in Searcy, Ark., where he received a B.S. in chemistry and an M.A. in Christian Education. He did his master’s work at Texas Tech in history and German and later received a Ph.D. in New Testament from Baylor University, Waco, Texas.

He taught Bible at Southwestern Christian College in Terrell, Texas, and Christian College of the Southwest in Mesquite, Texas. He was one of the founding faculty at Lubbock Christian University, where he taught Bible and Greek for 10 years. Later, he served as an adjunct professor in Religious Studies at the University of New Mexico for 15 years. He held pulpit ministries in Arkansas, Louisiana, Texas and New Mexico.

In the final stage of his career he served as a translation consultant for United Bible Societies, working with native translators in Navajo in New Mexico, Upik in Alaska, and Huong Lau, and Vietnamese in the U.S., as well as in American Sign Language. While working with translations, he traveled throughout the U.S. and was able to travel to numerous countries, including Canada, Thailand, Germany, and England. He served on the board for Vietnamese Bible, Inc., after he retired from UBS.

In retirement, he loved reading, photography, traveling, and teaching Bible classes at church.

If desired, friends may make memorial contributions to the Gerald and Marjorie Kendrick Bible Scholarship at Lubbock Christian University or to Vietnamese Bible, Inc., Midland, Texas.

The Christian Chronicle appreciates and acknowledges generous gifts received in honor of Dixie Bozman and the Lynn and Joy McMillon Endowment fund and in memory of Irma Perkins Barns and Virgil Bentley.