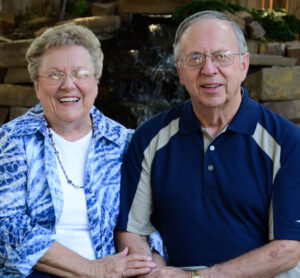 Robert and Loretta (Maltbie) Hamm are celebrating 65 years of marriage! They were married in Cherokee, Okla., on March 10, 1956.  They met while attending Central Christian College in Bartlesville, Okla. (now Oklahoma Christian University in Oklahoma City).

Robert has served as a pulpit minister in Norwich, Conn., Fort Dodge, Iowa, Alva, Okla., and Dewey, Okla. In addition to serving the local communities, he has participated in multiple mission endeavors throughout the world and has sung with gospel quartets. His gift and legacy have been to provid never-ending encouragement to others.

Loretta has been a wonderful wife and mother to three children, Bible class teacher extraordinaire, and church camp cook and has entertained thousands of guests in their home with her fabulous hospitality and culinary skills. Now retired, they live in Edmond, Okla., and are grandma and grandpa to two boys whom they adore. Robert works part time for a funeral home where he serves families who are grieving.

Thank you, Robert and Loretta, for your extraordinary example of Christian love and service!

Members of the Nampa Church of Christ in Idaho. 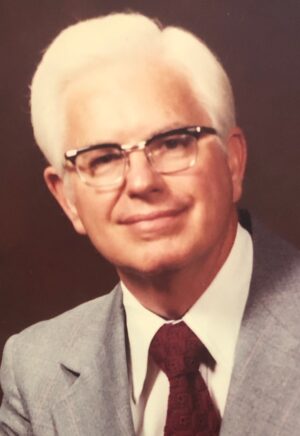 A memorial service for brother Ellis is planned for 3 p.m. Friday, April 9, at the meeting place of the Owasso Church of Christ in Oklahoma.

Sidney was valedictorian for the 1949 graduation class of Dill City High School in Oklahoma. The next year he began studies at Abilene Christian College (now University) in Texas. He was a dedicated student and condensed a four-year education degree into three years. Following his college graduation in 1953, he began his preaching career that spanned six decades. He started in a small church at Ames, Okla., which is near Enid. He ended his full-time career in Owasso in 1994. At Owasso he filled the pulpit position for nine years, served as an elder for 15 years, and led the Owasso School of Biblical Studies as director for 10 years.

Family and friends know Sidney as a teller of jokes. His motto was “Everyone needs humor.” He would never tire of retelling his stories to one and all. He would rehearse and learn new ones inside the Owasso McDonald’s. This is where the ROMEO (Retired Old Men Eating Out) club met daily.

Sidney shared his love of the Lord and His Word with many, many people. As a respected gospel preacher, he became an encourager to others in the preaching profession.  His children, Max Dwayne, Ken and Janice, seven grandchildren, 11 great-grandchildren and three great-great grandchildren are all blessed with the memory and influence of this godly, encouraging man. 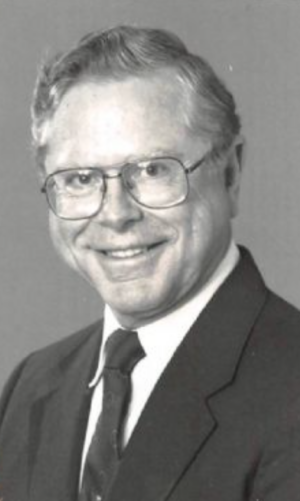 Van Tate, age 85, of Searcy, Ark., passed away on Jan. 24, 2021. He is survived by his wife, Jean Tate, and four daughters and sons-in-law: Susan Harrington (Larry); Lori Shelton (Jim); Ann Neal (Eddie); and Jill Wood (Michael), all of Searcy. He is also survived by two sisters and their husbands: Janice McCoy (Glenn) of Yorba Linda, California, and Jo Lynn Wilson (Wayne) of Searcy. In addition, he is survived by nine grandchildren and 11 great-grandchildren.

In 1965, Van and Jean moved to Kenya with their children where they served as pioneer missionaries, planting the seed of the gospel and starting many churches. In 1976, he began a career at Harding University, where he remained until his retirement. He taught sociology, cultural anthropology, missions, and Bible. Van influenced another generation of missionaries who went not only to Kenya but also to other nations around the world. He and his family were founding members of the Cloverdale Church of Christ where he served as an elder until his health no longer allowed. 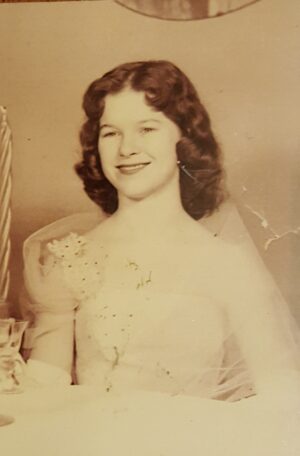 Lucia Worth DuBois Vanderpool, Ed.D., left this earth on Tuesday, Jan. 19, 2021, at age 84. She was born in Jackson, Miss., on Dec. 6, 1936. A graduate of Harding Academy in Searcy, Ark., Lucia also earned her B.B.A degree in office administration from the University of Memphis in Tennessee, an M.S. degree in operations management from the University of Arkansas, and, at age 72, an Ed.D. in higher education leadership from Union University in Tennesee. 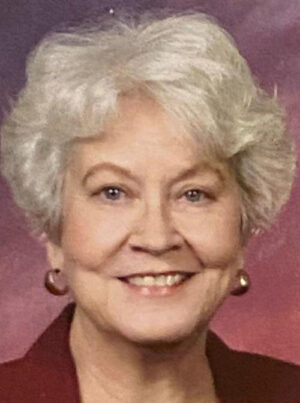 She was married 58 years to the love of her life, Bill Wiley. She was always active in serving her various church families in Fort Worth, Texas; Waco, Texas; Hampton, Va.; New Braunfels, Texas; Georgetown, Texas; Midland, Texas; and Edmond, Okla.

Sue worked as a realtor in New Braunfels and helped take the census in 1970. Her sewing skills were legendary as was her hospitality to friends and strangers alike. Always an avid reader, she could work daily crossword puzzles in ink. Her Christmas cookie recipe and tradition lives on through her great-grandchildren, who bake hundreds of the cookies each year.

She was preceded in death by her parents, husband, and sons Larry and Mark Wiley. She is survived by her son Mike and wife Julie Ann Wiley; grandchildren Mark and wife Teresa Wiley and Brook and husband Jerred Engand; great-grandchildren James, Lydia, Evelyn, Adlee, Jacee, Adriana, Constance and Draven; many nieces, nephews and extended family.

The family wishes to thank Teal Creek Assisted Living Center and Lifespring Hospice for their care and love for MeeMaw and for always treating her like royalty.

In lieu of flowers, memorials may be made to The Christian Chronicle, to the Valerie England Youth Ministry Endowment at Oklahoma Christian University Office of Advancement or to a charity of your choice. 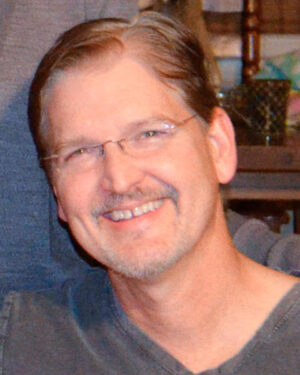 Kent met his wife, Micky, in 1985 at the San Leandro Church of Christ in California. They married on March 8, 1986, and went on to have three children: Jenna, Benjamin and Leanna.

Kent lived in Amarillo until age 5 then moved to the Boston area where he lived until age 11. His family then moved to Fresno, Calif., where he stayed through his high school graduation. After graduation, Kent went to Oklahoma Christian College and graduated with a pre- med degree. He then moved to San Lorenzo, Calif., to attend chiropractic school. After practicing as a chiropractor for seven years, Kent went to Ross University School of Medicine. After graduation, Kent relocated his family to Edmond, Okla., to complete his residency. After practicing medicine for several years there, he and Micky moved their family back to Dublin, Calif., to be closer to extended family.

In addition to being a dedicated and loving husband and father, Kent also loved playing guitar, golfing, scuba diving, camping, singing hymns and, possibly most of all, tinkering!

Throughout his entire life, Kent had faith in God and a dedication to loving his family and extended family. Kent joins his father David in heaven.

He is survived by his wife, Micky, his children Jenna, Ben and Leanna, his mother Sandra, his brother and sisters Grant, Sarah and Sharon, and many aunts, uncles, nieces, nephews, cousins, and great nieces and nephews. 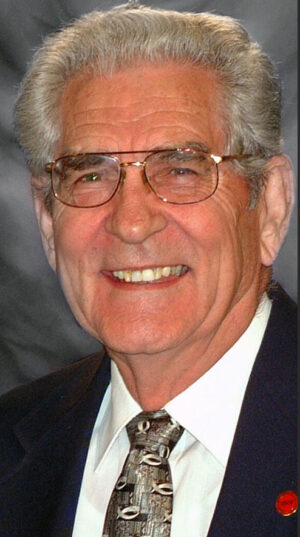 At a young age, the family moved to Buckeye, Ariz., where he grew up. Virgil was a servant and entered the ministry in 1972. Two years later he helped establish the External Studies Department of Sunset International Bible Institute (SIBI) in Lubbock, Texas, and was involved in leading the ministry until his passing.

“SIBI has lost a great builder of the Kingdom who has joined his Savior in paradise,” the institute’s leaders posted on social media.

Virgil also served as minister for various churches in need.

Those left to cherish his memory are his wife, Rilda Yocham; children Stephen Yocham and wife Debra, Kimberly Johnson, Paige Baldridge and husband Randy, and Tracy Coffman and husband Steve, all of Lubbock; 12 grandchildren; and 13 great-grandchildren.

Virgil was preceded in death by his parents; his first wife, Joy in 2019; sons Gary Ray and David Len Yocham; and granddaughter, Cyndee Payne.

Burial was March 3 at Resthaven Memorial Park with memorial services at Sunset Church of Christ.

In lieu of flowers, memorials can be made to Sunset International Bible Institute.

The life and journey of Dorothea Rae Czeczotka was extensive and well lived. 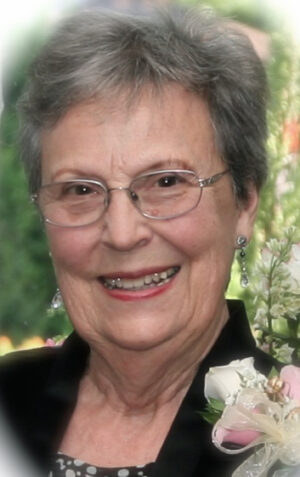 She was born in Denison, Texas, on Aug. 30, 1934. The 86 years of her life began with an early childhood faith influenced by her maternal grandmother. This influence stayed with her until her passing on Jan. 26, 2021.

She met her future husband, Murray, through mutual friends when he was stationed at Perrin Air Force Base near Denison. Her dedication was so strong, she wouldn’t consider marriage to her husband in 1955 unless he was a part of her faith in Christianity. Ten months after discharge they married and lived in Hurst where Murray worked for Bell Helicopter as an air traffic controller.

The preacher there, Ed Wharton, would influence their move, 27 years later, to Vienna, Austria, where they joined the missionary staff at Eastern European Mission. EEM printed Bibles, New Testaments and literature in the languages of the nations behind the so-called “Iron Curtain.” Now the ministry prints and distributes Bibles and faith-based materials in formerly communist nations.

Her dedication to Jesus fulfilled her desire to be involved in missions. She learned a new language in her 50s and traveled extensively to most of the European countries in need of God’s Word.

During her 21 years living in Vienna, she hosted more than 100 people in her home, as is noted in her guestbook. She loved to cook and was a delightful host, loving on those who visited her and sharing her funny wit, making all feel at home.

She participated in Bible study correspondence courses, leading many to find Jesus Christ. There are countless stories of their journeys behind the iron curtain, including detentions for being in places where they shouldn’t have been.

She wrote many letters and also befriended an imprisoned man in Africa, sharing the gospel of Jesus through writing to him and paying for a lawyer who got him freed from a false charge.

She was a gifted teacher. She taught marriage classes through a biblical foundation. She stayed connected to family by her writing and the annual trips at Christmas.

She traveled back to the U.S. for the births of her grandchildren, and six of her seven grandchildren visited her in Austria during summer breaks from school. She taught the ladies class for the Church of Christ in Groton, Conn.

Dorothea’s celebration of life will be held in her birthplace of Denison, Texas. In lieu of flowers, memorials can be be sent to:

Showcase the lives of your loved ones — birth and wedding announcements anniversaries, memorials, honors for longtime ministers and workers and more.