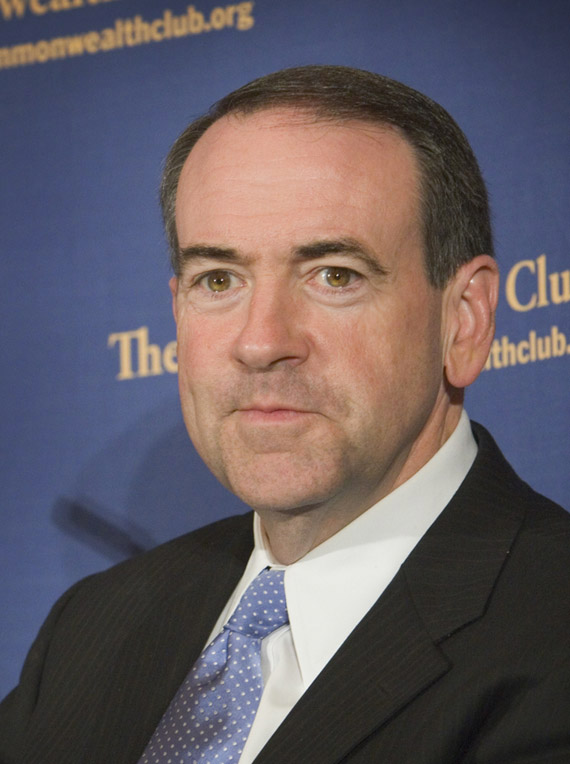 Mike Huckabee on thermostats, goats and giving at ministry fundraiser

Huckabee was the keynote speaker for the annual fall dinner of Global Samaritan Resources. The group is involved in getting equipment and supplies to areas of the world in dire need of assistance.
He used the biblical story of the prodigal son to illustrate one of his main points. The “fatted calf” in the story probably referred to a baby goat, he said. The jealous older brother allowed a baby goat to keep him from recognizing the blessing of his baby brother figuratively returning from the dead.
The same attitude often keeps Americans from realizing how fortunate we are and how much others need our help, Huckabee said. Citing statistics from Global Samaritan Resources, he said that a family making $15,000 a year is wealthier than 88 percent of the world’s people. Still, we let little worries get to us.
“As a pastor, I have found that the biggest thing that people at church complain about is the temperature,” said Huckabee, who is a Baptist minister. He told a story of leaving an inoperative thermostat in place so complainers could “adjust” the temperature to suit themselves.