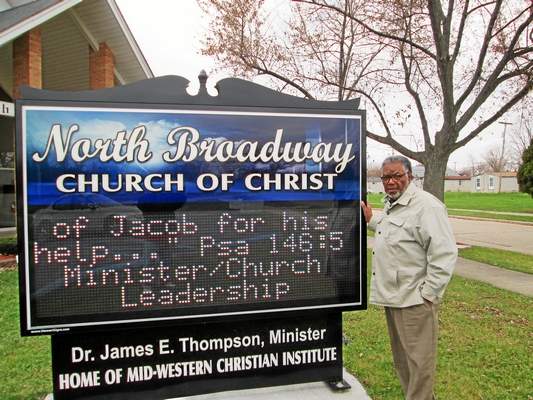 The Macomb Daily in Michigan reports:

In addition to marching bands, clowns and Budweiser Clydesdale horses, the 39th annual Macomb County Santa Parade on Friday will include a Mount Clemens “local treasure.”

Dr. James E. Thompson, who has served as a minister of the North Broadway Church of Christ (in Mount Clemens, Mich.) for 40 years, has been named the recipient of this year’s Local Treasure award in Mount Clemens.

The 75-year-old Tennessee native said he’s proud of the honor and looks forward to being part of Friday’s parade.

In addition to his spiritual work, Thompson has served two four-year terms on the Mount Clemens Board of Education and 20 years on the Zoning Board of Appeals. He also hosts problem-solving classes, marriage enrichment workshops and church leadership training.