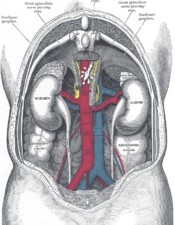 Joy McMillon
Richard Shaw was a 40-year-old single father suffering from renal failure.
Stephanie Wilson, 46, was his best hope for a life-saving transplant. The eldest of Shaw’s five siblings, she was willing and able to donate a kidney to her brother, and her husband, Chet, and two sons stood behind her choice.
Still, she was scared.
“I was praying, and I was nervous about the procedure,” said Wilson.  “But I wasn’t about to change my mind.”
The Schneider Hospital in New Hyde Park, N.Y., was familiar territory for both Shaw and Wilson. Both worked at the facility – Wilson as a pediatric resident liaison and Shaw in housekeeping, studying to become a radiology technician.
Yet when the pair found themselves on the other side, so to speak, in an operating room, their church family at the Far Rockaway Church of Christ in Queens was their true support. And the circumstances and events that led up to and followed the surgery are, to them, a reinforcement of their faith and the bonds of family.
At Wilson’s request, Cornelius Heyward, minister at the Far Rockaway church, stepped forward to lead a pre-surgery prayer the morning of the transplant.
“All the doctors and transplant coordinators and staff suddenly asked to pray with us,” said Heyward.  As he prayed for Wilson and Shaw, his words also reminded everyone that heaven itself would be in the operating room with them.
What happened next has the whole church praising God, Heyward said.
As a nurse put her hand on Wilson’s shoulder and pushed her gurney toward the operating room, she told her, “I am Mercy, and I’m going to take care of you today.”
“I said, ‘Okay, Lord, I hear you,’” Wilson said.
“Mercy is compassion,” Wilson thought, relief flooding her. “God was saying, ‘I got compassion on you, baby. Just be calm, I’m taking care of things.’ ”
The next morning — after two successful surgeries– a sore and hurting Wilson shared her experience with her recuperating brother in his hospital room.  “Ooh,” said Shaw.  “When my nurse came to me in the OR, she said her name was Grace, and she would be with me today!”  He told her that her name meant “unmerited favor.”
“He started preachin’ in the operating room,” Wilson laughed.
“You tell me God wasn’t there?  We had Mercy and Grace all around us during the whole thing.”
Heyward believes that the nurses were more than a coincidence, too. “It was what we prayed for, and God really revealed himself in a providential way to show us he had heard our prayers.”
At the 185-member Far Rockaway congregation east of Manhattan, church members have been deeply moved by Wilson’s life-saving gift to her brother, known by everyone as Ricky.
Before the transplant, they were amazed at Wilson’s example of love, not just in words, but in deed. But after hearing the story of what happened at the hospital, Heywood said they are excited and keenly aware that God hears our prayers.
“I believe everyone is praying for everything in our lives now,” Heywood chuckled.
Both Wilson and Shaw are recovering well at home and expect to return to work soon. Chet Wilson, a detective with the New York City police force, and the couple’s two sons have been instrumental in Stephanie Wilson’s healing, she said. Meanwhile, Shaw is using this time to study for certification tests that will allow him to work more directly with patients.
A grateful Wilson said she has told her story to anyone who will listen.
“We have to let people know about this,” Wilson said. “And God has to get the glory.”