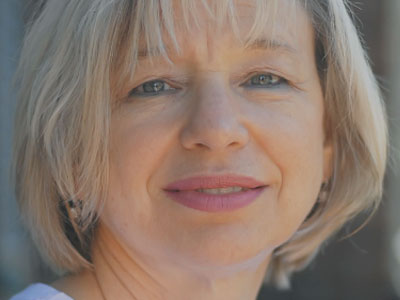 NewsChannel5.com | Nashville News, Weather
Media outlets around the world are reporting about the life and devotion of Diana Reed.
Reed, 56, died Oct. 3 in a Nashville, Tenn., hospital from a deadly outbreak of meningitis. A longtime member of the Otter Creek Church of Christ in Brentwood, Tenn., she is one of five people so far to die from the outbreak.
A memorial service is scheduled for 7 p.m. Oct. 7 at the Otter Creek church, with visitation from 3 to 5 p.m.
Investigators have traced the outbreak to injections of a steroid solution that apparently were contaminated with fungus. As of Oct. 5, nearly 50 people in seven U.S. states have been diagnosed with the rare fungal meningitis, according to the Centers for Disease Control and Prevention.
The Daily Mail in England gives additional details about Reed and the treatment that led to the outbreak:

The latest victim of what health officials are calling a ‘rapidly evolving outbreak’ of rare fungal meningitis was a dedicated child care worker who spent 20 years tending to a husband suffering from Lou Gehrig’s disease.
Diana Reed died on Wednesday afternoon at St Thomas Hospital in Nashville, Tennessee, surrounded by family members.
Mrs Reed, 56, is one of thousands of patients recently treated in Tennessee hospitals for back pain with a steroid epidural – a fairly typical treatment. But since then a tainted batch of steroids released across the U.S. has been linked to dozens of cases of fungal meningitis.

Reed the full story.
Reed’s husband, Wayne, is the namesake of the Wayne Reed Christian Childcare Center in Nashville. The center is dedicated to providing academic, cultural and social opportunities for at-risk, urban children and their parents. The Reeds were active in Youth Encouragement Services, or YES, an inner-city youth tutoring program.
In a recent blog post, Brandon Scott Thomas, former worship leader for the Otter Creek church and a longtime friend of the Reeds, describes Wayne Reed’s battle with Lou Gehrig’s disease and his wife’s dedication:

Wayne Reed was diagnosed over 20 years ago with with Lou Gehrig’s Disease (ALS). For years, his hilarious, beautiful and full of life wife, Diana, has cared for him. Most of us could foresee the way this was going. Wayne, with ALS, wouldn’t last…no one does. Generally speaking, that disease causes rapid decline. Friends prepared for the worst. Well, 20 years later, Wayne is still with us. He has had a very difficult road physically and emotionally over those years. Diana has been his strength. She fought through the battles with grace and laughter. Always quick witted, she asked hard questions and chose to LIVE life.
Then, in an oxygen suck moment, Diana found herself in the hospital struggling through Meningitis. Over the course of the last week she has gone from someone brimming with life to someone in the process of passing from this life to the next. Her brain couldn’t take the stress. After a series of strokes they moved her to Hospice care. Wayne, one of the longest surviving patients with ALS, there by her side.

Wayne and Diana Reed with some of the children they served through inner-city programs. (Photo via waynereedchildcare.org)