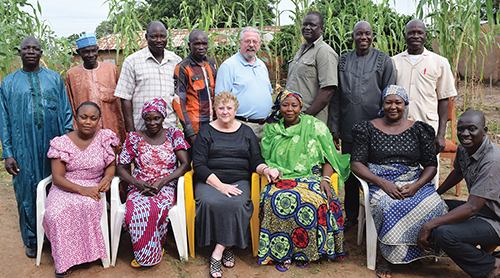 May we love Muslims as Nigerian Christians do

Lee Hodges
“Brothers and sisters, my heart’s desire and prayer to God for the Israelites is that they may be saved.”
— Romans 10:1

I think about this verse when I see news about the turmoil in northern Nigeria, a region under siege by the Islamic militant group Boko Haram. I see this same kind of love Paul talks about in our Christian brethren there.


My prayer is that we might learn to love Muslims as much as these Christians do.
I serve as president of Hope Springs International, a nonprofit that provides deep water wells, training in dry season farming and other self-sustaining works in West Africa. Our presence in northern Nigeria goes back to 2006. We operated a small agricultural training farm in Maiduguri — a Christian outpost among more than 2 million Muslims. 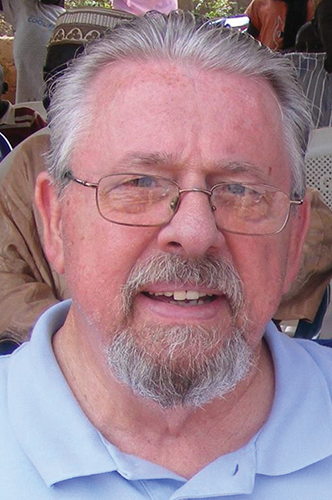 IN THE WORD | Lee Hodges
Today our work has moved to a safer location while Maiduguri is virtually surrounded by Boko Haram. The Wulari Jerusalem Church of Christ still meets there, though it is only about half the size it once was. A large military presence has made Maiduguri a safe haven for thousands that have been uprooted from their homes.
I contacted Luka Kyari, a school teacher, and asked about his home village of Chibok — where more than 200 schoolgirls, including 12 members of Churches of Christ, were kidnapped by Boko Haram last April.
“Brethren are scattered,” Kyari said. “There are some people who are still living in Chibok and congregations that are still meeting to worship, but these people are threatened — not only by Boko Haram. They have no market to sell and buy necessary things. All children in the region have no school, and sooner or later hunger will strike, since not enough time was given for farm work last year.”
This terrible conflict began five years ago as Boko Haram began to persecute Christians. It has now escalated to indiscriminate killing and torture of thousands of Muslims as well.
Yusuf Buba, another school teacher from Chibok and a minister, has to hide his tears from his children as they learn that the conflict has claimed more and more homes and the lives of other children — Christian and Muslim alike.
He doesn’t want his children to grow to hate Muslims and continue the cycle of violence. The conflict “is a prayer issue,” he said, and he petitions God fervently to protect the lives of the innocent — and to bring the offenders into a redemptive relationship with the Messiah.
The recent deployment of troops from Cameroon and Chad along their borders with Nigeria is encouraging. We also are hopeful that Nigeria’s own government will soon respond appropriately. But, ultimately, the greatest weapon in this battle is prayer.

LEE HODGES and his wife, Barbara, worship with the NorthField Church in Hendersonville, Tenn., a satellite campus of the Madison Church of Christ. See www.hopespringsint.com for more information.