'He had intellect, insight and a humble spirit that he used to stand at the front door of the angry lion of racism.'
Hamil R. Harris

In the early 1900s, African-Americans were losing their lives at the hands of angry whites stirred up by books like “The Clansman” and the film “Birth of a Nation.” But during this period, Keeble developed an ability to appeal to blacks and whites. 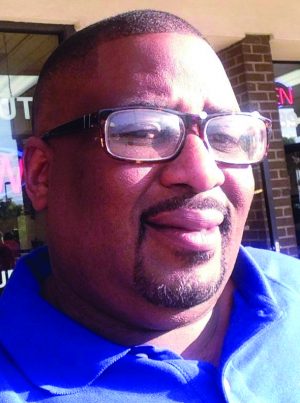 His father, Robert Keeble, was born a slave. Historians point out that Marshall Keeble learned many of the social graces of the antebellum South from his parents.

Baptized at age 14, he never went beyond seventh grade. At 18, he married Minnie Womack, who played a key role in educating her husband. She was known not to bite her tongue when it came to critiquing his early preaching.

The Keebles had five children, but two died in infancy and another in a tragic accident at age 10. Minnie Keeble died after 36 years of marriage, and Marshall Keeble outlived the rest of his children. Despite the pain of loss, he stayed positive.

He endured taunts and threats from white supremacists and once was forced to read a racist note from members of the Ku Klux Klan during a gospel meeting. On another occasion, a group of Klansmen sat on the front row while Keeble preached. One even came forward to be baptized.

As one church historian observed, “brother Keeble suffered all these indignities in silence and without any observable resentment.”

He was a master of persuasion and thinking on his feet. During a gospel meeting in Memphis, Tenn., he noticed that a rope line had been set up to separate blacks from whites attending the event.

“I can’t preach over those ropes,” he said, and the organizers took them down.

When we examine the events that have taken place in the past 50 years within Churches of Christ, we must conclude that Marshall Keeble was an anointed man of God who stood alone. He had intellect, insight and a humble spirit that he used to stand at the front door of the angry lion of racism and melt hearts — long before Martin Luther King Jr. and other leaders of the Civil Rights Movement began their important work.

HAMIL R. HARRIS, a former reporter for The Washington Post, is a correspondent for The Christian Chronicle and a freelance writer who has conducted in-depth research on the life of Marshall Keeble. His reporting on race relations 50 years after the death of Martin Luther King Jr. has appeared in The Washington Post and USA Today. He preaches for the Glenarden Church of Christ in Maryland.