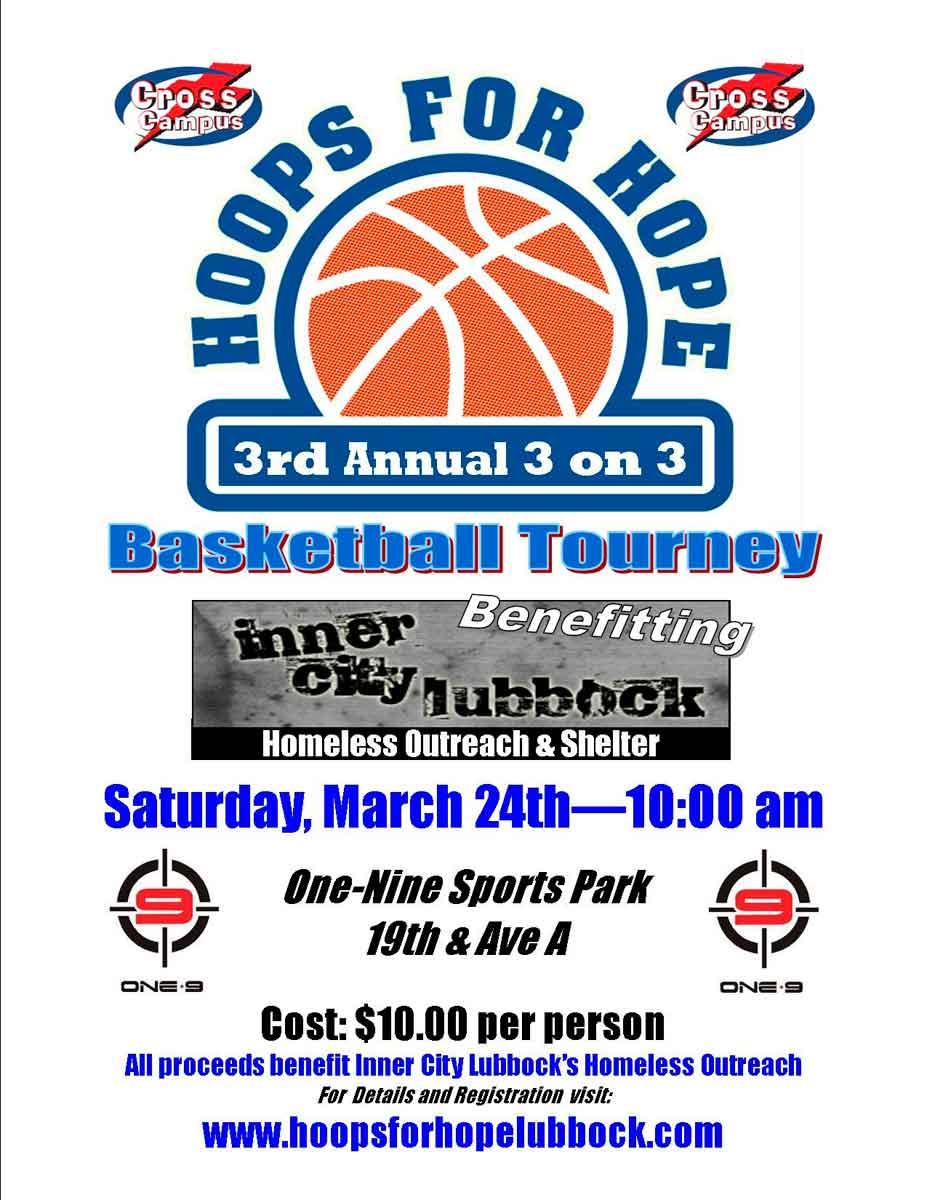 While the country checks its brackets and revels in the madness of March, two Churches of Christ host hoop-shooting fundraisers to help the homeless of West Texas and AIDS orphans around the globe.

The first is the Sunset Church of Christ in Lubbock, Texas. The church’s Cross Campus Student Ministries and Link Ministries, Inc. host the third annual Hoops for Hope three-on-three basketball tournament at 10 a.m. Saturday, March 24, at One-9 Sports Park, 205 E. 19th in Lubbock.
Proceeds benefit Carpenter’s Church and Link Ministries, both of which serve Lubbock’s inner-city. The funds that go to Link Ministries will be used for renovating a building on the property that will provide a kitchen area.
For more information, see www.hoopsforhopelubbock.com.
The second is the Collegeside Church of Christ in Cookeville, Tenn. On April 21 the congregation hosts a Hoops of Hope event — not to be confused with Hoops for Hope mentioned above.
Hoops of Hope is a fundraiser that helps children orphaned by AIDS around the world through the nonprofit World Vision.
The Herald Citizen in Cookeville features Eli Wheeler, who will shoot hoops during the April event — which also is his eighth birthday. 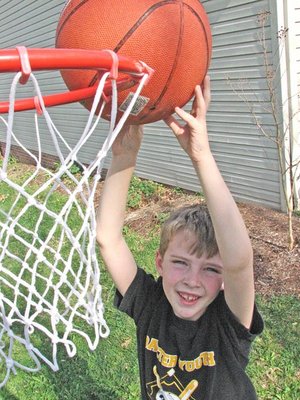 Eli Wheeler, soon to be 8, invites the community to his Hoops of Hope birthday party on April 21 from 9 a.m. to 3 p.m. at Collegeside Church of Christ in Cookeville, Tenn. (Photo by Amy Davis, via www.herald-citizen.com)

“It’s kind of like a walk-a-thon except it’s a shoot-a-thon for basketball,” said Gwynn Wheeler, Eli’s mother. “Participants will raise money for children who have been orphaned in Africa because of AIDS.”
Hoops of Hope is a non-profit organization started in 2004 by a 10-year-old Austin Gutwein, who, on World AIDS Day that year, shot more than 2,000 free throws to represent the more than 2,000 children who were orphaned during his day at school. Since then, his efforts have resulted in more than $2.5 millon being raised to help the orphans, and he’s been getting the word out to other kids to help with awareness and fundraising.
Kids like Eli.
“When I saw that it made the kids so sad when they lost their parents, I wanted to do this so they could actually build schools, medical clinics and stuff like that,” said Eli, who found out about Hoops of Hope through an article he and his family saw in a World Vision newsletter.
His mother said, “World Vision is a charity organization we support. Through it, our family has been sponsoring a child in Africa named Senele. They’re a very reputable aid organization and have done a lot of big things.”
Things like Hoops of Hope — which was particularly appealing to Eli, who got his first basketball goal at age 2.
“He got all excited and said he wanted to do that for his birthday party,” Gwynn said. “We figured we could make it small or we could make it big.”
So, they decided to try for “big.”